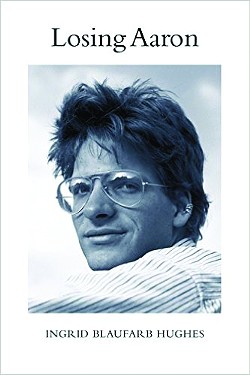 In this memoir, New Paltz-based Hughes tells the story of her son Aaron's suicide. An intelligent, wry doctoral student studying physics at MIT, Aaron began showing symptoms of schizophrenia at 24. Weaving art, letters, and journal entries from Aaron with her recollections and reactions, Hughes provides a poignant example of introspective reflection. The series of memories that Hughes captures in vivid scene writing illustrates the unthinkable grief surrounding loss while examining how mental illness affects everyday lives.

TALES OF A SILVER-HAIRED VOLUNTEER: GOING FAR AND GIVING BACK

Warwick-based Carole Howard and her husband decided to take a late-in-life cross-continental journey through the American Jewish World Service Organization. She and Geoffery began to practice tikkun olam, or healing the world, in a series of volunteer trips. Risk-taking and adventure are neatly laid out with a humorous voice and humanitarian theme in the memoir. Whether about working with gorillas in Uganda, on gender issues in Thailand, or with sex workers in Ghana, Howard's "verbal snapshots" are an intriguing chronicle of what happens when you shake up your routine for the betterment of the world. 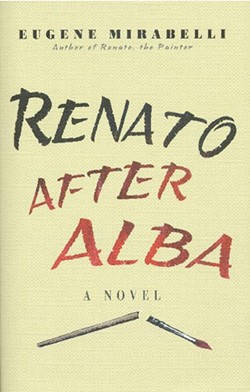 Ten years after his debut in the novel Renato, The Painter (2013 IPPY Award for Literary Fiction), elderly painter Renato Stillamare must face a new challenge—the sudden death of his wife Alba. He struggles with loneliness and aging. He attempts to continue routines. In fragmentary, poetic prose, UAlbany professor emeritus Mirabelli chronicles the adumbrating waves of grief. This novel combines pieces of philosophy from St. Augustine, John Donne, and a Sicilian-American family (Uncles Zitti and Nicolo offer sage wisdom throughout) with vivid first-person sections devoted to Alba, dreams, memory, and living with loss.

Kingston-based photographer Jeffrey Milstein's latest series was taken in a variety of mobile home parks in Palm Springs, California. Milstein's photos show the individuality of each exterior of the mass-produced, often pastel-hued creations from the mid 20th century. "Over the years, they had been lovingly added to and decorated so that they became more than mere houses. They were highly personal, individualized homes reflecting each owner's dreams," Milstein writes in the book's introduction. Known for his aerial photography, Milstein's pictures are taken at eye level in this series, as if the viewer were looking directly at them from the street. And though taken from afar, the photos reveal a sense of intimacy.

RISK GAME: SELF PORTRAIT OF AN ENTREPRENEUR

This memoir contains blended stories of philanthropy, business, and pleasure by Art Omi founder and chairman Francis J. Greenburger. Risk-taking happens both personally and professionally for Greenburger: From learning about the family publishing business, starting SoHo business ventures in the late '70s, and experiencing real estate empire growth in the '80s, to Time Equities Inc. and beyond, Greenburger's professional flexibility is surmounted only by his willingness to try new ideas. He invests in a multimillion dollar skyscraper during the economic recession. He begins to advocate for mental health and prison system reform on behalf of his son Morgan, after seeing his treatment at Rikers. Each section brings a fresh set of goals and ideas from Greenburger, packaged together in this multidecade-based work.