Longtime Vassar professor Bergon pulls no punches with this gritty tale set in California’s San Joaquin Valley. His working-class antihero, a two-fisted brawler with a tortured conscience, narrates “the story of how I came to kill my best friend” with a hardscrabble eloquence that recalls John Steinbeck and Woody Guthrie. Reading 9/9 at 7:30pm, Oblong Books, Rhinebeck.


Rejoice in My Gladness: The Life of Tahirih
Janet Ruhe-Schoen
Baha’i Publishing, 2001, $18

In 1848, the same summer that suffragists gathered in Seneca Falls, an Iranian poet named Táhirih (“the Pure One”) entered a tent full of men with her face unveiled, provoking howls of outrage, death threats, and an onlooker’s suicide. Beacon author Ruhe-Schoen revisits this feminist martyr in prose that sings and soars. Reading 9/15 at 2pm, Howland Public Library, Beacon

A kayaker has an especially intimate relationship with her surroundings, and Tivoli resident Rogers is a peerless observer of life on the Hudson, including her own. Like the craft she favors, her graceful memoir seems to glide effortlessly yet constantly dips below the surface, moving fluidly from the sound of katydids and the tidal habits of spatterdock to revelations of loss and love. Reading at 9/23 at 7:30pm, Oblong Books & Music, Rhinebeck.

What better way to celebrate Mayapple Press’s arrival in Woodstock than this peyote-fueled saga of rebirth on Tinker Street? NBA-nominated poet Lerman’s eponymous heroine, a youthful devotee of a fictionalized Carlos Castaneda, encounters a blast from her past on the Village Green. Who says there are no second acts in American lives? Reading 9/16 at 7pm, Golden Notebook at the Kleinert/James Arts Center, Woodstock.

Newburgh actor/teacher Sandler is a bold playwright, unafraid of sentimental or spiky emotions. In the title one-act, a mother coddles and rants as her son catches nothing but boots; after her death, he hooks something miraculous. “Two Boys and a Balloon” is a witty theatrical riff on aggression; “Duck Talk” deals with relationship anxiety, and “When the Bedbugs Bite,” with unspeakable loss. Bravo!

A Gulf War veteran inherits a neglected farmhouse, “Handing down its history to those who take the time / to take the time.” In this deft interweaving of poetry, prose, journal entries, and eloquent lists, SUNY New Paltz professor Carr digs deep as his hero sifts through the house’s vertical history, unlocking its secrets and slowly releasing his own. “A gift was given, and the house stood sound and safe.” 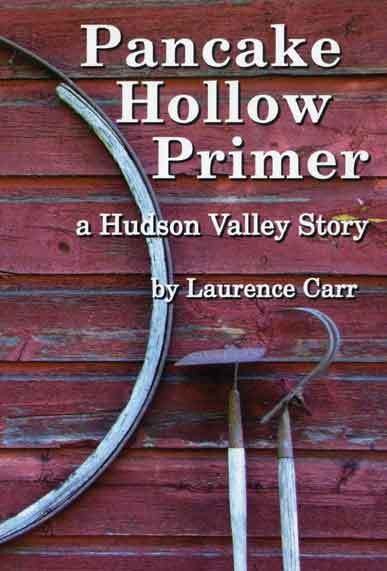