Hotels, Hospitals, and Jails
Anthony Swofford
Twelve Books, 2012, $26.99
The bestselling author of Jarhead offers a no-holds-barred look at the wild ride of fame and the tug of old wounds. Written in a Mt. Tremper cabin where he went to escape his excesses—drugs, drinking, fast cars, and sex (“I was a Zen master of infidelity”)——this blistering memoir digs into the trenches of father/son conflict and the aftereffects of war, ending with the birth of Swofford’s daughter and a new lease on life. 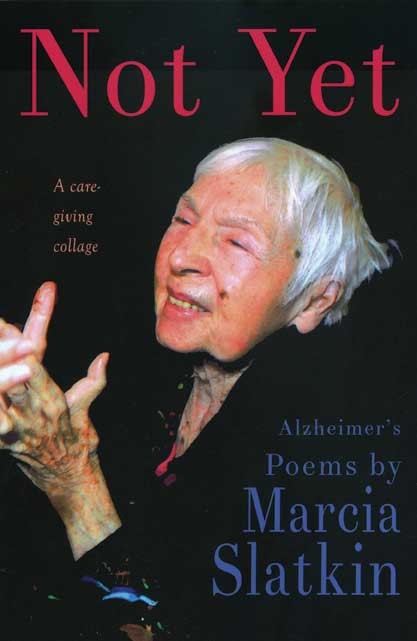 Not Yet: A Care-giving Collage
Marcia Slatkin
SFA Press, 2012, $17.95
In this suite of clear, intimate poems—“a farce / of confusion, a lyric / taming fear,” Slatkin finds the universal in the specific, painting a detailed double portrait of an aching caregiver and the Alzheimer-stricken mother whose feisty personality persists behind the walls of her dementia, “craving / bridges to span / billions of gaps.” Reading 10/6 at 5:30pm, Half Moon Books, Kingston; 11/3 at 7pm, COW at Outdated Cafe, Kingston.

O, Beautiful End: Memorial Poems
Geoffrey Shugen Arnold, foreword by Anne Waldman
Dharma Communications Press, 2012, $14
In Japanese Zen tradition, memorial poems or jisei are recited as a gift to the departed. Abbot Geoffrey Shugen Arnold wrote each of these poems for memorial and funeral services at Mt. Tremper’s Zen Mountain Monastery and elsewhere. Eloquent, simple, and timeless, the book begins and ends with poems for the late Daido Roshi: “nine bows / to an empty seat.” Reading 10/14 at 4pm at the Phoenicia Library.