Beware the Ides! Five Hudson Valley authors take a walk on the dark side, and one charts the ways in which music can turn on the light.

There's a wannabe vampire on the loose in the lower Manhattan steampunk scene, and profiler Lee Campbell is on a quest to assemble the puzzle pieces amidst a quirky crew of cops, a city recently traumatized by 9/11/2001, and a host of his own issues. Upstate/Downtown scribe Lawrence provides a liberal helping of character study and existential angst mixed with skin-crawling suspense. 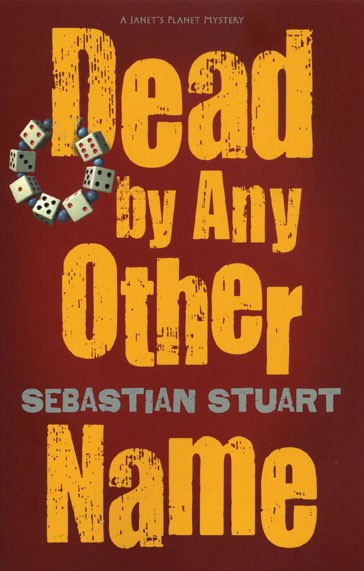 Dead by Any Other Name

Another outlandish mess for Janet Petrocelli, Stuart's retired therapist-cum-investigator. She strives to be a simple Ulster County junque shop owner, tooling around to yard sales, but people keep telling her things. Sideswiped by "some swirling vortex of a lost girl, her narcissistic parents, shady boyfriend, kinky sex, and murder," she rises to the occasion with ample moxie. Lively fun with a strong sense of place.

Rhinebeck's Rothschild and Ayton invents their own genre for this hard-boiled tale of a sportswriter and an auburn-haired restaurateur who meet at a Gamblers Anonymous meeting and the racetrack, getting over their heads in corruption and murder. The pungent text and evocative black-and-white paintings don't cohabit frames as in most graphic novels, but deliver the goods side by side, like a shot of whisky and a chaser.

Kill Me if You Can

An art student and Marine vet discovers a bag of diamonds in a Grand Central locker, appropriates them, and heads off to Europe, where diamond mob folks of course try to kill him. Oodles of drama and gore ensue. Though Patterson addicts will have a blast, Karp's readers will miss the emotional depth and good-humored grace of the Woodstocker's Lomax and Biggs series.

Set in the early 1970s in a thinly veiled version of New Paltz, SUNY prof Robinson's seventh novel investigates what happens when the greater cultural turbulence of the Sixties rains down on one family. A searching and satisfying tale of a conventional man adapting to an unconventional era. Readings: Woodstock's Kleinert/James, sponsored by Golden Notebook, 3/10 at 5pm. Dorsky Museum, SUNY New Paltz, 3/13 at 5pm.