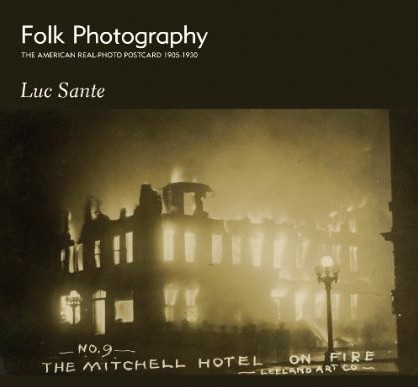 Folk Photography: The American Real-Photo Postcard 1905-1930
Luc Sante
Yeti Press, 2009, $24.95
Real-photo postcards were made in dark rooms by marketeering amateur photographers a century ago, and were once a trendy mode of communication in rural America. In his latest book, Bard professor Luc Sante presents a sampling of his own “RPPC” collection, and an essay that historicizes this demotic genre, whose unsmiling subjects derive from a time before the blending of self-awareness and photography.

How To Be Inappropriate
Daniel Nester
Soft Skull Press, 2009, $14.95
If the flipped-finger cover art doesn’t make you laugh, you are definitely not the right reader for this portrait of the artist as a compulsive rule-breaker. “I tell these stories to explain why people stop liking me,” Nester writes, before launching into dryly hilarious disquisitions on such cultural phenomena as mooning, indoor tanning, Gene Simmons, and a personal timeline of inappropriate behavior.

Silent Screams
C.E. Lawrence
Pinnacle Books, 2009, $6.99
There’s a dead woman in the very first sentence, naked and draped over a church altar with part of the Lord’s Prayer carved onto her body. Also on the scene: a sensitive criminal profiler, a cigar-chomping detective, and a querulous priest. Lawrence’s fresh take on the twisted-serial-killer genre is a high-octane, compulsively-readable thriller that gets New York right.

Jam & the Box/The Fluffys & the Box
Robert B. Wyatt
A Wyatt Book, 2009, $13/$10
Publishing maven and erstwhile bookseller Wyatt makes a delightful fiction debut with these paired shaggy-cat stories of a newly widowed man’s unconventional road to recovery. It takes a village, they say, and Highkill, NY (a perfect-pitch Woodstock in mufti), is a grand place to disprove Fitzgerald’s maxim that there are no second acts in American life.