Shanley and the Deep Blue Sea 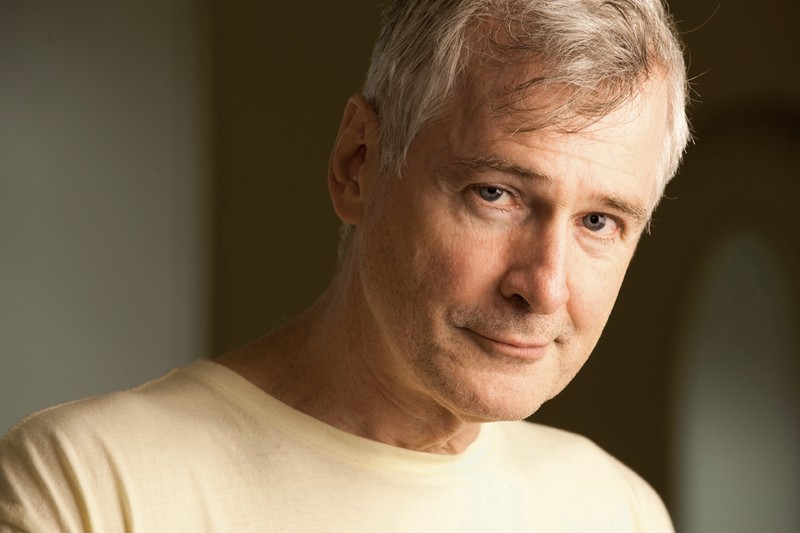 Your Broadway play wins a Pulitzer Prize, a Tony, and a Drama Desk Award. You write and direct a film adaptation, which is nominated for five Academy Awards and as many Golden Globes. What do you do for an encore?

The playwright, screenwriter, and director is presenting a staged reading of his latest play, “Pirate,” as part of New York Stage and Film’s 25th season at Vassar College’s Powerhouse Theater. Emerging from a six-hour rehearsal, he blinks in the sunlight and speaks in a gravelly rasp with the unmistakable cadence of his native Bronx. “It got nice out. Let’s walk.”

Shanley strolls across campus at an easy lope. His manner is quietly confident, verging on cockiness; this is far from his first interview. He can be gracious, even courtly, but there’s also a sense of some inner lava on permanent simmer.

The youngest of five, he grew up in East Tremont, a working-class neighborhood full of Italian and Irish immigrants. His father was a meat-packer, his mother a telephone operator. The home was tumultuous, and Shanley was often in neighborhood fistfights. He started school at St. Anthony’s, a Catholic grammar school that served as his model for “Doubt.”

When Shanley was 11, he started writing “kinda sorta Edgar Allan Poe poetry, gangster 1920s machine-gun kind of stuff.” By 13, he’d written a four-line poem about the Holocaust that caught his teachers’ attention. “People took notice of me,” he says. “They thought I had something.”

That wasn’t the only reason people took notice: The rebellious teenager spent virtually every afternoon in detention at Cardinal Spellman High School. The poet and the pugilist came together when he worked on the stage crew of “an amazing production” of “Cyrano de Bergerac.” “I loved the depiction of the poet as the toughest guy in the room–and a freak,” Shanley says with a wild, braying laugh. “And that a poet can be in the theater. And I liked colored lights.”

Midway through high school, Shanley was expelled. He spent the next two years at a Catholic-run private school in Harrisville, New Hampshire, which he describes as “500 acres on top of a mountain...snowy, windswept—that’s all it is, is winter.” There were 55 students, all boys. “It was very intense, very different from the Bronx,” Shanley says. Here, too, teachers encouraged his talent for writing.

He enrolled in New York University, but, characteristically restless, dropped out after a semester to join the Marines. After a two-year tour of duty, he returned to NYU and took “every writing class they had. The last one I took was a playwriting class. As soon as I started writing dialogue, I knew that was what I did.” The final project was writing a one-act play. Shanley wrote a full-length instead; it was produced three weeks later.

Inflamed by his newfound passion, he churned out play after play, with Off-Broadway premieres nearly every year at such theaters as the Vineyard, Theater of the Open Eye, and Ensemble Studio Theater. “I earned on the average $75 to $100 a year as a playwright for 10 years,” he says without irony. He supported his playwriting habit with a series of blue-collar jobs: unloading trucks, painting houses, and working as a moving man, elevator operator, bartender, locksmith, and glazier. At 34, he went to work in the licensing department of Dramatists Play Service. “I’ve never had another job to this day,” he pronounces with deep satisfaction.

Write or Starve
Shanley’s next production was “Danny and the Deep Blue Sea,” an explosive two-hander about a volatile guy from the Bronx and the equally bruised, angry woman he meets in a bar. A joint production of Circle Repertory Company and Circle in the Square, it starred John Turturro and June Stein. Shanley, who seems to remember the details of every paycheck, earned $5,000. That and a $17,000 NEA grant allowed him to patch together a living for over a year while he explored a new genre, having made a commitment to quit taking day jobs. “It was write or starve.

I thought, ‘I better learn to write screenplays if I want to make a living,’” he says.
He read lots of screenplays and wrote two on spec. “And they made them,” he marvels, still sounding awed. Five Corners was optioned by the first person who read it, director Tony Bill, with ex-Beatle George Harrison as his executive producer; it starred Jodie Foster and Tim Robbins. “People kept telling me, ‘It doesn’t happen this way,’ but it did,” Shanley says.