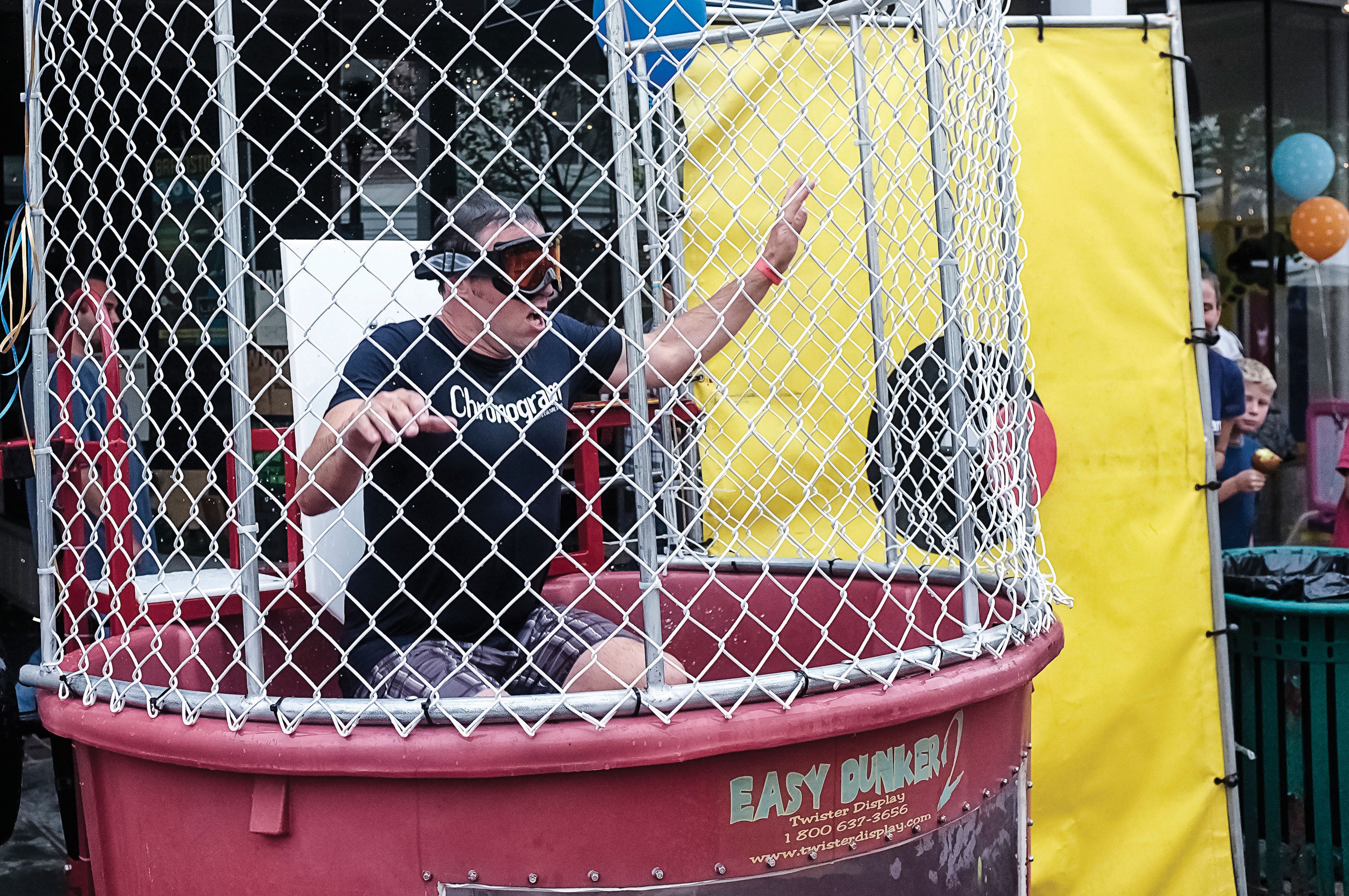 Our dog, Shazam, is quirky. For instance, he'll stand with his head thrust into a bush for 10 minutes, unmoving, gently flaring his nostrils as if in floral reverie—behavior I've never seen in any other dog. Lee Anne refers to this as Shazam's "Nature Boy" pose. I'm sure dog psychologists the world over understand why a dog would do this, but to me, it just seems like our dog has a goofy, Ferdinand the Bull-like love of hedges. (Unlike Ferdinand, however, Shazam is always spoiling for a fight, preferably with smaller mammals.)

Despite some unusual behavior, Shazam—to my great and ongoing disappointment—is something of a conformist. I shouldn't let Shazam's conformist behavior upset me so, as I have as much control over his brain-wiring as I do the placement of his spots. Like when Shazam and I take a walk and passers-by comment, "My that's a handsome dog." At the same time my chest swells with pride, I smile and say, "Thank you. I had nothing to do with it." Which is true—Shazam and I share no DNA. I did not sire a pointer mix. Yes, we feed him organic dog food and have "trained" him (dog owners know why that word is in quotes), but on a fundamental level, Lee Anne and I share our home with a domesticated wolf.

Here's how the conformist behavior manifests: Shazam hates the mailman. I ask you: Is there anything more stereotypical than a dog barking at a postal worker? It's so on the nose, so straight from central casting, that it's beyond cliché. It's ridiculous.

Every morning (except Sunday, of course), the mailman does a loop down the opposite side of the street then back up the hill on our side. On Saturdays, when I'm home, I can track his progress through the sounds my neighbor's houses make: The clank of Alan's gate, the creak of Rob's mailbox, the squeak of the gate of the uncivil neighbors next door whose names I refuse to know.

Shazam tracks the mailman's progress too, standing with his ears perked up and hair standing on end in our living room, waiting. When the mailman finally mounts our porch and drops the usual irrelevancies into our mailbox, Shazam leaps at the front door, barking and snarling, digging his claws into the door and the wood frame and smudging the pane of glass that comprises most of the top half of the door with his nose and heavy breathing. (The digging-his-claws-into-the-door thing is a problem.) As the dog barks to beat the band, the mailman sweetly says, "Hi Shazam!" and continues up the street, where the rest of the dogs on the block are already barking, having heard Shazam. The postman knows all the dogs by name: "Hi Lily!" "Hi Max and Posie!" "Hi Blooper!"

(Behavioral side note: I've been told by more than one source—so it must be true—that Shazam's behavior is reinforced by the mailman. Shazam thinks the mailman is a marauder coming to attack the house; he must defend the house from the mailman/marauder so he barks and snarls and jumps at the door. Each time the mailman/marauder steps onto the porch, he is repulsed by Shazam. To the dog's credit, he wins that battle every time.)

Before I get every dog trainer in the region offering me their services, let me say a few things. First, I believe I've fixed the problem—more on that in a minute. Second, yes, it's been a pain in the ass to have to repaint the door every summer for the past four years and continually fill in the frame around the door with wood putty and repaint that too. I'm basically a lazy person who would rather not continually tinker with his house if he doesn't have to. But as neither Lee Anne nor I are home during the day, we had no way of stopping Shazam from his heroic daily defensive routine. (Undoubtedly this is where the trainers all chime in with fancy behavioral modification tricks.)

Shazam's war with the mailman escalated in late June. I came home from work to find the pane of glass on our front door splintered with cracks. I didn't need to be Sherlock Holmes to deduct what had happened. A few days later, the mailman confirmed it. When he came up the porch steps, Shazam took a flying, snarling leap at the door and cracked the glass. "I told him," the mailman said to me, "I said, 'Shazam, I knew one day you were gonna crack that glass and now you've finally gone and done it.'" The mailman, whose name is Tim, in case you're wondering, said that he made sure the dog wasn't hurt before continuing on his route.

After all reasonable excuses were exhausted, I set to work on getting a new door. And by "set to work," I mean I called my friend Taylor, a carpenter, who gave up his Saturday to help me install the new door. And by "help me," I mean Taylor did all the work and I handed him a tool every now and then and stood around in an abject and useless manner.

The new door, with high-set windows, is now in. It's a beaut. And Shazam, he hasn't jumped at the new door once. He just sits on the stairs and looks out through the high-set windows and barks every time the mailman comes around. The mailman hasn't gotten in yet. Good dog, Shazam.