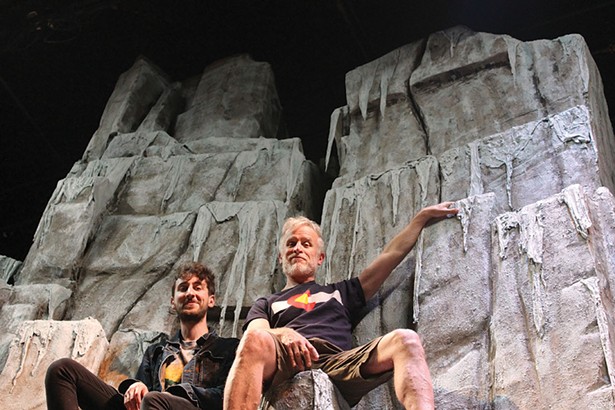 Two men with opposing outlooks on life are stuck on K2, the second highest mountain in the world. Taylor is a womanizing attorney, and Harold is a family man and a physicist. Together, they find themselves trapped on an icy ledge 27,000 feet high, and one has a serious injury. Facing death head-on pushes the unlikely climbing duo to dig deep and reveal new sides of themselves. Playwright Patrick Meyers weaves this suspenseful and emotional tale in the play "K2," which ran on Broadway for a few months in the early '80s and the New Yorker called "unexpectedly thrilling from start to finish." See a performance of the show, directed by Brendan Burke, at Shadowland Stages in Ellenville from June 2 through June 17. (845) 647-5511.