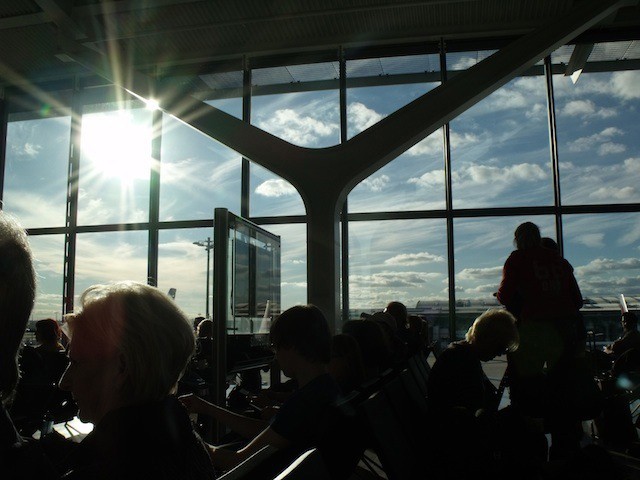 This week’s big astrological news is that we’re approaching the second in this season’s pair of eclipses. On Sunday, Feb. 26, the Pisces New Moon (exact at 9:58 am EST) will also be a partial solar eclipse.

Eclipses often bring surprises. They’re also great events to use as leverage if you need to shift patterns of behavior, move into a new phase of growth or reorient your intended trajectory. Often one eclipse in the pair seems to be more about embarking on or embracing new territory, while the other resonates more with the idea of releasing what is not working or is no longer needed.

Astrologically speaking, Sunday’s eclipse looks more like the second type. Yet depending on what you’ve set in motion or where you are in the process, it could be that you’re more focused on your new intentions -- and what needs to fall away will do so of its own accord. Or you might find yourself being more intentional about choosing to leave something behind.

Interestingly, the Sun and Moon will form their New Moon conjunction while still fairly early in Pisces. This puts them exactly between the centaur planet Nessus and the planet Neptune.

Nessus raises the question of healing from past emotional pain -- and indicates that this process of healing is in your hands. New Moons indicate beginnings. Beginning the process of addressing and moving on from past transgressions, trauma or abuse (including that with a sexual component, though not necessarily) can be an incredibly difficult, delicate endeavor. But it’s not impossible; and the payoff is getting an important part of yourself back.

Neptune brings in questions of illusions, denial and dreams. Whether Neptune is indicating something positive or negative can be difficult; it’s a slippery energy that tends to dissolve or obscure rather than clarify. Yet Neptune can also signify creative energy, artistic vision and soul-level love.

How can you know whether you’re operating under a delusion or clarifying your vision this week?

Eric Francis said something in his Planet Waves FM broadcast on Tuesday that definitely applies here. Paraphrasing slightly, he remarked that if you’re on a quest for knowledge, what you learn has to be allowed to change you, and to influence your choices and actions. And this process requires nonstop awareness and alertness.

That’s pretty key if you decide it’s time to start therapy to sort out your shit and heal longstanding wounds. Same if you’re determined to focus a vision for your life and set about achieving it. In either scenario, you need to allow yourself the space to let what you learn work on you.

We don’t become sparkly new people simply because we decide it’s time to be someone new, and then dress differently. It’s a very gradual process. Most of the time, we barely notice it’s happening. Then one day, we look around and realize that we no longer have such-and-such bad habit; or we’ve added some skills and self-confidence; or past triggers no longer make us panic; or an opportunity has emerged and we’re in a position to take it that we weren’t in a few years ago.

Yet once in a while, this process gets compressed -- and we can actually look back at a certain moment (or week, or month, or decision) and say, “Wow; that set so many things in motion and totally changed this one facet of my life.”

The couple of weeks between eclipses can be like that. I don’t want to freak you out or get your hopes up; eclipses can also come and go with barely a ripple in your personal circumstances. Yet Sunday’s eclipse has some interesting symbolism attached to it.

There’s a system of symbols assigned to each of the 360 degrees of the zodiac, called the Sabian symbols. The symbol for the Pisces New Moon and eclipse, which is at 9 Pisces, is, “A jockey spurs his horse, intent on outdistancing his rivals.”

Perhaps the most helpful piece of explanatory text (by astrologer Dan Rudhyar) for this symbol describes the need to dismiss “every superfluous weight” and “every unnecessary consideration” to reach a social goal. Most interesting is the keyword: SELF-QUICKENING.

“Self-quickening” relates to self-actualization: bringing your spirit, and your awareness, fully to life. But it also implies moving faster in a more literal sense. And moving faster -- with ease and agility -- happens better when one is traveling light.

If you’ve made any kind of significant trip (especially something like backpacking, or anything involving airplane travel), you have an idea of how this works. You start with what you think you need to take with you, and then you reassess: How many of those items are truly essential? What can you buy at your destination if you find you really do need it? How many items could easily be left at home and not be missed? Which things fit a glossy-magazine image of “traveler,” but don’t actually suit how you travel, or the point of the trip?

In other words, to travel light, you have to be able (and willing) to recognize what’s not needed and let it go. And when we’re called upon to embark on a phase of “self-quickening,” a similar (if less tangible) process of may be necessary. What habits, fears, patterns, relationships, illusions, previous goals, past hurts, old mental scripts and so on can be left off the packing list for this next phase of your journey?

Where do your dream vision for your life and your process of healing intersect? They can support each other. It requires letting what you learn change you, as mentioned. But it can be done -- and, chances are, the more alert you stay to what is true for you and act on it, the lighter those metaphorical suitcases will get.