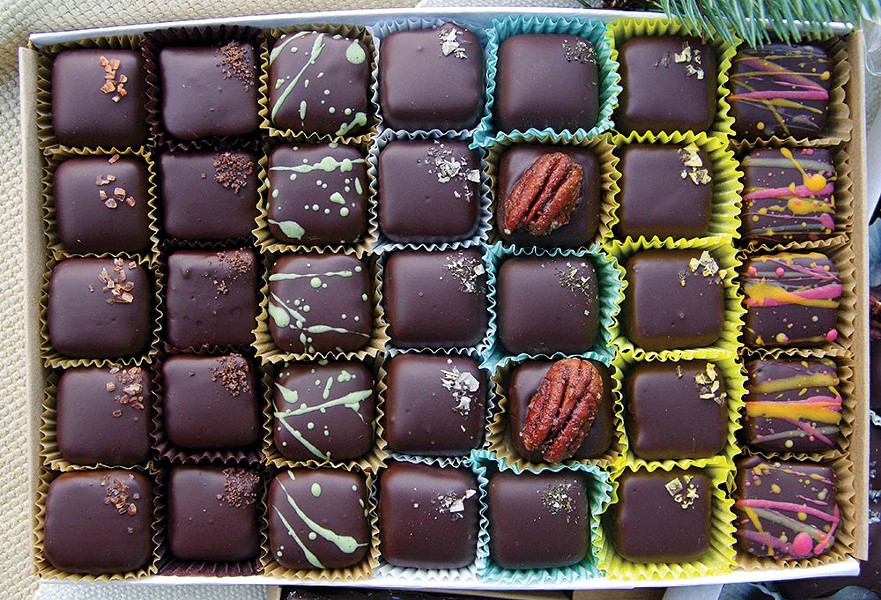 Rainbow doughnuts. Chocolate. Lattes. Sound vegan? Normally, one wouldn't think so. But in the Hudson Valley, anything is possible.

In June 2015, two vegans met for the first time and conversed on a Facebook thread. Animal rights activist Rebecca Moore and Sande Nosonowitz, a certified vegan transition coach, agreed that there was something missing from the vibrant Hudson Valley food scene—a vegan festival. After moving the conversation off social media and connecting via e-mail, the two met in person and began brainstorming ideas for the project which, two years later, became the Hudson Valley Vegfest.

The number of vegans in American has skyrocketed by 600 percent over the last three years. Grown out of the desire to educate people about the environmental impact of their food choices, to end animal cruelty, and to encourage plant-based, animal-friendly lifestyles, the Vegfest will offer food and cooking demonstrations, music, a film screening of What the Health, fitness demonstrations, and more. More than 80 vendors—including Vital Alchemy, Wendy's Vegetarian Kitchen, and others—will be offering vegan food, clothing, cleaning products, cosmetics, and more. Safe Haven Farm Sanctuary, Catskill Animal Sanctuary, Woodstock Farm Animal Sanctuary, New York Farm Animal Save, and other animal sanctuaries will also be in attendance.

World-renowned speakers, animal rights' activists, musicians, vegan chefs, authors, bodybuilders, and presenters will share knowledge and give insight into the vegan lifestyle. "The event isn't just about what's happening at a local level; it's something that we can change in our daily lives that will have an impact on the world level," says Moore, who has spent the last 10 years working with rescued farm animals.

For the two founders, being vegan is an environmental choice to reduce their carbon footprint—in addition to the health benefits. "So many people think we don't have control over changing things for the better. This is saying we actually have control over ourselves and changing the world for the better," says Nosonowitz. Moore and Nosonowitz are planning to make the festival an annual event. (The two are also involved in another project founded by Moore—the Institute for Animal Happiness, an animal rescue sanctuary which fosters artists and conducts arts-based education related to animals.)

"If people have been curious about veganism—or even not curious—if they heard about it and thought they had an idea of what it is, we hope they'll come, and we can prove that it's much more than what they thought it was. That it's a much bigger world and that it is joyous, exciting, profoundly innovative, and really about so many positive things for everybody," says Moore.

Sponsored by the Institute for Animal Happiness, the Hudson Valley VegFest returns to the Gold's Gym in Poughkeepsie on November 3 and 4 and will feature over 80 holistic vendors, chefs, food producers, food activists, and speakers such as Dr. Milton Mills from the film What the Health and published MMA fighter Omowale Adewale. $10.