Seek Yourself with Sun-Venus, and Then What? | Weekly | Hudson Valley | Chronogram Magazine

Seek Yourself with Sun-Venus, and Then What? 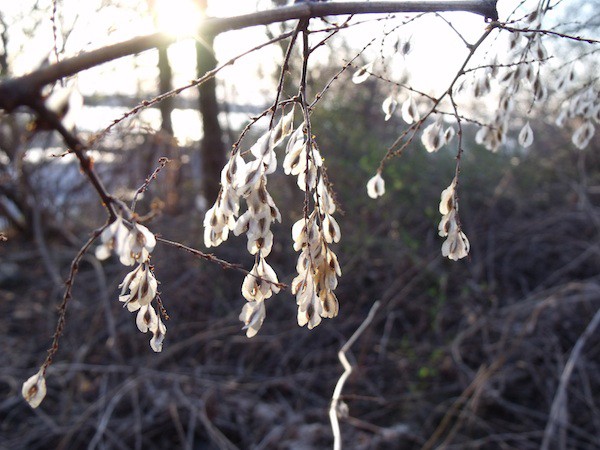 In the midst of a political landscape that keeps getting weirder (and, for many, ever more unnerving), have you noticed any strange glitches, bloopers or unexplained tech issues this past week? No, Mercury is not retrograde. But it’s possible you might be experiencing a bit of a copycat effect.

The culprit? Dear, sweet, named-after-the-goddess-of-love Venus, believe it or not.

Don’t panic if you have not noticed anything amiss—and don’t panic even if you have. Even though a period of Venus retrograde (which we’re experiencing until April 15) can sometimes mimic Mercury retrograde, the effect is not necessarily going to show up for everyone. If you have, however, noticed things going a little wonky, rest assured that you are not losing it. You simply might need to make a greater effort to stay focused on what you’re doing, and be patient while you work things out.

Better yet, Venus retrograde—including any SNAFUS you experience -- can offer valuable reminders of the things that matter most to you, and what you need to do about them. As with any retrograde, this experience is likely to come in the form of taking an internal inventory or review.

That internal review reaches its midpoint this Saturday, as retrograde Venus conjoins the Sun in Aries. A Sun-Venus conjunction can indicate “self-seeking” behavior, which can mean selfish. Yet I’d say it’s possible to interpret “self-seeking” in a more productive, helpful way:

What does it really mean to seek one’s Self?

Life on the internet does not encourage introspection; it tends to crowd out the sense of inner space that’s needed for looking inward to be effective. In such an image-obsessed culture as ours, the question about what or who one is—deep down—can be a scary one. If your core values, needs and desires run counter to what ‘everyone else’ professes, or counter to your own carefully curated online persona, where does that leave you?

It actually leaves you in a position to be that much stronger, more ethical, more compassionate, more artistic, more influential and more genuinely expressive than you ever have been before. It leaves you with being real. As an added bonus, you get to be more comfortable in your own skin, no matter what else is going on around you.

It’s not necessarily an easy process. There will be steps forward and steps backward; some relationships will fall away or evolve, and new ones will emerge. The process of ‘seeking yourself’ might not even have a real ‘end’, and it’s often helpful to engage in some kind of therapy or other counseling work at various stages along the way. But the process holds value, beauty and the potential for actual love of oneself—all core Venus themes.

If something about this first half of Venus retrograde has felt at all edgy, bumpy or intense, the second half is likely to soften considerably. April 2, Venus will slide backwards into late Pisces—a much easier place for Venus to be, and a sign more conducive to introspection and subtlety.

Between now and then, however, we have to balance some very externally oriented astrology with the introspection. Specifically, I want to mention what Mercury is doing—because Mercury is associated with mental processes. And there’s so much happening in the world to keep our minds busy these days—from travel restrictions to weather events to a potentially dramatic (and devastating) restructuring of governmental social programs, and more.

Mercury is currently in late Aries, a cardinal sign, and it is moving through a highly charged grand square with planets in the other cardinal signs, from today through Sunday. In order of Mercury’s contact with them, those planets include: Pluto in Capricorn, Jupiter in Libra, Vesta in Cancer, and Uranus and Eris in Aries. Since those planets all move considerably slower than Mercury, they are descriptive of longer-term trends: things like the restructuring of institutions, the revolution being waged by the internet on our consciousness, social justice movements—and the ways these things are interconnected.

Earlier this week on Planet Waves I suggested it might be helpful to notice how plugged in you feel regarding what’s happening in the world around you. I asked, “Can you articulate your thoughts about it, including your sense of identity or your role in the face of the chaos?”

It could be that you feel like you’re just treading water, or like you’re on the verge of burnout. Maybe you’re ready for some escape.

It’s okay to take care of yourself. After all, that is what will enable you to stay involved in positive ways—ways that are about being a kind neighbor, a caring friend and a part of the solution in any given situation.

These themes and your engagement with your wider community are also absolutely connected to the introspection of Venus retrograde. They might not sound related, but they are.

A conjunction between Venus and the Sun can signify a desire to surround yourself with beauty and to “escape into a brighter, prettier world,” as astrologer Robert Hand has written. It also can precipitate a need to express yourself, possibly in creative ways.

Just imagine if, with Venus retrograde, as you get to know your deepest values better -- that is, who you are -- you feel the urge not only to express that, but to actually create the “brighter, prettier world” you’d like to inhabit. I can think of many ways that desire, informed by a deeper sense of self, could intersect with the chaos of the world and serve the highest good of all. Sound like a plan?