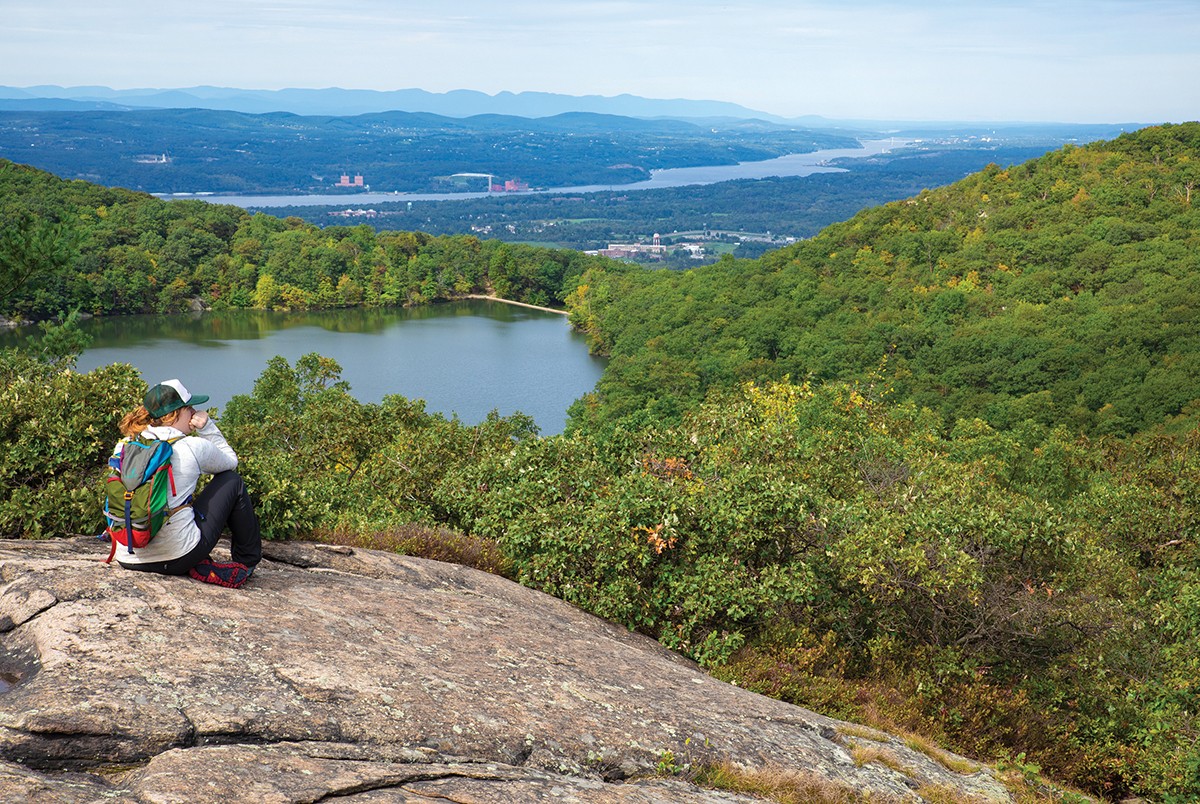 "Scenic Hudson's parks are a playground, science laboratory, art studio, outdoor classroom, and sanctuary. They offer recreation, exercise, and inspiration and connect people, places, and communities." says Rita Shaheen, director of parks and community engagement at the land preservation and environmental advocacy nonprofit. Scenic Hudson's parks—16 that the organization actively manages; more than 65 that it has created or enhanced for municipalities and other partners to manage—are one of the region's best-kept recreational secrets. From the rolling meadows of Long View Park in New Baltimore to the riverfront stroll of Esplanade Park in Yonkers, the protected properties are sometimes in plain sight, often tucked away off major thoroughfares. The sites range in character from forests, woodlands, and ridgetops in rural communities to many in urban communities like Riverwalk Park in Tarrytown, a remediated asphalt plant created in collaboration local municipalities. "Healing the lands that were former riverfront industrial sites, illuminating what the land is once its healed, and then bringing the public in to enjoy them makes these parks an important part of our portfolio," says Shaheen.

While the founding of Scenic Hudson is now the stuff of legend—six people banded together to stop a power plant from being built on Storm King Mountain in Cornwall in 1963—as is its ongoing environmental advocacy and land conservation work, the story of its parks is less well-known. "There wasn't a moment where it was like, 'We are now going to become a park agency for the region,'" says Shaheen.

For years, Scenic Hudson had worked to protect land through easements and purchases for other entities to manage. Something shifted in the mid-`90s, when a 120-acre parcel in Red Hook came onto the organization's radar. Carved out between the two grand estates of the Astor and Delano families, the land had been designed in the mid-19th Century with outdoor rooms, vistas, pathways, and rolling meadows. "I think it was the inspiration of that beautiful land that felt like a pivotal moment for our board and our staff," says Shaheen. "What were we going to do to keep that kind of harmony in the beautiful landscape, but also bring people in?" says Shaheen. "It became evident that caring for it was our responsibility. It became part of our legacy, and, obviously a very popular place to go." The park in question is the beloved Poet's Walk Park, just a short drive from the Kingston-Rhinecliff Bridge near Bard College. The park is buffered on all sides by 780 acres of private lands under conservation easements that ensure the landscape's protection from development.

Since the opening of Poet's Walk in '96, Scenic Hudson has created dozens of parks and is currently focusing on urban initiatives in Newburgh and Poughkeepsie, working with local groups, including schoolkids, in transforming neglected natural areas into neighborhood assets. "Engaging youth is vital in these projects," says Shaheen. "They're having fun and learning about their community and how they can help.

While abundant recreation is available at the parks—kayak and bike rental at Long Dock Park in Beacon; deer hunting at Shaupeneak Ridge; hiking, mountain biking, and river access at dozens of locations—what Scenic Hudson's sites provide is at essence something simpler: a contemplative break from our over-connected lives. "I think it's a good thing to have a wide range of activities, but more than ever what people want is quiet," says Shaheen. "People have a need to connect with nature and have a moment where they feel the park is a special place for them. I've met people who have gone to our parks when something sad has happened in their lives and they've been refreshed, renewed."