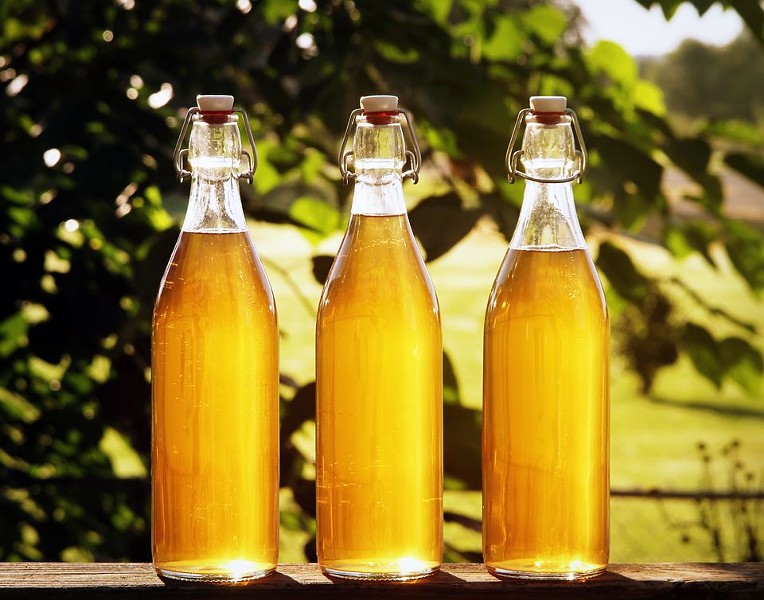 As we know, the Hudson Valley's craft beverage industry is on the rise, and shows no sign of stopping. The region is saturated with breweries, wineries, and cideries creating small-batch, artisanal products. Meaderies, however, are few and far between—so much so, that mead is still unknown to many. Salt Point Meadery, near Pleasant Valley, is on a mission to change that.

“I would say that three out of four people don’t know what mead is,” says Eric DeRise, co owner of Salt Point Meadery, a new craft beverage business based in Pleasant Valley. “I start conversations with people and tell them I run a meadery, and halfway through the conversation I realize they think I sell meat.”

In case you didn’t know, mead is an alcoholic beverage made from fermented honey and water. Like other spirits, different things like fruit, spices, or even hops can be added to mead during the fermentation process, greatly expanding the flavor profiles possible. (The ABV can range anywhere from the equivalent of a light beer to stronger than a dessert wine.)


DeRise, along with his business partners Chris Courchaine and Ken Calabrese, saw the lack of mead brands as an opportunity to start their own business right in the Dutchess County town of Pleasant Valley. They had been homebrewing mead for about 10 years when the market for mead finally leaned in their favor.


“In 2016, we saw some popping up around the country,” DeRise says. “We saw how successful meaderies like Moonlight in New Hampshire and Melovino in New Jersey were, and it seemed to be the right time.”


The mead industry in the United States only started to grow significantly about five years ago. According to an article by The Motley Fool, it is the United States’ fastest growing alcoholic beverage. The number of meaderies more than doubled in just three years between 2013 and 2016.


In Salt Point’s first six months, DeRise has attended events to get the brand out there and talk about mead. At the unveiling event for their Queen’s Crown line in February, DeRise offered a “meaducation” to attendees at Crown Maple in Dover Plains. “The biggest challenge is getting the mead in front of people so that they know what it is,” he says.

Not Cider, Not Wine

Salt Point Meadery opened shop in October 2017. They currently have five kinds of mead on the market: Revival, Currant Rose, Tradition, Revolution, and Queen’s Crown, which was made in collaboration with Crown Maple and won an honorary mention for semi-sweet mead at the 2018 Mazer Cup International Mead Competition. In 2017, Revival took first place for best homebrewed, dry mead. Each of the five have a distinct flavor—Revolution, for example, is “hopped mead with natural hops & blood orange flavor.” 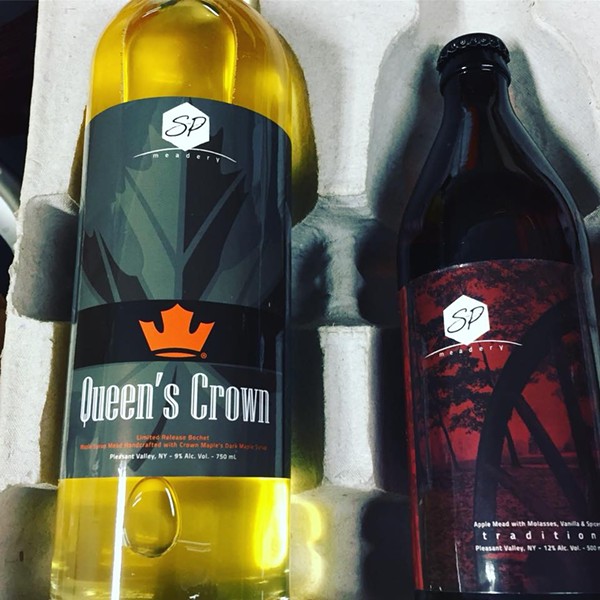 DeRise says that mead falls somewhere between hard cider and wine, but it’s not the same. While oftentimes it’s marketed with wines, mead is a distinct class of beverage in its own right. Salt Point Meadery makes light, dry meads, which are less heavy and sweet than typical, European mead. The company’s goal is to make the beverage with a lower alcohol content for causal consumption. “We make ‘short meads,’ or ‘hydro meads,’ which have more water and are more drinkable,” DeRise says.

The meadery sources locally and from New York State whenever they can; they get their honey from Wixson Honey.

Salt Point’s golden elixir is sold at various locations, including Tavern23 in Poughkeepsie and Sipperly’s Grogg Shoppe in Red Hook, or at the meadery by appointment. Check the full list of distributors to try the up-and-coming beverage. Empire mead may just be the next big thing.


For more on the craft beverage industry read our empire rye feature or our story on Hudson Valley’s farm breweries.