Trading in the Gas-Guzzler for a Gas-Sipper 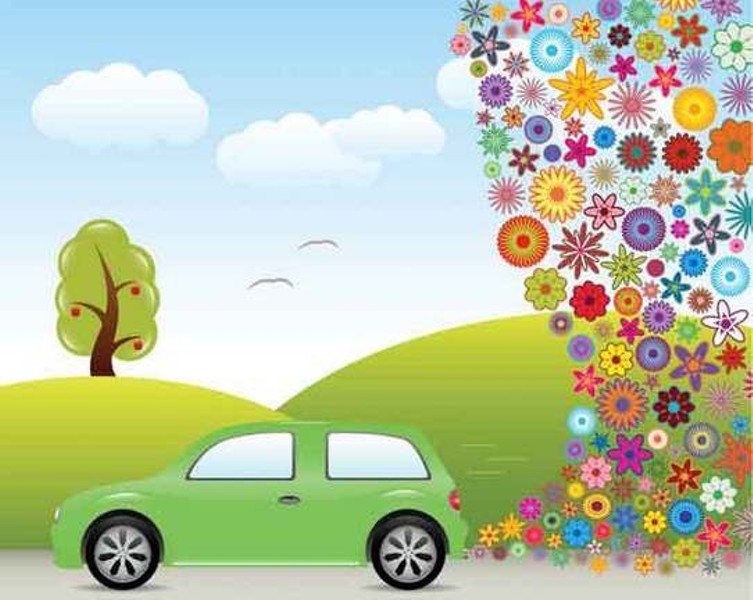 The Hudson Valley is one of the nation’s most progressive regions when it comes to eco-friendliness. Long before going green was the new black, local residents were installing solar panels on their roofs and converting food scraps into compost. But as for eco-friendly cars, well, we’re working on it.

In fairness, it hasn’t always been easy. Short of converting your gas-guzzler into a vegetable oil burner, eco-friendly cars aren’t as readily available here as they are, say, in California. But that’s about to change, with a number of electric and hybrid cars about to hit the market in the area.

The Nissan Leaf was introduced to American shores last December. The midsize hatchback electric Leaf—an acronym for “Leading, Environmentally friendly, Affordable Family car”—has been making waves in the industry, as its estimated to get around 100 miles per charge, a considerable increase over the initial purely electric models introduced by numerous manufacturers. Joseph Erps, sales consultant and Leaf leader at Nissan Kingston, says that despite the car not being available in the local market until later this year, the buzz is, well, electric. “A lot of people are really interested in coming by and taking a look at it,” Erps says. “Once a week we get people interested in coming in and seeing a Leaf. I’m expecting it to be a huge success for the Hudson Valley.”

Unfortunately, that’s not possible yet. The Leaf still exists, at least in the Hudson Valley, as high-tech hype. “We’re planning to have a demo vehicle, at least one, soon,” Erps says. “This way we can have people come in, check it out, and drive it. Our owner has expressed interest in buying one himself.”

Already available in New York is the Altima Hybrid, Nissan’s eco-friendly version of an already popular mid-size range car. The car utilizes the Hybrid Synergy Drive, licensed from Toyota, where it’s used in cars like the Prius, Auris, and Estima. “You’re not compromising any loss of power,” Erps says. “It actually has more torque than a regular sedan. My parents have an Altima Hybrid and they love it.”

Erps acknowledges that the Leaf might not be for everyone. “I don’t think it’s going to be meant as your primary vehicle,” he says. “Obviously if you’re making a cross-country trip, you’re going to be stopping every 100 miles to recharge your engine, and that’s not practical. But to go back and forth to work, or on short-distance trips—picture going 100 miles on one dollar.”

In addition to the Prius, which recently introduced a solar-powered ventilation system, other popular eco-friendly hybrids include the Honda Insight, the Ford Escape Hybrid, the Honda Civic Hybrid, and the Ford Fusion.

Joe Romeo, general manager of Romeo Chevrolet Buick GMC in Kingston, said two Chevrolet models—the Cruze and the Volt—are eco-friendly cars that are destined to become popular in the area. The Cruze, which Romeo called a “gas-sipper” rather than a “gas-guzzler,” has a more economical sticker price, and can go as far as 42 miles on a single gallon of gas. The Volt, a plug-in hybrid model, is something altogether different.

Introduced to the US market last December, the Volt has a lithium-ion battery pack, can run 50 miles on a single charge, and can go an estimated 300 miles farther on a single gallon of gas.

“It’s pretty simple,” says Romeo. “If you’re a local guy and you live within 25 miles of where you work, you will never have to put gas into your vehicle.”

The Volt, which takes around four hours to recharge its full battery after use will hit the Hudson Valley a bit sooner than the Leaf. Even so, it will arrive only sparingly. “We have two on order, and both are selected for customers,” Romeo says. “We’re going to have one on display for customers to drive, but it’s a pretty hard car to come by. They’re completely sold out for the 2011 model year. GM just signed a contract for 25,000 more Volts.” Romeo says the popularity of the Volt has already got GM looking into expanding the brand to include family wagons and a small crossover SUV.

Local buyers interested in eco-friendly cars aren’t just taking the plunge, dealers say; accustomed to exclusively gas-powered engines, they’ve got plenty of questions. “A lot of people will question the battery on an electric vehicle,” Romeo says. “They’ve always heard with the hybrids that the batteries are so expensive to fix. GM puts a 100,000-mile warranty on its vehicles, which covers that battery, and the average consumer trades out their vehicle at 36,000 miles.”

Erps said performance was also a concern for prospective buyers. “Mountain roads are going to be great with electric vehicles like the Leaf,” he says. “With most vehicles you don’t get maximum torque on an incline; with the Leaf, as soon as you hit the accelerator you’re getting maximum torque.”

There’s also the matter of safety, but Erps says Nissan has also got that covered. “Nissan has designed breakaway mounts for batteries,” he says. “The circuits get cut off in an accident and you’d still be safe in the car.”

But even with the attention eco-friendly cars like the Volt and the Leaf are generating, it still might take a bit of time before they make their mark locally. Part of the reason electric-based cars and their hybrids aren’t sweeping through the Hudson Valley comes down to simple logistics, says Erps. “There’s a handful of Leafs out in California, but their infrastructure [i.e., charging stations] is a bit better than ours,” he says. “We’re still catching up on the East Coast.”

Both Nissan Kingston and Romeo Chevrolet Buick GMC are planning on installing their own charging stations for customer use, and Erps added that it might take gas stations and rest stops all throughout the region to make similar concessions to help make the technology more popular in the area.

The Zen Dog Café, located in Rhinebeck, is also hoping to start a trend in eco-friendly driving. The popular eatery and live music spot is owned by DJ and Deborah Kadagian, who opened the business last year, in part, because of everything the Hudson Valley was all about. “The Hudson Valley just seems to have more of an organic vibe,” says DJ. “Part of it is just the whole area that we love. It feels like the kind of lifestyle we like, and we wanted to infuse the place with healthy food.”

To that end, the Zen Dog Café also has a pair of charging units in its parking lot, each of which allows for two cars to charge at one time. Their Level I charger is 120 volts, while the Level II is 240. The latter charges a car in around four hours. “If somebody came in and hung out for a couple of hours, they could charge their car,” he says.

The charging stations cost the Kadagians $10 in a usage fee, and customers using the docks are charged $1.50 by the utility company. It’s part of a new technology DJ says he hopes to see much more of. “I was told that we’re the first in the state that’s privately owned,” he says. Even so, the charging stations at Zen Dog haven’t actually been used.

“That’s the interesting thing,” DJ says. “Everybody loves the concept; it looks like a George Jetson kind of thing. But nobody actually has the cars yet. We’re a little ahead of our time.”

That’s likely to change, though, as car companies see the demand for hybrid and eco-friendly cars continue to grow. DJ Kadagian says he hopes to help be a part of the revolution. “We’ve actually contacted dealers because we wanted to do a little event and have Nissan bring in a Leaf, Chevy bring in a Volt,” he says. “Hopefully that will happen when they actually have them.”

Erps thinks it’s only a matter of time. “I’m a big believer that where the market is going in the future is electric vehicles and other technology like hydrogen cells,” he says.

Art of Business: Mini of Dutchess

Behind the Wheel of Inexpensive Luxury