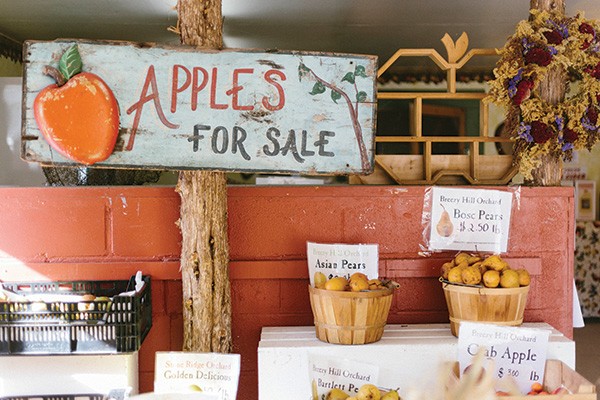 Cyclical is the best word to describe the ever-growing Rondout Valley, which stretches along the north side of the Shawangunk Mountains. While the incredibly rich and historic soil has always made the area a landing point for new and veteran farmers, the valley's calming landscape acts as a magnet for city folk. Now farmers connect with artists of every kind, or people just looking for a fresh start in the rurally dominated communities. Right now, it seems the pull is at its peak.

"I thought I was never coming back," says Aroma Thyme Bistro chef Marcus Guiliano, who owns the Ellenville restaurant with his wife, Jamie. Guiliano grew up in the small village at the valley's southern tier, and, after living in Colorado, moved back to Ellenville in 2000 to start a family and open a remarkably intricate organic bistro on Canal Street. "I'm a bit particular about the food we serve. We're like farm-to-table on steroids," says Guiliano of the green-certified eatery. "I want to know where everything comes from." Every ingredient down to the morsels of salt is as local or organic as possible, including produce from Barthel's Farm in Accord. Full bellies can swing by right next door to the Shadowland Theatre, which just completed its 29th season with its highest average attendance this summer. The renovated 1920s movie and vaudeville house now produces high-quality plays and musicals. Recently, a multiyear campaign has allowed for theater expansion and winterization, extending the 2014 season through December, says Artistic Director Brendan Burke. 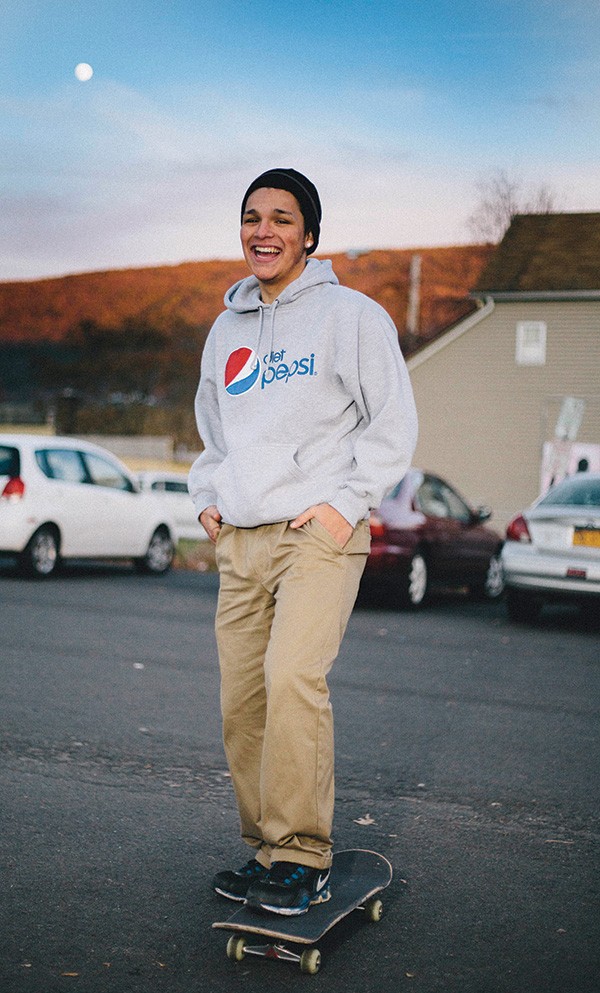 Ellenville is also the leading hang-gliding destination in the Northeast and a hiker's dream is met at the top of Sam's Point Preserve, the highest point of the Shawangunk Ridge. It's also home to The Nevele, one of the oldest Borscht Belt hotels, which sceased operations in 2009. However, if it succeeds in the rigorous application process, the resort and spa plans to reopen its doors with a 150,000-square-foot casino, thanks to the recent passage of Proposition 1. "We intend to bring The Nevele back to the way it was in the past," says Michael Treanor, CEO of Nevele Investors, LLC., who adds that thousands of new jobs will be created, having an "enormous impact on the Rondout Valley."

Heading north on Route 209 is the Town of Rochester hamlet of Kerhonkson, also home to the Hudson Valley Resort and Spa, another Borscht Belt resort formerly known as The Granit. Vast farmland governs the barely five-square-mile area and a quietness fills the air. Lifelong resident Chris DePew said he's seen Kerhonkson on the upswing and at its lowest, but feels the community is "going to come back tenfold." "The crazy thing is that Kerhonkson used to be one of the most vibrant communities in the Rondout Valley," says DePew, adding that many businesses have left Kerhonkson's Main Street and moved to the busier Route 209 corridor. DePew, president of the Friends of Historic Kerhonkson, is working to help fully connect the rail trail from Kingston to Port Jervis, which is currently separated into portions throughout the Rondout Valley. Kerhonkson's portion is specifically unique because, unlike other areas, the rail trail runs directly through Main Street. Completing the rail trail to its fullest will help coax homes and businesses back into Kerhonkson. "We don't want to lose our small-town feel, but we have a really good infrastructure to draw people in. We could be a trailhead for either direction," says DePew.

Right along the Route 209 corridor is Kelder's Farm, guarded by Gnome Chomsky, the nearly 14-foot-tall garden gnome that was once the world's largest. The 200-acre CSA family farm has been running since 1836, growing everything from asparagus to zucchini. The once primarily dairy farm stopped milking in 1999 and invested in more family activities and entertainment for Rondout Valley residents. When the snow starts to settle in, the farm is open four days a week, selling Christmas trees as well as pet and animal food.

Accord sits on the eastern edge of the Town of Rochester, a small town beaming with beauty. Veering off Route 209 is Accord's tight Main Street, featuring potter Brinton Baker's Stone Window Gallery. "I think there's a pretty good sense of community here. I've gotten to know people of all stripes; not just the newcomers, but people who have lived here for a long time," says Baker, originally from Bergen County in New Jersey. Continuing down Main Street becomes Towpath Road, which hides Deep Hole, a picturesque swimming spot right out of a fairy tale. 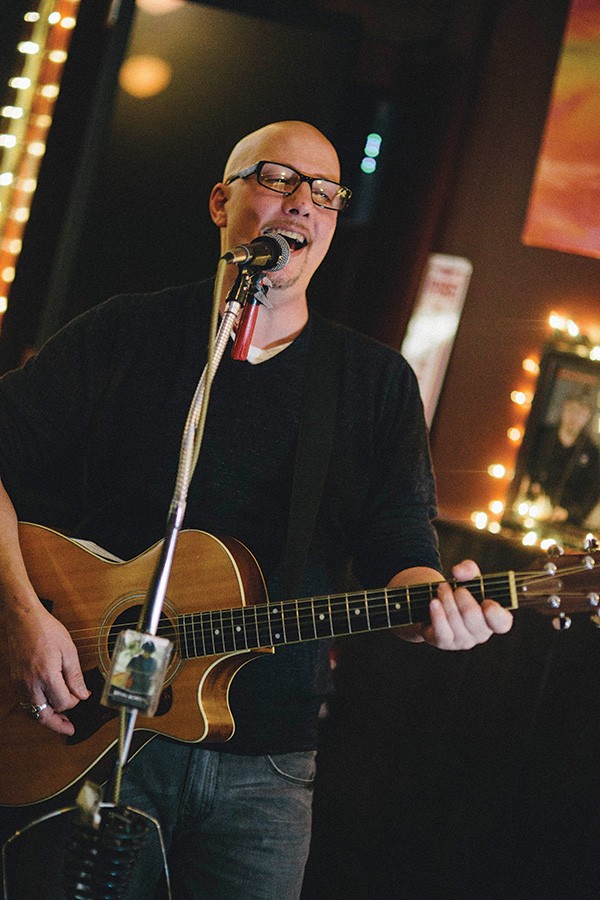 Travel back up toward Route 209 to find the Rondout Valley Growers Association (RVGA), which just hit its 10th anniversary. The nonprofit community organization of local farmers, businesses, and residents promotes and celebrates the importance of local food, working directly with the more than 60 farms in the Rondout Valley. "[The Rondout Valley is] known historically as amazing soil.... It's one of the key farming areas in the Hudson Valley," says Deborah DeWan, executive director of RVGA. "We're concerned about farms struggling, farmland disappearing. If people really learned about and had an appreciation for farmers right here, it could help the farmers and community." Another rare Accord attribute is the Hudson Valley Seed Library, which was America's first seed library in a community library. Originally started by librarian Ken Greene as a way to let residents borrow seeds like they would a library book, 10 years later, a full seed catalog is online and soon to be in print, letting the world buy and borrow seeds at their convenience. Some seeds are harvested right on Green's Accord farm, while others are from growers around the region. The library is poised for greater growth as it recently got a loan of $74,000 in capital from Sean Eldridge's Hudson River Ventures local investment fund.

Drive a bit more and Accord quickly becomes Stone Ridge, drawing many Rondout Valley residents for shopping and entertainment. The Elmrock Inn straddles the border of Accord and Stone Ridge as a bed-and-breakfast and farm-to-table catering service with primarily Kelder's Farm products. Former owners of New Paltz's Harvest Café, Chef Mark Suszcynski and his wife Kim Weeks took over the 1770 inn in 2012, providing country-styled weddings to young Brooklyn professionals. Another gem in both hamlets is the Movable Beast Farm with 100 percent pasture-raised grass beef minus the chemicals. Switching from paddock to paddock on 80 acres of land as well as neighboring farmland—hence the movable beast—the cows are able to eat and move on. "It's good for the land because it gives the land a chance to rest and grow back.... Something's going back into the land and not just taking out. It's a healthy feast to be eating," says farmer Francesca Noble. At the start of Stone Ridge's main street is Jack & Luna's Café, who just celebrated eight years and hit a home run with best sandwich, cup of coffee, and soup through Hudson Valley magazine's "Best Of" list. Just down the road is the Marbletown Multi-Arts, which offers wellness and spirit classes, along with community events and concerts.

Backtrack a little to steer off of 209 onto Route 213. Pass over the Rondout Creek to the hamlet of High Falls, one of the smaller, yet characteristically charming, communities. The Historic High Falls Walking Tour is worth taking, providing much appreciated history, including that of the Delaware and Hudson Canal, which carried coal during the 19th century from Pennsylvania to the Rondout Creek at the Hudson River. Stop at the High Falls Café for food and music and take a look at Wired Gallery's display of Rondout Valley's contemporary artists and artisans. "The energy's always been here in High Falls," says Richard Murphy, owner of The Egg's Nest, a colorfully eccentric restaurant for the whole family. Yet he noted that many places are vacant, adding to the Valley's cyclical trend. "It's just a period of change. All these little New York towns are like that."

But the circle can't be broken, and sooner rather than later, each Rondout Valley community will be booming again. There will always be city folk like Hudson Valley Seed Library's Green, looking for a rural way of life that isn't devoid of arts and culture. "I traveled all over the country for months," says Green, who moved to the Valley from San Francisco. "The last place on my list was the Hudson Valley. When I got [to the Rondout Valley], I was like, 'This is it. This is home, where I'm staying.' I've never felt more at home than here."