The Shawangunk Ridge was “discovered” for climbing in 1935 by world-famous mountaineer Fritz Wiessner. As the story goes, he had just scaled his way to the top of Breakneck Ridge along the Hudson River when he spotted the gleaming conglomerate and quartz cliffs in the distance. The next day he set out to find them. Ever since, the Shawangunk Ridge, affectionately called the “Gunks,” has attracted climbers, hikers, scientists, and nature enthusiasts from around the globe with a magnetic-like pull.

Established in 2002, the Gunks Climbers' Coalition (GCC) works to expand climbing opportunities while protecting what the Nature Conservancy has named one of the Earth's “Last Great Places.” With the tremendous amount of tourists visiting the Gunks each year, “responsible climbing,” as GCC calls it, is important in conserving the area's unique ecosystems. The Gunks are home to over 25 rare plant and animal species, most famously ridgetop dwarf pitch pines. “All climbers are stewards of the land,” says GCC Board Member France Menk, “we must protect the land in order to use it.” Educating the community, especially new climbers, is an integral part of GCC's work. Currently, the group advises climbers away from trails on the Trapps cliffs where peregrine falcons are nesting.

Despite New York's budget crisis and the recent threats to close Minnewaska State Park's climbing areas, GCC is looking ahead and raising funds for a world-class bouldering site at Rosendale Waterworks, located at the northern tip of the Gunks. Bouldering differs from traditional rock climbing with its focus on individual moves rather than endurance and has been growing in popularity over the past decade. The Waterworks area will not only be an exciting bonus to the Shawangunk Ridge's rich climbing culture, but “a wonderful addition to Rosendale, itself” says Menk. GCC hopes the area will be open by the end of this climbing season.

GCC is holding a party to raise $100,000 for the bouldering area's management over the first several years. Admission is $25 and includes food and two drinks. There will be a raffle, free items, a local DJ, a video from BigUp Productions and Hank Alicandri, the Mohonk Preserve's Chief Ranger and Director of Land Stewardship will speak. The fundraiser will be held on May 22 at the Hudson River Resort, 424 Williams Lake Road in Rosendale from 6pm–10pm. www.gunksclimbers.org 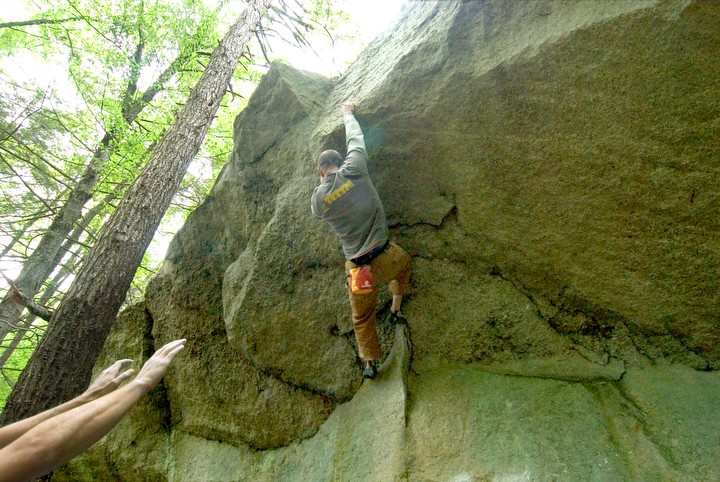