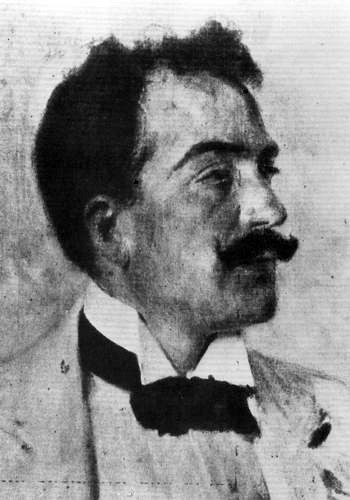 The Rosendale Theater is one of the Hudson Valley’s most inspiring success stories. Thanks to its snagging a coveted grant a few years back via a Pepsi-Cola-backed program, the historic facility has persisted in presenting fine films and entertainment events to the community. One such happening is the theater’s partnering to bring a run of live HD opera broadcasts of Austria’s famed Bregenz Festival, which kicks off this Sunday with an airing of Umberto Giordano’s rarely seen “Andre Chenier.”

Famous for its floating stage, gorgeous outdoor setting, and striking multi-dimensional sets, the Bregenz Festival attracts hundreds of thousands of visitors each year. Begun in 1946 as an eccentric way of stimulating tourism after World War II, the festival has evolved into a major pilgrimage site for arts lovers. Giordano’s four-act 1896 “Andre Chenier,” dramatizes the life story of the titular French poet, who was associated with the French Revolution and guillotined for his alleged “crimes against the state.” This production was directed by Keith Warner and its set features a 78-foot high statue of a dying Jean-Paul Marat sinking into the water. The running time is approximately 130 minutes.

To see a video about the creation of Bregenz Festival’s “Andre Chenier,” click below:

The Rosendale Theater will screen “Andre Chenier” on February 16 at 2pm. March 16 will bring the Bregenz production of “The Magic Flute”; May 18 will see the showing of “Aida.” For more information, visit www.rosendaletheatre.org.