Rock Out at Empire State Record Fair This Saturday 7/21 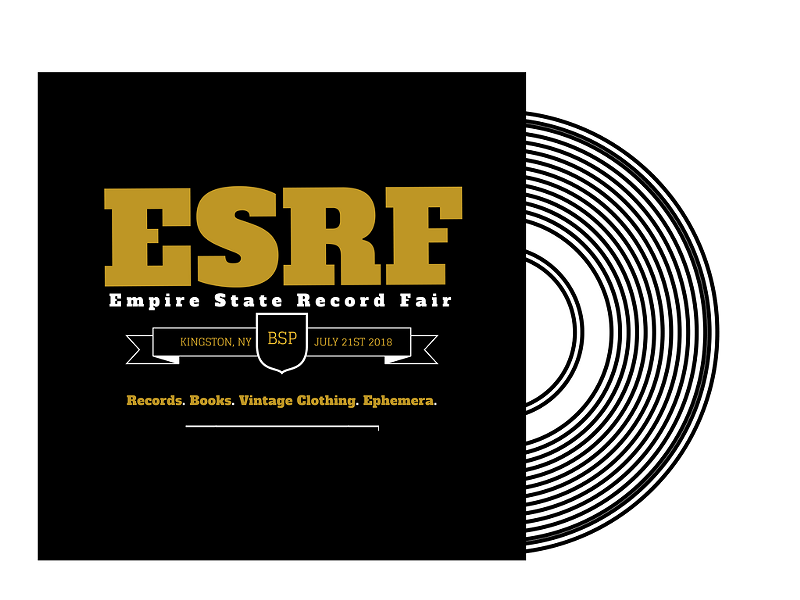 Dust off your record player, music lovers—BSP Kingston is hosting the first-ever Empire State Record Fair. This weekend, the venue’s epic backroom will be abuzz with live music and vinyl junkies digging for the newest addition to their collections.


Over 40 vendors (partial list below) will be onsite selling records, vintage clothing, books, and other memorabilia at this new, summer record festival. There will be a DJ spinning vinyl for the entire event, plus food from Ric Orlando of New World and Josh Rosenmeier of Blind Goat pop-up sandwich shop, and cold brew coffee from Rough Draft Bar & Books.


Fair organizer Kali Quinn has a background working in local record stores and music venues. “I learned more working in a record store than I did in school. You deal with every variety of personality, and have to educate yourself on a daily basis to keep up with your customers, and their needs,” Quinn says. “During this time I learned a lot about myself, found albums that molded my life, and developed a deep love for community,” she says. In order to keep tabs on the record world (and provide an awesome service to Kingston and the surrounding areas), Quinn hopes to throw the Empire State Record Fair annually.


The record fanatic says BSP Kingston is the perfect venue to host the vinyl bash. “BSP has been a cornerstone of the music community in the Hudson Valley for quite a while,” Quinn says. “They never fail to bring an eclectic mix of bands to the area, which really has added to making Kingston a special place.”


Stop by the Empire State Record Fair from 11am to 7pm at BSP Kingston on Wall Street in Uptown Kingston. Entry is $5. Catch the after party at 7:30pm with musical performances by Womb of Nation, Thin Women, Nightmares for a Week, and Old Table.

Vendors (more to be announced)