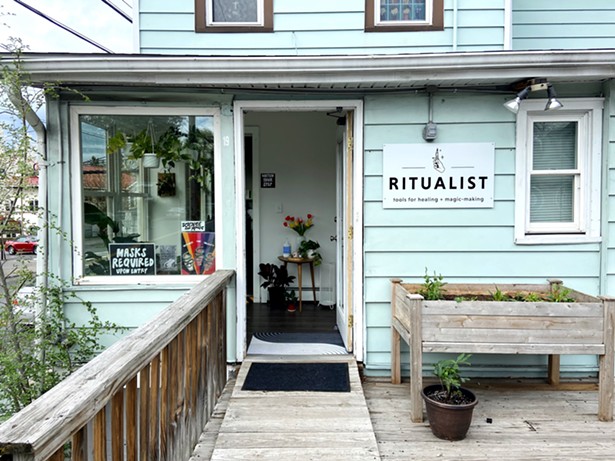 In 2016, Dana Cooper was living in Brooklyn and running her own company as a music publicist when she found herself being pulled into a “whole other world”––one of healing, wellness, and spirituality. While she loved music and working with creatives, she disliked working over email as opposed to getting facetime and human connection.


Her search for ways to destress and become more grounded drew her to Maha Rose, a local center for methods of healing that are outside mainstream Western medicine. She began attending workshops and classes where she met people like herself who “wanted more”––a lifestyle that didn’t exhaust them and leave them feeling burnt out. “It just kind of clicked,” Cooper says of her foray into these subjects. “Everything just felt really good. It was the first time I’d ever toyed with any of that stuff, and it just felt like home to me.” It was at Maha Rose that she began her journey with the spiritual and magical practices that ultimately led her to open Ritualist this past April in her hometown of New Paltz.

After embarking on a new path, Cooper began working in retail at a plant store and a flower shop. Both of the spaces were beautiful and well-curated, and customers would come in and tell her so. They commented on how welcomed they felt, and it got her thinking about how a physical environment can facilitate “magical experiences.” That train of thought planted the seed of Cooper’s desire to open her own shop as a way to share some of the things that were helping her at the time. “It was a way to create this physical place that people could step into and feel at home, welcome, and free to be themselves,” she says. Cooper is ecstatic to be back in New Paltz, somewhere she never thought she’d return after graduating high school. She left for SUNY Oneonta to major in fashion merchandising and spent her senior year at the Fashion Institute of Technology in New York City. After 11 years in Brooklyn, the pull to come back to nature coincided with her new interest in wellness practices.


Ritualist, which Cooper describes as a “modern witch shop,” opened on April 15 after three years of planning. It still feels surreal to her. From the first day the storefront was open to the public, people came in to say that they thought it fit into the town and was something that New Paltz needed. Cooper couldn’t agree more––she noted a lack of spaces in town that specifically promoted wellness, spirituality, and magic, and felt that Ritualist filled that gap.


Ritualist offers carefully chosen tools for healing and magic making. For Cooper, “magic” here retains its traditional meaning, such as divination and spell work, but is also expanded to include the entire self-discovery process—a search for one’s inner power and deepening one’s connection with the natural world and community. At the heart of the concept, and the product selection, is ritual, which gives the shop its name. Ritual can be many things: daily journaling, lighting a candle in the morning to set an intention for the day, or picking a card from a tarot deck and reflecting on its meaning. Some Ritualist items include herbal tinctures, apothecary goods, journals, tarot decks, altar candles, zines on witchcraft and wellness. There are also houseplants for purchase, crucial to creating the welcoming space Cooper intended upon.

Ritualist’s products are almost exclusively from small and independent brands and makers, such as 69herbs, an apothecary that focuses on LGBTQ health, and Bébé Vaudou, a Black-owned brand whose handmade, vegan offerings are sold in eco-friendly packaging. Cooper thinks it’s important to make sure that she lives her values “every step of the way.” For her, this means committing to exclusively sourcing from companies that implement sustainable and inclusive work practices, making it easier for consumers to shop ethically.


She saves the packaging of incoming products for outward shipping, uses recycled goods, and avoids buying herbs that are over-harvested, such as white sage. Customers can come into the shop and see themselves represented there in products made by BIPOC, queer, and trans makers. She makes sure to stock products made by Black creators and constantly educate herself on antiracism. She also commits to giving 10 percent of net revenue each month to an organization that uplifts marginalized communities. This month it’s Intersectional Environmentalist.


One of Cooper’s best sellers is, perhaps unexpectedly, a sticker that reads “science and magic.” “There’s room for both,” she says. She believes in both Western medicine and the power of herbal remedies. She thinks that part of the discomfort with nonmainstream health and spiritual practices comes from the rigidity of modern society, which encourages us to live in constant, structured, “linear” manners––but that’s not what life has brought her. 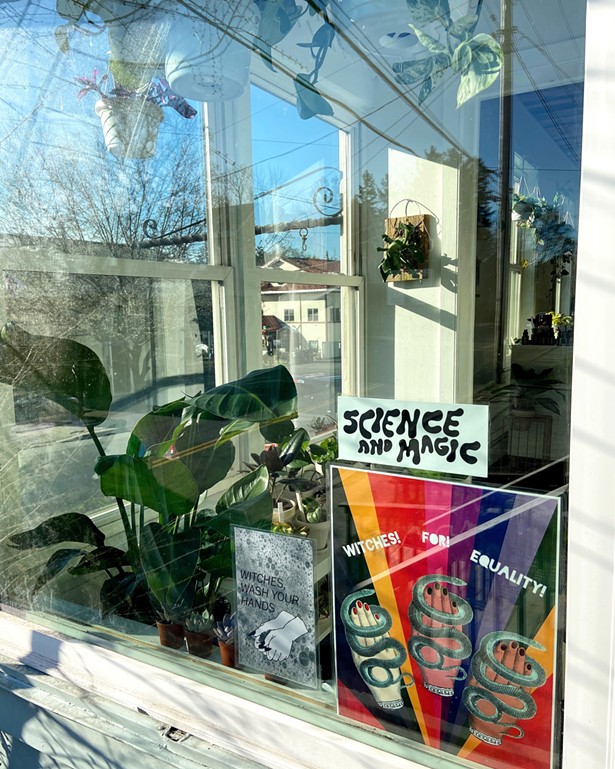 That’s what Cooper loves about witchcraft—it doesn’t conform to a set schedule or feeling. Cooper herself didn’t grow up with spiritual and magical practices, and was initially overwhelmed by the sheer number of things to learn about and experiment with. Cooper has found her niche in the idea that “magical practice, or witchcraft, or whatever you choose to call it, does not have to look any one way.” For her it’s about constant personal evolution; learning from others and finding what resonates. “My practice works for me,” she says. “It may not look like other peoples’ practices, and that’s totally okay.” 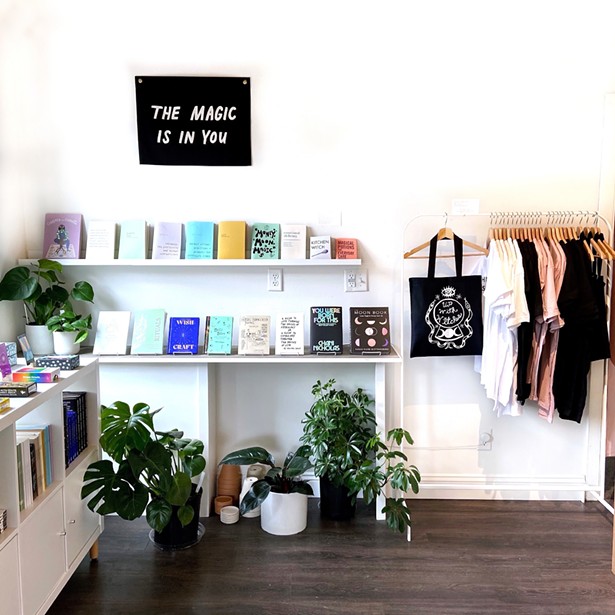