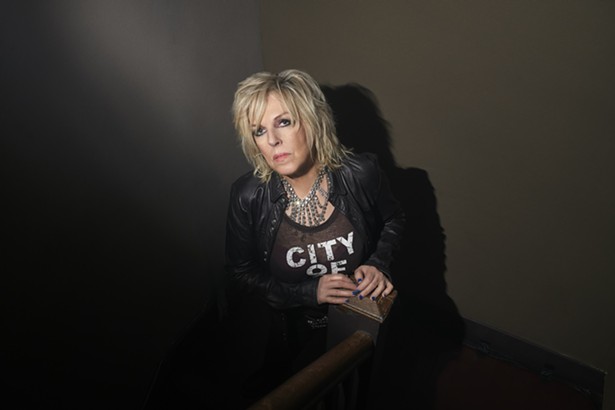 Although she’s recognized as one of the greatest American songwriters of her generation, Lake Charles, Louisiana-born Lucinda Williams is also known for taking her time between albums; instead of rushing out a half-baked followup to her Grammy-winning 1998 breakthrough Car Wheels on a Gravel Road, Williams took nearly three years to season and craft the songs for 2001’s likewise exquisite Essence. The years have also brought an instantly recognizable and atmospherically arresting character to Williams’s performances: the aural arc that’s traceable from the sweet-voiced singer of traditionally oriented early efforts like 1979’s Ramblin’ and 1980’s Happy Woman Blues to the world-weary, leathery rasp of more recent winners like 2016’s The Ghost of Highway 20 and this year’s Good Souls Better Angels. A composer who’s clearly studied and learned from the best in her field, Williams recently launched “Lu’s Jukebox,” a livestream concert series focusing on the songs of artists who’ve shaped her own music.
Another aim of the series, which kicked off last month with a Tom Petty trubute, is to help support music venues that are struggling against the pandemic, and the list of local venues streaming and benefitting from its ticket sales include the Bardavon in Poughkeepsie, the Egg in Albany, UPAC in Kingston, and the Mahaiwe Performing Arts Center in Great Barrington, Massachusetts. Episodes begin at 8pm and include "Southern Soul: From Memphis to Muscle Shoals and More" (November 12), "Bob's Back Pages: A Night of Bob Dylan Songs" (November 19), "Funny How Time Slips Away: A Night of '60s Country Classics" (December 3), "Have Yourself a Rockin' Little Christmas with Lucinda" (December 17), and "It's Only Rock 'n' Roll: A Tribute to the Rolling Stones" (December 31). Between broadcasts, Williams took time out from rehearsals to answer the questions below via email.

You must have done many livestream concerts in recent years, performing mainly your own songs. What made you decide to do a series focusing on the songs of other artists?
Well, we haven’t done very many at all—we experimented a little with a Facebook Live event, but it was not always the best quality. The rough idea for a “Lu’s Jukebox”-kind-of thing was something we had been thinking about for a while. Once we had the time on our hands, during the pandemic, we started working on it, and it quickly grew into a more ambitious undertaking.

This month’s leg of the series features sets centering on Southern soul songs and Bob Dylan. Who are some of the Southern soul artists you’ll be covering? Choosing which Bob Dylan songs to sing would seem to be a tall order—how did you narrow the list down to the ones you’ve chosen to perform for this show? What aspects of his songs and what aspects of your approach as a performer guided you during the process of deciding which Dylan songs to play?
We’re not really divulging artists and songs ahead of time—the surprise element is kind of fun, so I’m sworn to secrecy. As far as Bob goes, you’re right: There is so much to choose from. But we kind of try to make an album of songs that somewhat fit together from an artist’s catalog. We’re definitely not just playing the hits.

From the inside, as a songwriter yourself, what is that makes a great song great? What do you listen for in the songs of others, and what you strive for in writing your own songs?
It’s hard to explain, because I just connect to some songs and others I just don’t. It’s not as simple as saying it’s the lyrics or the melody. There’s a certain mystery to it.

Part of the impetus for the “Lu’s Jukebox” series is to call attention to the plight of independent performance venues. Why is this cause important to you? With everything else that’s going on in the world right now, why should people be conscious of the situation regarding these spaces?
I care so much about our independent venues and communities as a whole—there are so many small businesses that we try to support in other ways. But when all of this with Covid finally ends, we will all need places to play, and many of the venues we are working with have been around for years and have been supportive of me. If we are left with only corporate venues to play… Let’s just put it this way: The effect on the live music industry and the ability for an artists to build their career would be disastrous.

Your song “Man Without a Soul,” from Good Souls Better Angels, mentions no one by name in its lyrics but has generally been perceived to be an indictment of Donald Trump. What does the song mean to you, and what would you like others to know about it?
I think it says what it needs to say. It’s basically about bad, bad guys. It might be about the president, or it might be about a really bad boyfriend or ex-boyfriend.

What do you most hope viewers of “Lu’s Jukebox” will get from the experience of watching the performances?
That we are trying to raise the bar a little on how good livestream audio and video can be. And that we are trying to have some fun doing it, and I hope that comes through when people watch [the concerts] and that they get a little light in their day during these dark times.

UC2040: Helping Makers and Creators Elevate “Made in the Hudson Valley” Sponsored