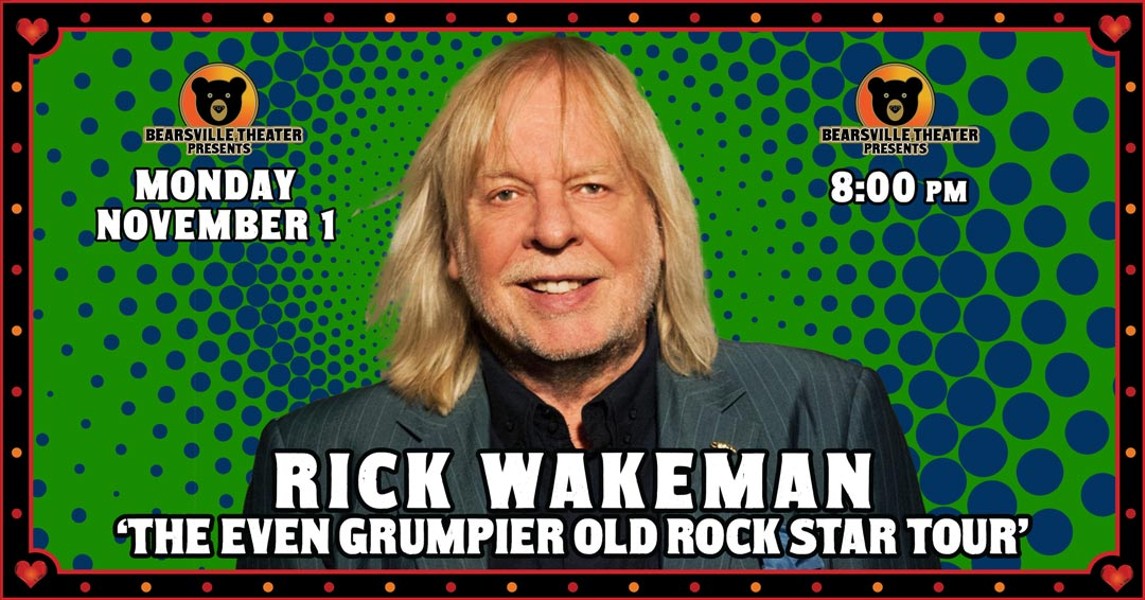 Rick Wakeman of YES brings his fan-favorite solo show, full of music and mirth to the Bearsville Theater. Widely regarded by his peers and fans as one of rock’s great humorists, Rick’s work with YES is the stuff of legend. Having made his name creating prog rock extravaganzas, in his solo shows Wakeman returns to his roots with a programme packed with virtuosic piano performances and hilarious anecdotes inspired by his 50-plus-year career.