Rethinking Life on the Baggage Carousel 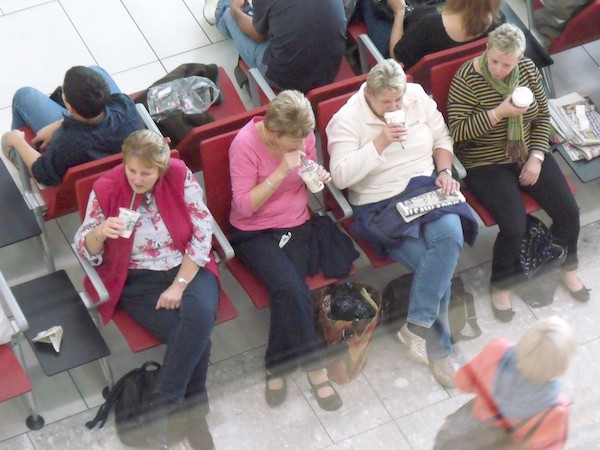 Much of life comes down to taking responsibility for ourselves and for our "stuff," and doing so before we’ve let it undermine us in our dealings with others. Yet there’s the rub: We learn a lot from our mistakes.

We see the truth of our baggage not when it’s all tightly packed and stowed in the overhead compartment, but rather when the zipper fails as it’s been tossed onto the conveyer belt. Suddenly everything’s all out in the open. And if we’re honest with ourselves, we can admit that maybe we did over-pack that bag, and maybe it is time to sort things out and travel lighter. If displaced anger and shame take over, suddenly the mess is everyone’s fault but ours—and the next time we fly, we repeat the whole uncomfortable scene.

It’s that anger element I want to touch on for a moment. On Tuesday, Eric wrote to Planet Waves subscribers about Monday’s square between Mars in Gemini and Neptune in Pisces (which also involves retrograde Mercury in Gemini).

He said, “There's rather significant potential for self-destructive behaviors to resurface. The coolest heads must prevail in all sensitive matters of communication, and even in the most ordinary.”

I’m reiterating his message here because Mars aspects tend to be most palpable as they approach, rather than the day they are exact. Aspects to Neptune also have a very wide orb of influence (that is, they can be felt for days on either side of being exact).

You’ll want to notice if you feel yourself sliding into any old, unhelpful behaviors, especially if it has anything to do with your temper, communication, drugs or alcohol, denial or blame-shifting, evasiveness, deceptiveness and so on. If you tend to push yourself physically even when you know you’re running on fumes, that also counts as “self-destructive.”

In addition to Mars-Neptune and Mercury retrograde, this is an astrologically rich week. Out of all that’s going on, I’d like to mention one other aspect pattern you might notice against the backdrop of Mercury-Mars-Neptune.

The Gemini Sun is opposing retrograde Saturn in Sagittarius (exact Friday). If you’re running up against someone difficult (especially someone seemingly stuck in their beliefs) this challenging relationship is calling on you to figure out some compromise -- so long as you don’t compromise your honesty. Mars-Neptune could make that tricky.

Centaur planet Nessus in Pisces is squaring the Sun and Saturn (Sun square Nessus is exact Sunday). This suggests you’re bringing some emotional baggage or patterning (possibly familial) into the encounter.

Can you see your inner ‘stuff’ for what it is, and choose not to project it onto the other person? Can you see what this other person is reflecting back to you about yourself? These could be key insights that allow you to reach a healthy solution, if you’re honest with yourself.

Placing your encounters in context—inner and outer, your own and others’—is essential this week. Don’t forget the illusory, distracting digital context we all live in.

Remembering context can help ground you in reality when your emotions, temper or imagination start to run on their own. Re-packing your bags while in flight still leaves you carrying lots of ‘stuff’ until you finally land.

The great thing (okay, it might not feel great, but trust me here) about encountering this kind of astrology is that, if you stay aware, you can learn a lot. Thanks to Mercury’s current retrograde, some of the lessons might take a while to unfold in their full truth. So take notes on your thoughts, feelings, insights, regrets and questions starting now and through June 11, when Mercury stations direct. Not only might it help you manage difficult situations in the short term but it could help you put more of the puzzle together later on.