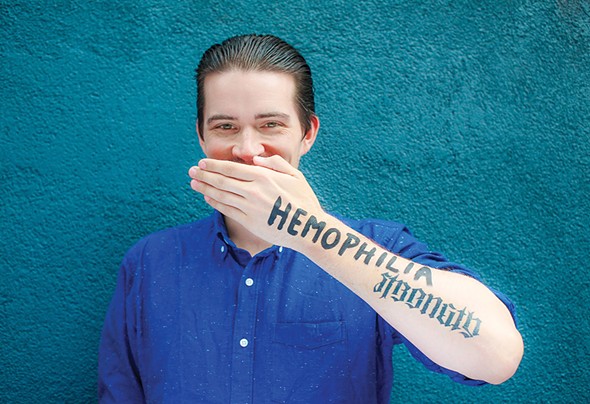 Growing up in Katonah in the '00s, Allie Cashel and Erica Lupinacci were classic girl pals. "We were both into theater so we acted in shows together; we had sleepovers at each other's houses," says Cashel. "If you can imagine suburban best friends, we were those girls." When they got their driver's licenses, Cashel and Lupinacci would just drive around, talking about everything there was to talk about—boys, school, gossip, friends. But there was one thing they didn't discuss, ever, and it was probably the biggest thing they were going through in their young lives. They were both chronically ill. Cashel had been diagnosed and treated for Lyme disease at seven years old, but her symptoms never went away; instead, they got worse as she passed through adolescence and young adulthood. After two years of mysterious ailments and misdiagnoses, Lupinacci found out she had lupus when she was 17. Of course, they each knew the other was sick. But talking about it was not an option. "I was terrified to bring it into my social life, so I never brought it up, not one time," says Cashel. "There just wasn't space for [being sick] in the identity that I was trying to craft for myself at that time in my life."

A few years later, Cashel dropped the reticence and started writing Suffering the Silence: Chronic Lyme Disease in an Age of Denial (North Atlantic Books, 2015), which grew out of her senior project as an undergrad at Bard College. The book tells the story of Cashel and others who are dealing with a medical community that refuses to recognize chronic Lyme disease; patients with persistent symptoms are often dismissed out of hand (one doctor told Cashel that it was physically impossible that she had Lyme, and that she was actually having a mental breakdown). While the book has received positive attention for exposing the politics of Lyme, it also came with a bonus: It inspired Lupinacci and Cashel to open up to each other about their illnesses. When they finally did, it was a relief—and it was also an epiphany to find so many parallels in their experiences. "The politics surrounding Lyme are really intense," says Lupinacci, "but the emotional aspects [of our illnesses] are very similar—feeling alone or like no one understands, being embarrassed about what you can't do, having to cancel plans, and just the unpredictability of life with a chronic illness."

As the two women recognized how much sharing their experiences helped in their own lives, they decided to create that kind of connection for other people. In 2014 they launched a "Suffering the Silence" web community where people could share their chronic illness stories in a safe, supportive setting. In 2015 they added a visual element: self-portraits. People are invited to write the name of their illness on their arm and take a photo while covering their mouth, symbolizing how we are often "silenced" by illness. Via Twitter and Instagram with a #sufferingthesilence hashtag, the powerful portraits have spread like virtual wildfire. "I think that when people know there's a community supporting them, a space where they're not going to be judged and where people want to hear what they have to say," says Lupinacci, "then they really do want to talk about it."

(Sick) Elephant in the Room

If everybody spoke at once about their chronic ailments, our country would be a noisy place: According to the Centers for Disease Control and Prevention (CDC), about half of US adults, 117 million people, had one or more chronic diseases in 2012. Meanwhile, 86 percent of all health-care spending in 2010 was for people with chronic illnesses; that's 16 percent of our GDP. Those numbers call into question the effectiveness of our current health-care system—which is really designed for acute illnesses rather than chronic ones—to handle this growing crisis, especially when you consider that the incidence of diseases like Alzheimer's is expected to triple over the next two to three decades.

It's statistics like these that swirl through the brain of Richard Horowitz, MD, the Hyde Park-based Lyme specialist and author of the book Why Can't I Get Better: Solving the Mystery of Lyme and Chronic Disease (St. Martin's Press, 2013). "We need to be creating an entirely new model for chronic diseases," says Horowitz, who is working on projects with collaborators in the US and abroad to find ways to shift the paradigm for how we treat persistent health scourges. Unlike some doctors who say it's all in your head, Horowitz is certain that chronic Lyme exists—so certain that he has given it a new name, Lyme-MSIDS (Multiple Systemic Infectious Disease Syndrome). And since Lyme tends to mimic other disease pathways, he considers it to be a useful lens through which to view all manner of chronic diseases and their treatment. The message that Horowitz presents is that it's not just one factor that causes disease but a multitude of factors—and we have to consider them all if we're going to make any progress in the medical world.