Gone are the days of writing one hundred times on the classroom blackboard, "I will not..." With zero-tolerance discipline policies at school heightening since their introduction in the 1980s, disruptive kids sent down to the principal's office are more often automatically suspended. That student at the back of class might be disobeying the dress code, texting, or using profanity with the teachers—not ideal behaviors but not unquestioningly cause for suspension. Slinking back to class after serving the punishment, the child is often labeled a troublemaker, re-accepted warily, and more prone to future escalating reprimands. More and more, social activists are understanding how we discipline in school sets a tone for the community.

Restorative justice is a direct response. First coined in the 1950s as an alternative theoretical model for criminal justice, Howard Zehr's Changing Lenses–A New Focus for Crime and Justice (1990) framed restorative justice as a shift away from a popular view of crime. Rather than being against the state, offences were seen in terms of people and relationships. By the end of the decade, it was applied in a variety of ways. In the criminal justice system, after extensive preparations, crime victims voluntarily meet with offenders to discuss the impacts of the crime, often as a strategy for rehabilitation post-sentencing. In schools, it looks more like restorative practices: community circles developed outside of incidents; harm circles in response to incidents; judicial committees democratically run by students as well as faculty and administration. The focus becomes about inspiring empathy.

A basic premise of restorative justice is that there's a relationship to restore. "We're trying to build a really strong community," says Anna Smith, a teacher at Urban Dove, a charter school in Brooklyn. "So that when kids do something to harm it, there's something to fix." It requires a cultural shift in the school environment, where practices are incorporated into all school activities. The onus is on the teachers, who build a classroom society where there's free choice, clear expectations, and a focus on developing personal relationships. "That means not looking at punishing students or using intimidation or power struggles," says Smith. "Because a lot of times, when kids do get into these situations, you can follow the bread crumbs back, and there was a moment that staff may have been able to avoid the issue." It's a responsibility that many teachers find rousing, especially those who feel dismayed by the results of punitive environments.

A December 2014 study published in the American Sociological Review found that the academic scores of "good" students decreases with the rate of suspensions handed out to their classmates. The authors of the study theorized that an excessively punitive school culture has a negative effect on all students. Plus, suspensions decrease a student's chance of completing high school, and statistics show that, depending on the circumstances, that can prime kids for incarceration. As schools increasingly hire unarmed police forces deputized to make arrests, a direct feed from the schools to the criminal justice system has developed that hasn't existed before, particularly in urban districts with large minority populations. According to a 2014 US Department of Education Office for Civil Rights study, black students are suspended or expelled at a rate three times greater than white students. It's come to be called the school-to-prison pipeline. And because this punitive system begins in preschool, where black students represent 18 percent of the population but 48 percent of children receiving multiple out-of-school suspensions, many call it the cradle-to-prison pipeline. Rather than isolating and tracking the offender into future negative behaviors, restorative justice allows for redemption.

"One of the reasons there's increasing interest in restorative justice and practices in schools is now that they've started looking at their own numbers and realizing the unintended consequences of these zero-tolerance policies, districts around the country have become motivated to develop alternatives," says Mika Dashman, founder of Restorative Justice Initiative, an organization based in New York City dedicated to building networks between restorative justice practitioners and supporters in New York. "We need to disentangle the concept of punishment from accountability. We live in a culture that equates those two things," says Dashman. "We make this assumption that when we put someone away, they're going to reflect on what they did and the harm they caused, but that's not necessarily what's happening at all."

"Schools that have implemented restorative justice practices have had remarkable success in improving student overall performance and graduation rates," says chairperson of the Ulster County Human Rights Commission David Clegg, whose private law practice handles social justice issues. Clegg's been working to promote restorative practices within the Kingston City School District through forums and presentations to the Board of Education because he appreciates how restorative discipline promotes responsibility and builds compassion. "Restorative justice importantly works to make the victim whole and treats both parties with respect." 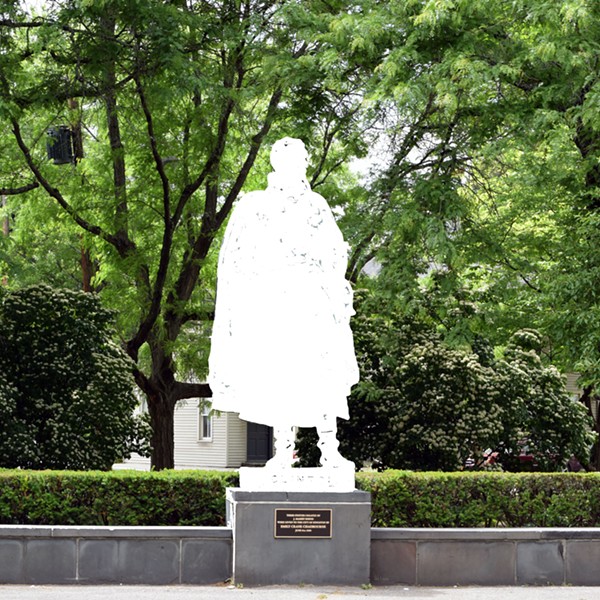