My Time Will Come and Other Reviews 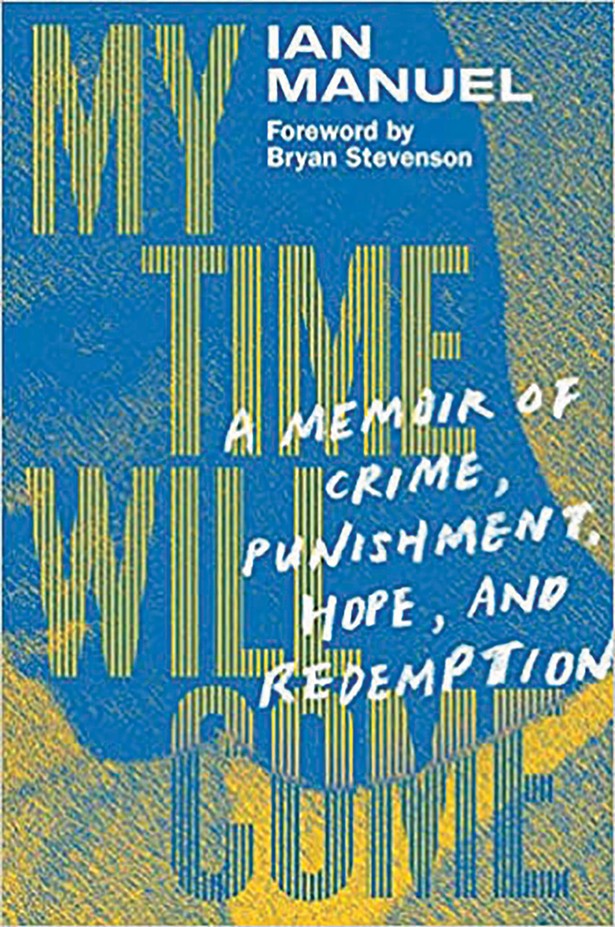 My Time Will Come: A Memoir of Crime, Punishment, Hope and Redemption

Ian Manuel’s tragic, compelling, inspiring, and important memoir is a hard book to read. Not because of any stylistic issues—he is a beautiful writer and an extraordinarily talented poet—but because of the unfiltered story he shares of his experience as a child sentenced to life imprisonment without the possibility of parole and the horror of spending nearly two decades in solitary confinement in the Florida state prison system. Solitary confinement is an abusive isolation control management technique that Bryan Stevenson, the founder and executive director of the Equal Justice Initiative, says “was justified by misguided protocols and a devastating lack of understanding about adolescent development, mental health, or behavioral science.” Specifically, the labeling of young minority youth in the 1990s as superpredators, so-called “impulsive juvenile criminals who are willing to commit violent crimes without showing any remorse.”

It was in this atmosphere, in July of 1990, that Manuel shot Debbie Baigrie during a botched robbery. A young mother, the bullet destroyed much of Baigrie’s lower jaw, blowing out her teeth and gums. While not life threatening, it was a devastating experience that sent Baigrie on a decades-long journey of recovery, including over 40 surgeries to reconstruct her mouth.

It was a horrific, heinous crime and Manuel, at 14, was made an example of. Advised by his attorney to plead guilty, Manuel was promised that he would receive a sentence of 15 to 20 years, the first of many times being betrayed by the system. Charged as an adult as per Florida law for a life-or-death felony, he was sentenced to life in prison. “In retrospect, I feel that I was being tried not only for the crimes I had committed, but for proof that I had the right to exist,” Manuel writes.

A harsh sentence for a non-homicide offense and terrifying for a child. A child who grew up homeless, in extreme poverty, in violent neighborhoods, and in violent families. Neglected, unprotected, and vulnerable like hundreds of thousands of children in this country who grow up without safety, guidance, or direction and who experience trauma disorders even as toddlers. Many of these children turn to drugs or crime or join gangs for their very survival.

“My story has been told many times,” writes Manuel. “You can read it in police files and court records, case notes, and daily logs.” A story told by a judge of his mother being sentenced to prison soon after his birth, or a story told in the case notes of his social worker telling of his removal and return—at five years old—to the room he shared with his abuser. Stories told by juvenile probation officers who found him “a problem to be best managed inside the walls of institutions.”

Manuel’s remorse for the pain and suffering he caused Baigrie is genuine and deep. As his second Christmas in prison approached, he called her from prison to apologize and ask for her forgiveness. Deeply moved and surprised by his call and the well written, articulate letters that followed, Baigrie and Manuel developed a strong bond. Even though they had not communicated for over a decade prior to his release in2016 after 26 years of imprisonment, Baigrie showed up at Manuel’s parole hearing and was an important advocate for his release.

Full of unexpected twists and turns as it describes his struggle for survival, Manuel’s story is ultimately one of redemption and forgiveness and the power of the human spirit to heal. “I have reason to believe the experts may have been wrong about me. You see, today, 30 years later, I am neither in prison or dead,” writes Manuel. 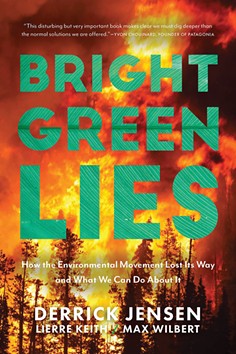 Rhinebeck publisher Monkfish has released Bright Green Lies: How the Environmental Movement Lost Its Way and What We Can Do About It, a book in conjunction with a film of the same name—both investigations of the mainstream environmental movement’s unwillingness to tell the public that our current industrial civilization is unsustainable. Derrick Jensen, author of 25 books, activist, teacher, and small farmer, works with coauthors Lierre Keith and Max Wilbert to explain that life as we know it in hyperindustrialized countries like the US can’t continue if we want to save the planet. Jensen takes an interdisciplinary stance, merging history, philosophy, environmentalism, economics, and psychology to produce a literary call to arms.

Bard College professor Michael Sadowski’s memoir recounts his shunning of his queer identity and sexuality as a boy in order to become the man society wants him to be. In each chapter, Sadowski witnesses a different facet of manhood, drawing on examples from home, school, media, and general social expectations to reject his gayness. The price of becoming the idealized stoic man is emotional isolation, and Sadowski suffers under his self-imposed silence. As he grows older, he learns to accept himself and to find love and purpose, rejecting toxic masculinity for human connection—"bringing to light the kinds of lies we tell ourselves about our identities, and the price of maintaining them. 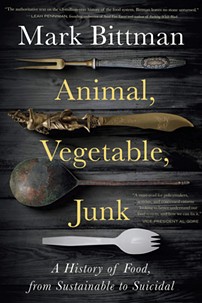 Subtitled“A History of Food, from Sustainable to Suicidal,” is a look at how our societies have been shaped by human need for food. Bittman, a New York Times bestselling author and Garrison resident, looks forward as well as backward, imagining a better future for the food industry. Food is our most essential fuel, but it can sicken us and our environment; big food industry players largely contribute to climate change, even as farm-to-table movements are sweeping the nation. Bittman knows that food is both past and future, and Animal, Vegetable, Junk is hopeful that we can reshape how we feed ourselves for better personal and environmental health and sustainability.

James Romm, classics professor at Bard College, has written a tale of the greatest military corps during the last decades of ancient Greek freedom. The Sacred Band, a unit 300 strong composed of 150 pairs of male lovers, fought to defend Thebes, at the time the leading power of the ancient Greek world. Beginning in 379 BC, when the Sacred Band formed, the story chronicles the 40 years afterward, in which the Sacred Band remained undefeated until their demise, meaning the end of free ancient Greece for 2,000 years. The book chronicles the story of the Sacred Band against the greater backdrop of ancient Greece; power struggles amongst city-states, the fight to maintain democracy, and a rising importance of sexual love in the public sphere.

Alysa Wishingrad of New Paltz gives us a fantasy young adult novel that tackles systematic injustice and abuse of power. A Junior Library Guild Gold Standard Selection, The Verdigris Pawn features Beau, future successor to his father’s throne, kept locked away as a cog in the wheel of his father’s quest for ultimate dominance over the land that he rules. Beau’s father teaches him that he must be fierce and ruthless, but Beau just can’t seem to follow in his father’s footsteps. Beau doesn’t take control over his life until he meets a girl who reveals to him his father’s secrets, causing him to question the status quo and run away to find a rebel who he hopes will be the catalyst for social change across the land. What Beau doesn’t know is that he just might have the power that he has run away to seek.