Quite the Aries New Moon 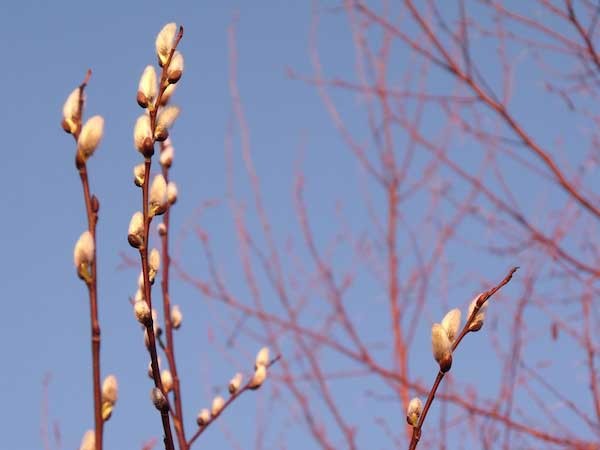 The sky is currently building toward the Aries New Moon. Astrologers don't usually describe the New Moon as a building process—usually it's more like closure, resolution, and completion. Yet this is an unusual New Moon, with the sensation of something building to a point of release, much more like a Full Moon.

It's exact at 5:35 am EDT on Wednesday, April 10. Several smaller but meaningful events lead up to this, though it's worth noting that we have this landmark on the immediate horizon. It's actually a grand conjunction involving five planets, which are the Moon and Sun (as with any New Moon), the new planet Eris, and then Venus and Mars.

Additionally, Uranus is a long-term visitor in Aries, and while it's slightly off to the side of this New Moon, it's close enough to add energy, a creative factor and a hint that there's a lack of predictability involved in the events that develop.

Yet that is also described by the presence of Eris in the middle of the five-planet alignment. Eris, a Pluto-like planet with a much longer orbit than Pluto, is serving as a kind of threshold—between the familiar and the unfamiliar. That can include your familiar concept of yourself and the one you don't know so well; it can include your familiar concept of relationships and the one that perhaps you are being drawn into as if by gravity.

While you take the ride of this New Moon, remember that on the deepest level it's about an encounter with your evolving self, and your relationship to that self—which sets the tone of every other relationship. Eris can add the element of chaos. I would note that there are two kinds: toxic and fertile. I suggest a bit or meditating on the difference between them. Toxic chaos is self-serving. Fertile chaos inspires creativity, and can be a release from the entanglements of the past.

Between now and Wednesday, several other things happen. One is that on Saturday, the Mercury shadow phase ends; the Mercury retrograde we experienced in February and March is fully resolved at this point. Mercury enters new territory for the first time in many weeks, and is getting ready to enter Aries on April 13.

The next day (this Sunday) is the exact Venus-Mars conjunction in Aries. This is an interesting conjunction because we have Venus and Mars in a sign that is ruled by Mars. That seems like a competitive situation of some kind—those are usually pointless. Who is competing for what? That's the question to ask, if things ever get testy. The more competitive person is most likely to lose the game that THEY are playing, so if you want to win the game you're playing, I suggest you avoid competitive people and find the cooperative ones. They are most likely to be the ones who know what to do with a mystery, with the unknown, and who are comfortable making changes.

Note, if you would like some guidance through this astrology, my Invocation of Spring report uses the Aries New Moon as its main chart. That's available to Chronogram readers at a nice discount—$20 for all 12 signs, 35 minutes per sign. I describe the report in the new edition of Planet Waves FM, and you can listen to the introduction for free.