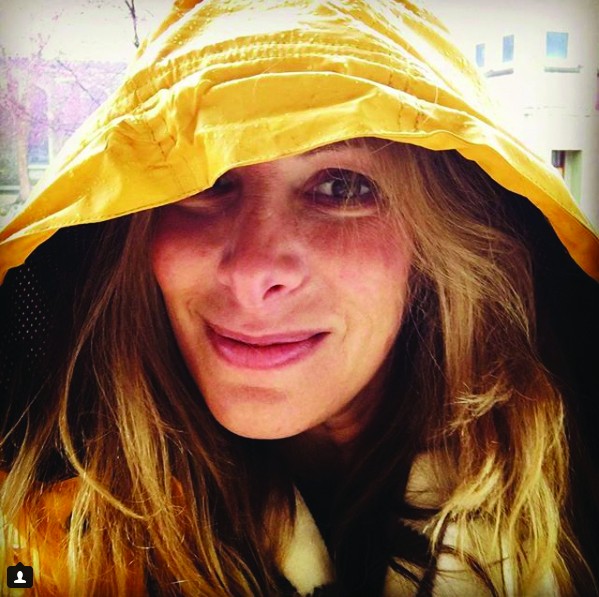 The New York State Film Tax Credit Program was established in 2004 to lure production companies to the area for filming and post-production. While the incentive program did draw some activity, it wasn't until Governor Cuomo increased the post-production tax credit from 10 percent to 35 in 2012 that the local film industry really took off.

With over 20 qualified production facilities and a growing local workforce of trained professionals, the Hudson Valley is well positioned to lead New York State's film revolution. Last quarter, our region broke production records, with more than $15 million in revenue, according to the Hudson Valley Film Commission.

Many more projects are underway in the fourth quarter of 2018, including the Amazon Studios pilot "Panic." With the region bathed in the gentle glow of limelight, we spoke to industry insider and location scout Jillian Fisher about work, travel, and the regional film industry.

How did you get started?

About six years ago, I had a boutique PR company. At the time, the City of Kingston was one of my clients. A movie crew contacted the city saying that they were going to either film in Kingston or just outside New York City. I spoke with the location manager and asked her to tell me about the script, and as she was talking about it I started filming it in my head, saying, 'check, check, check.' So the director and location manager came up to see how Kingston would stack up. That movie was The Sisterhood of Night, starring Georgie Henley, from the Narnia trilogy, and Kal Penn. Then I worked on Cold in July, and after doing that I decided I really enjoyed this work.

Take me through your process.

I read the script. It's very easy to get sucked in, but I have to make sure while I'm reading it, I'm filming it in my head to get a feel for where the destinations are going to be.

Then the next day is filled with coffee as I drive around. Before I hit the road, I try to speak with director, and say, "This is how I read it, this is how I see things," just to make sure it jives with their vision. I'll say things such as, "I read this location as background, something you don't want the viewer to notice, something that could be anywhere," or "It seems to me that the house is a character unto itself." And they'll confirm my thoughts, or we'll discuss further.

I did a movie with Yale Productions called Welcome the Stranger, starring Riley Keough, and the whole thing was filmed in one house—that house was a character. Sometimes finding one location can be as difficult as finding more than 20, which I've had to do.

Do you pitch the Hudson Valley as a location or do people come to you?

Yes and no. Producers I've worked with before will sometimes say, "This director wants to film out in Colorado, we want him to film in the Hudson Valley. Can you take him out?" I've done that before and gotten them to change their vision. I've made a road trip "across the country" happen in a 20-mile radius.

What do you look for in a location?

Every time is different. I try never to reuse a location and always present new things, but sometimes directors have been sitting with a project, envisioning it, and they want something specific. There's a stone church on Albany Avenue in Kingston that was featured in both Sisterhood of Night, and Andie MacDowell's Love After Love.

Does the Hudson Valley have a filming niche? Are we being typecast?

Not at all. The Hudson Valley can be anywhere. For Growing Up Smith, Kingston was made into India. Since these movies are low-budget indie features, they don't have budget to go shoot b-roll in India. When I'm scouting, I have to be on lookout for details that make a scene work. There was specific foliage in Kingston that worked for the India flashback scenes in the movie.

Are these scouting skills useful in your personal life?

There is a lot to be said for a destination, but it's really the places in between. There are four key pieces of advice that I would give for adventuring: 1. Always bring water. 2. Don't be afraid to back up. 3. Trust your gut. 4. Take lots of pictures.