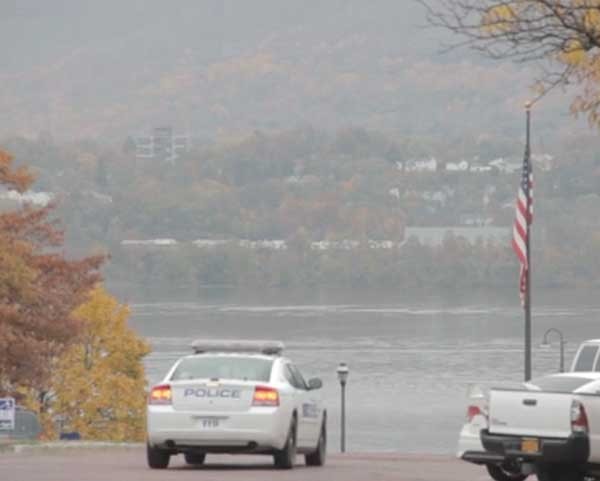 In conjunction with “The Gun Show” exhibit, Fovea in Beacon and the Beacon Independent Film Festival present a screening of Christopher Sarmiento’s short documentary A Son Down, After Sun Down on August 10 at 6pm. Zino, a 23-year-old local filmmaker, will be part of a panel discussion to follow, which will also include Monte Frank from the Newtown Action Alliance and Andy Pelosi, president of the Campaign to Keep Guns Off Campus. Chronogram caught up with Sarmiento with some questions about his stirring film on gun violence in Poughkeepsie and Newburgh, which he made over the winter of 2012. Sarmiento, a director, editor, and cinematographer, has been making films for the past two years under the alias Exhibition Z. He graduated from SUNY New Paltz with a Communications in Media degree, and he hopes to continue working on short films and documentaries. “A Son Down After Sun Down is the highlight of my young career,” says Sarmiento. “And I’m looking forward to adding more to the list.”

What motivated you to make this film?
CS: What motivated me to make this film all began as a final project for my seminar filmmaking class. As topics were being passed around the class, I wanted shed light on a topic that needed attention, a topic that troubled me internally—gun violence was just that. As ambitious of an idea it was, I had access to all the right sources and people I grew up with that had unfortunately fallen victim to the street life.

In the film, there seems to be a focus on money as a cause of a lot of the gun violence in these areas. Is that the major cause you found while making the documentary? Were there others?
CS: To me, money plays a major factor in the cause of gun violence, but while I was making this film, I slowly started to realize that pride was just as detrimental. While at times it may seem like the war is going on in the streets, most of the time the battle is being fought with self. I say this because there are positive intentions in these individuals you see in the film and others in the streets—intentions of wanting to leave this lifestyle, but the battle always seems to be lost to pride. Everyone wants to be the alpha male.

There was a focus on education as a solution to gun violence. What are some other possible solutions you came across while making this film?
CS: I would agree that education is by far the most important element in a cure to this issue. We perform through the way we were taught. Whether our performances are terrible or great, the way we behave travels back to our roots, our foundation, and the morals we were given. These fundamentals have a lot to do with education. To be a great teacher, the knowledge must be there.

There are many striking scenes of street life in the film. How did you approach the photography?
CZ: Regarding the photography, at times I felt like I was being too ambitious. But this feeling usually goes away when you're actually capturing it. Knowing some of the interviewees allowed me to really venture further into the street life, allowing me to capture some moving footage.

As a whole, the film seems pretty restrained. I imagine it could have been much more graphic. Why did you choose to portray it in this way? What tone were you going for?
CS: I wanted to approach the tone of the film in the way that I viewed the topic, which was with sensitivity. I feel that most of the time a topic like this becomes hammered with stereotypes and profiling. I wanted to shed light on this topic in the most honest way.

What did you learn from the experience of making the film? What was most rewarding about it? Surprising?
CS: The making of this film was definitely a humbling experience. I understood the "why" to this issue. I had a chance to talk with each interviewee in person, and really get to understand them and their motives. It felt like therapy sessions rather than regular interviews. When it was time to wrap up the last day of shooting, I was confident I had embedded some sort of optimistic mindset in these individuals. We both learned from each other's lifestyles and wished each other the best of luck in our paths.

Click here to watch the full documentary, A Son Down, After Sun Down, on Vimeo.