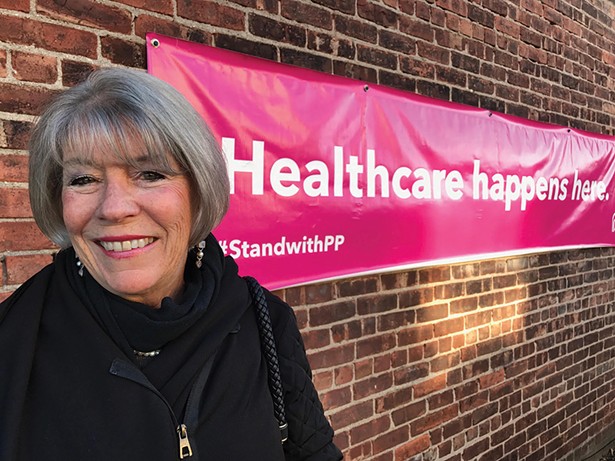 The election of President Trump in 2016 has galvanized the nationwide women's movement. How has this impacted Planned Parenthood's work here in the Hudson Valley?

Immediately after the election, our outreach and public affairs staff held numerous meetings around the four counties that we cover—Dutchess, Ulster, Sullivan, and Orange. We opened up Saturday discussion groups and we literally had hundreds of people show up who have never really been fully activist engaged. Since that time, we have held marches, there have been rallies, and we saw donations to Planned Parenthood Mid-Hudson Valley skyrocket over previous years.

Nationally, it's about three percent. Here in the Mid-Hudson Valley, it can range between 15 to 18 percent, because we are a liberal state. When you look nationally, there are some states where there is absolutely no access for abortion, so certainly that brings the percentage down.

Can you explain the significance of the Reproductive Health Act, which will be on the legislative agenda in Albany again this year?

I imagine writers like me spend a lot of time asking you questions about abortion and abortion-related matters when it really is a small fraction of Planned Parenthood's efforts. Does that bother you?

No, it doesn't bother me because I believe that abortion is a very important choice that a woman makes in her life. One in four women will have an abortion by the time they are 40 years old, and so protecting that right is important to us. I would say that some of the more important things that we need to spend more time talking about are the health outcomes of the women that we serve. About 85-87 percent of our patients are at about 150 percent of poverty or below—that's trying to raise a family of four in the Mid-Hudson Valley on an income of $36,000 a year.

You became CEO almost 10 years ago— a more hopeful time for women's health. What gives you a sense of optimism now?

What gives me a sense of optimism is the fact that I don't think there has ever been a time in my life—and I'm a '60s, '70's civil-rights-march kind of person—where I have seen the awareness on the part of women of really what's at stake and I believe that we are going to see things turn around. It's not gonna be easy, we are going to have a Supreme Court that will make decisions that will impact us for generations, but I believe that we are finally seeing women understand that the autonomy of their bodies is very close to being taken over and that they're not gonna take it. I'm feeling that same energy and resurgence that was prevalent back in the '60's and I'm very hopeful that we are going to be able to turn this ship around.

What can allies of Planned Parenthood do to help?

I think allies need to really know the facts about Planned Parenthood. They need to know the health impact that we have nationally, and I think that they need to serve as ambassadors. Over the past couple of years, I have been asked by numerous people to come to their homes to talk to 10, 20, or 30 of their friends about what we're doing. In that way, we're trying to create a base of people that are able to speak with accuracy and truth to what Planned Parenthood does in order to create a more reasonable dialogue about our being such an important healthcare partner with the public health community as well.

Letter to the Editor | September 2018