Putting the NO in Nomination: Dog on Fleas Takes a Stand for Equality | Music | Hudson Valley | Chronogram Magazine 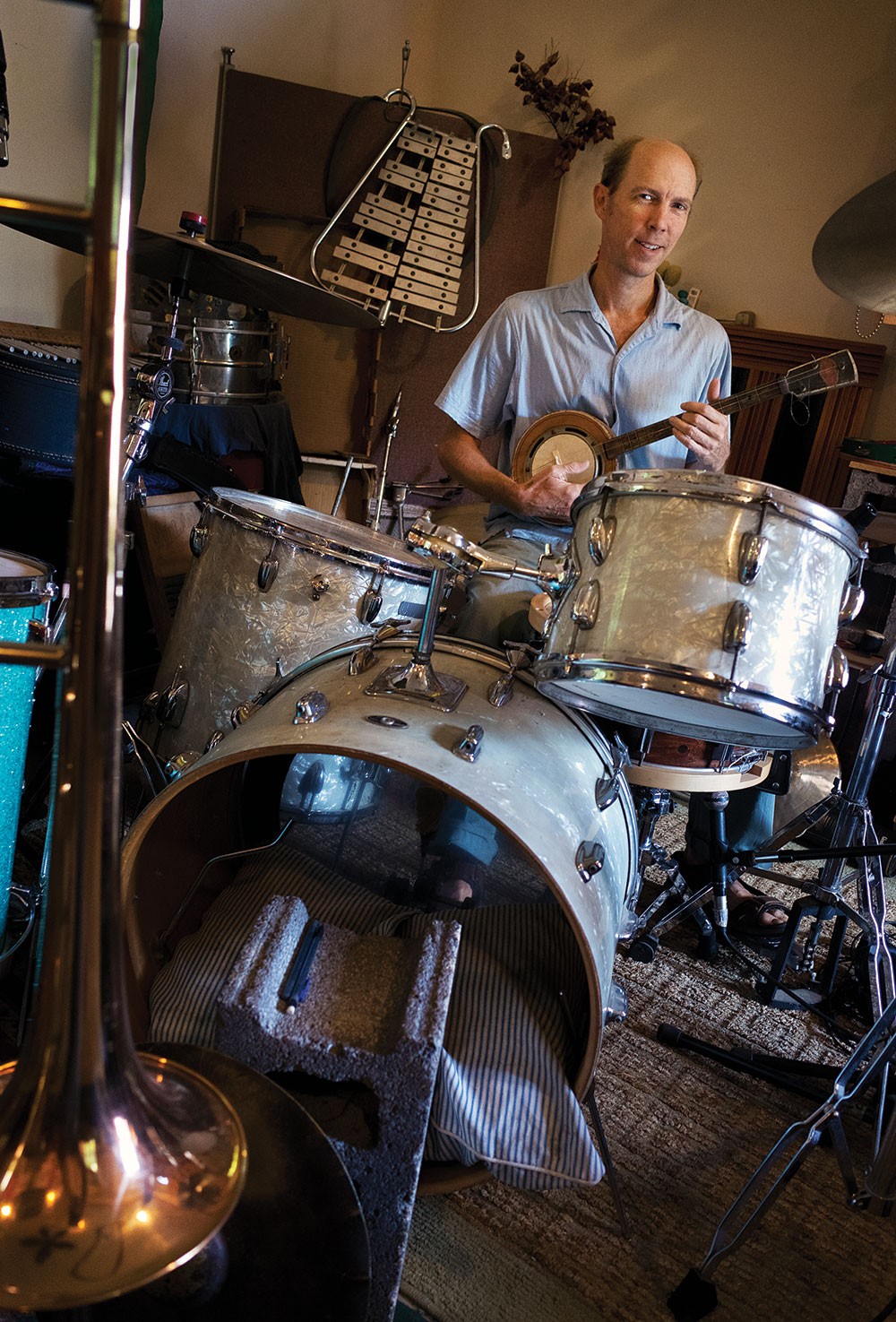 The Grammy Awards, given out with glitzy pomp every year by the Recording Academy since 1959, represent the height of music-industry achievement. The honor of winning one, or even getting nominated for one, implies that an artist is at or near the top of their chosen field, signifying a level of validation that musicians can strive their whole lives for and only dream of attaining. So imagine being tapped as one of the rarified handful of Grammy finalists—and then walking away from the whole thing. That's what the artists Dog on Fleas, the Okee Dokee Brothers, and Alastair Moock, all white male nominees in the category of Best Children's Album for their individual 2020 releases, did last month. Why? To call attention, say the three acts, to the fact that this year, the academy, as has been the case for the past decade, has once again disproportionately selected white male artists as finalists in their genre: Of the five 2020 nominees, Joanie Leeds is the lone female; there are no nominees of color.

Last month, Dog on Fleas, the Okee Dokee Brothers, and Moock submitted a letter to the Recording Academy asking to be removed from the running as a show of support for their underrepresented, artistically outstanding BIPOC and female peers. "We are deeply grateful to the Recording Academy and its voting members for the honor we've received," reads the statement, "but we can't in good conscience benefit from a process that has––both this year and historically––so overlooked women, performers of color, and most especially Black performers." The organization Family Music Forward has been formed to address these issues. We reached out via email to Rosendale resident and Dog on Fleas member Dean Jones—himself a Grammy winner as a producer for his work on the Okee Dokee Brothers' 2012 album Can You Canoe?—for further insight about the action. Facebook.com/FamilyMusicForward.

In a time when musicians, especially independent artists in a "niche" market like children's music, could benefit greatly from the endorsement of a Grammy Award, the decision to deny yourselves a potential Grammy win by resigning from the competition could not have been one you took lightly. How did you arrive at this decision, and why did you feel it would be an effective action?

Right away, when I started getting texts telling me that Dog on Fleas [which also includes locals John Hughes and Chris Cullo] was nominated, I thought, "There must be some mistake." All five nominees are white, and only one is a woman. There were a bunch of really great albums released this year by artists of color and women. It just seemed wrong. Most people in this genre know each other. Everyone was saying that Pierce Freelon would probably win the Grammy. Or SaulPaul. Or Elena Moon Park. [Freelon and SaulPaul are Black; Park is Asian American.] So the five nominees got together and tried to agree on an action, with the guidance of Family Music Forward, a collective of artists of color. We all agreed on the problem but not the solution. The problem is systemic racism and sexism in the nomination process. The three of us artists who declined have already benefited from nominations and Grammy wins. It felt like it was overdue for some major change.

What have the responses to the news of the decision been like, not just from the academy, but from your peers and audience in the children's music community?

The lack of diversity in the nominations has been a huge topic in the community. It's been an ongoing problem, but much more like a slap in the face this year. What a crap year. I think we can all see we've got to address this problem as a genre. The Grammys are just the tip of the iceberg. There have been meetings between Family Music Forward, the nominees and the Grammys, including Recording Academy Chairman Harvey Mason Jr. It seems to me that the intentions are good to fix the problems, but there's no single simple solution.

You cited Family Music Forward in your letter to the Recording Academy as an organization that's made tangible progress with correcting the inequality found within the children's music community. What types of work does the organization do?

There are now more non-white children under the age of 15 than there are white children. Here is FMF's vision statement: "Family Music Forward's vision is that Black artists will have equitable visibility, opportunity, and compensation within the family music industry, and that all children and families will have access to performers and music that welcomes, reflects, and celebrates them. We believe that liberation of Black artists and families is liberation for all."

What else can artists do to help make positive change when it comes to racial and gender equity?

I'd say simply to support artists, and especially POC and women. Think about how hard it is to make money as a musician, now more than ever, and consider that U2 probably doesn't need your money as much as a great local band does. When I look at lineups for festivals and larger venues and listen to a lot of radio stations, I see and hear an overwhelming majority of white male artists. I think we gotta say, "Hey I wanna hear...." And even more boldly say, "We're not gonna show up unless you give us more diversity."