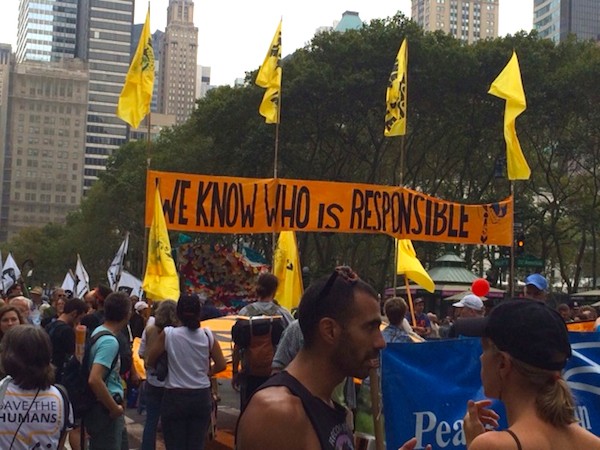 If you’re emerging from this week’s Libra equinox and New Moon feeling as though things are slightly off-kilter, you’re not alone—but don’t blame the Moon or the change of season. Pluto and Mercury are the two planets intensifying in influence as we head into the weekend and next week.

As the Sun moves into Libra, it begins encountering the Uranus-Pluto square. This is our current era-defining aspect, the one making seven exact contacts between 2012 and 2015—the astrology shaking up the world as it breaks open old systems and ushers in something new. The Sun will square Pluto first (exact Oct. 4 but building now) and then shortly after, will oppose Uranus.

Pluto is kind of like the subterranean bulldozer in Capricorn. The Sun represents your ego consciousness, or how you express your Self out in the world.

Squares tend to be an internally felt aspect—something akin to a lever being applied in some facet of your life. You have a choice: take hold of the lever and self-direct your response to any sense of pressure you feel, thereby owning and integrating it; or try to hold your position against the tension building within.

Which option sounds more productive and least wasteful of energy?

Sun in Libra square Pluto in Capricorn puts this dynamic in signs having to do with balance, justice and relationships (Libra) and institutions, structures and the past (Capricorn). Translation: pay attention to how free you feel to express yourself in your relationships, especially those with "traditional" structures.

Pluto is pushing for something to give there—for some old, codified way of experiencing and expressing your ‘relationship self’ to burst open into something more authentic, more truly balanced and ultimately more loving. Love is the opposite of restriction, despite what we’re taught by example. What old habits filed under "relationship me" are ready to be purged?

Note that a Sun-Pluto square can also manifest as mechanical troubles. You’ll want to take your time fixing anything of that sort given the other major astrological event warming up: Mercury stationing retrograde.

Mercury doesn’t actually station retrograde in Scorpio until 1:02 pm EDT October 4. But we’re in the thick of its "shadow" or "echo" phase now. You might be noticing that certain electrical or digital devices are starting to act up, or that certain communications or plans are hitting unexpected snags.

This means it’s not too early to begin practicing your basic Mercury Rx hygiene: pick up the phone if you’re not sure an important email was received; back up your files and computer drives; double-check addresses, times for events, instructions and your keys before heading out the door; if you’ve been researching a major purchase or commitment, see if you can wait until Mercury is direct to finalize it.

Right now, Mercury is still in Libra, so these cautions apply doubly to your communication with relationship partners, and in any legal or aesthetic matters.

Once Mercury enters Scorpio this Saturday at 6:39 pm EDT, the emphasis shifts to secrecy, sex and the potential to be sharp in a way that cuts to the heart of a matter, rather than simply showing all sides of the story. Scorpio is a water sign, whereas Libra is an air sign; we’re about to shift from a more cerebral, abstract experience of mind to one that is more like feeling one’s thoughts.

That emotional edge is one to watch for, given the square between the Sun and Pluto (Pluto is Scorpio’s modern ruler) and Mercury’s apparent slowing down (which lends it power). Words spoken in anger, out of hurt, or under extreme pressure often have an impact not easily shrugged off or undone. The sky says you’re in line to change or release something; make sure you’re dealing with the root cause and not just the messenger as you make your moves.