For Hudson-based artist Emily Ritz, music and art have always coexisted in tandem tracks, though lately the paths are coalescing. In 2015, she was living in a cabin in West Marin, in a community of young artists who'd escaped the high rents of the Bay Area. She was playing in a duo called Yesway and showing her delicately colored and intricately patterned watercolors in San Francisco galleries. 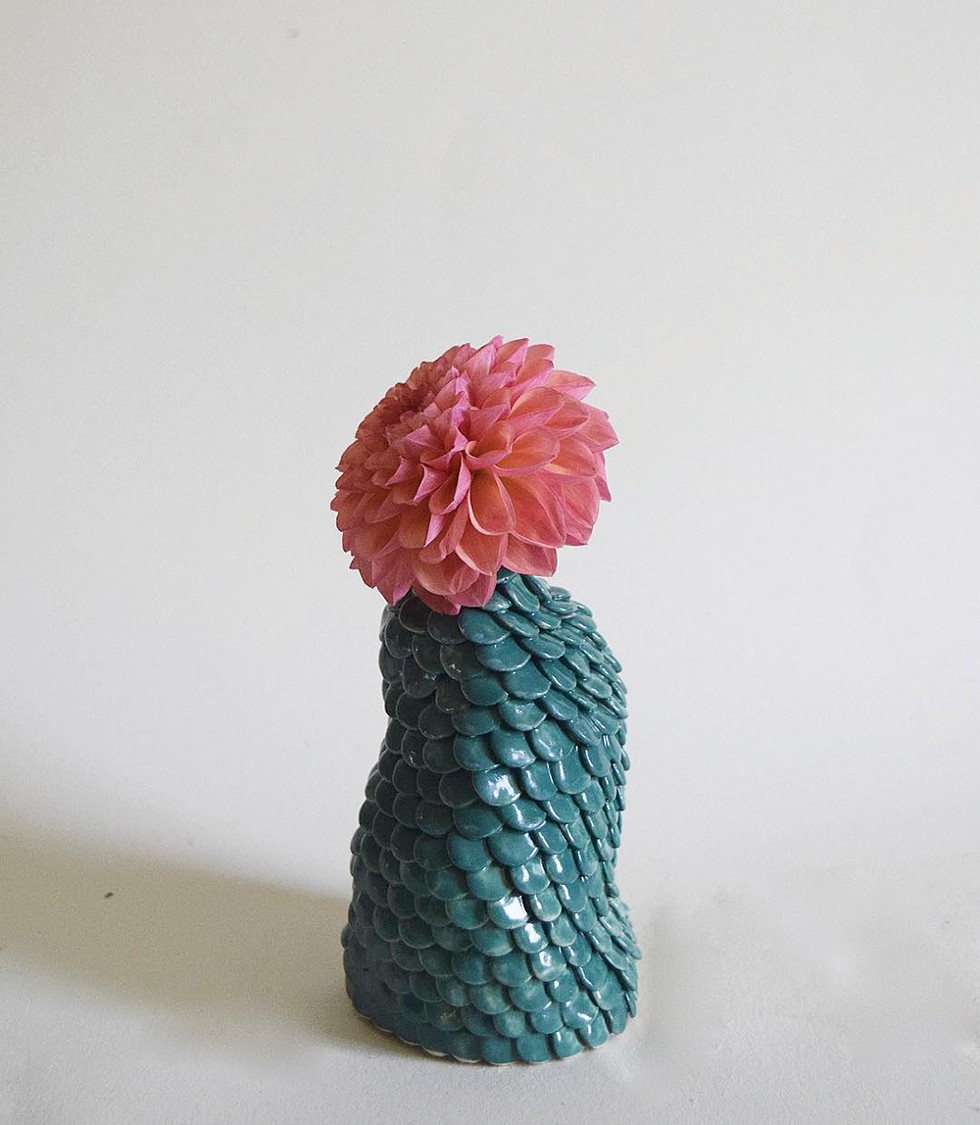 After a debilitating chronic Lyme flare-up, Ritz moved back east to live with her mother and get treatment from a distinguished Lyme specialist in Rhinebeck. When her health had improved, she eventually moved to Hudson, where she began experimenting with ceramics, translating her Lumpland patterns into three-dimensional shapes.

The fired pieces recall sea anemones and coral, and seem to sway in some unseen current. "I can't stop making," says Ritz, whose apartment proliferates with the marine-colored sculptures. "Art for me is this meditation medicine, creating my own perfect world. I trust my hands so much. But I don't trust myself as much with music." 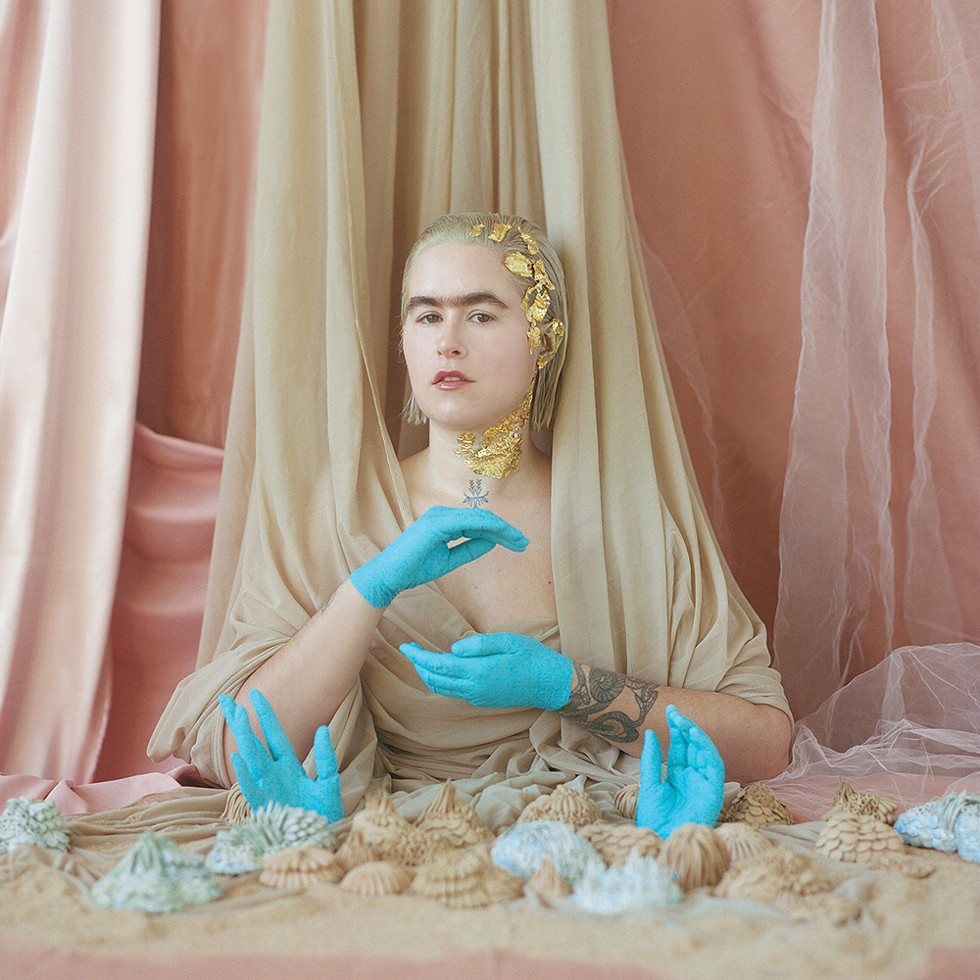 Raised by two artists, Ritz's creative exploration was encouraged from childhood. "Being an artist was my identity from a really young age," says Ritz, who took classes at Mill Street Loft as a teenager. "But I guess I needed another outlet, so I just started writing songs."

From the beginning, when Ritz was in college and performing her songs on guitar at open mics, music was a channel for her emotions."Writing music is medicine for my deepest pain and deepest pleasure," she says. "I'm really turned on by words—visually and sonically, so lyrics are the most important thing for me." Over time, she developed her own style of composing, which she describes as "psychedelic," characterized by "weird time signatures and picking patterns."

In spring of 2018, Ritz released her first solo album, Patterned Recess, and did a cross-country solo tour. She wrote another record processing the experience while on the road. "I was self-releasing a record and going on tour. I had to build myself up," she recalls. "So I started writing songs about manifestation and letting my light shine." 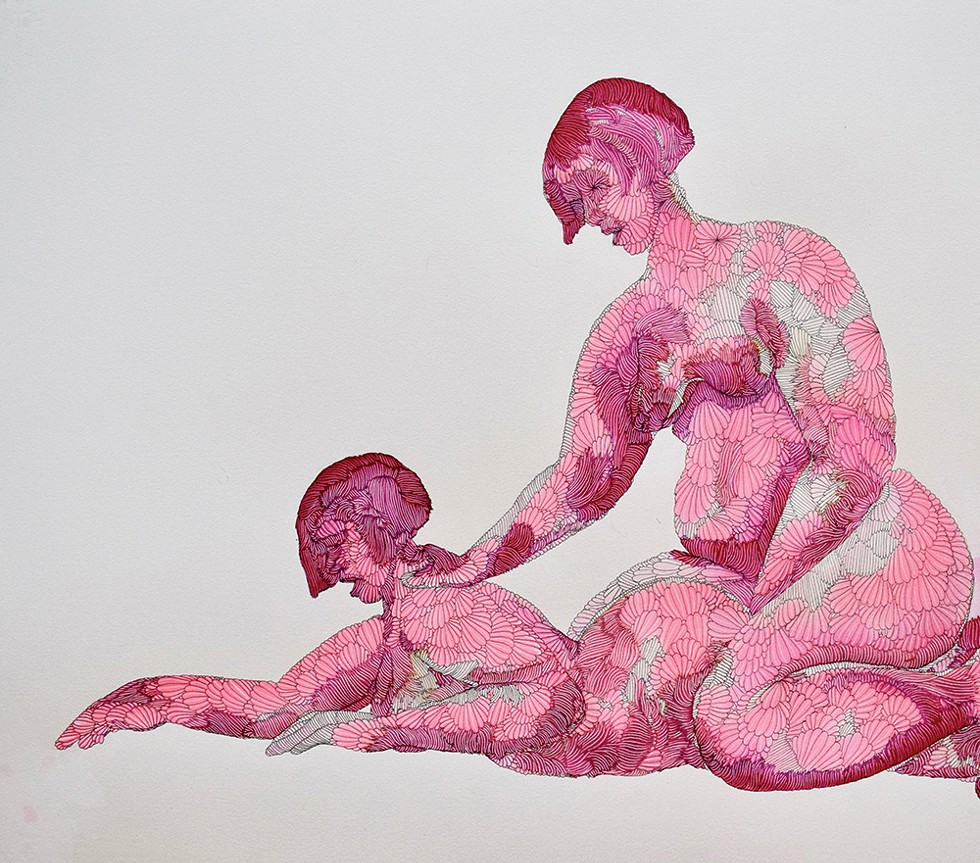 Since being back in Hudson, her artwork, too, has moved in the direction of affirmation and self-actualization. Her "me to me" series depict her in tender embrace with herself, hugging, whispering sweet words, making love.

"More than ever, my art and music inform each other," she says."My drawings are about having a conversation with myself, and the name of my new record is In Love Alone. It's all very harmonious and holistic, and it's never been quite that clear before."

For more work from Emily Ritz, visit her website.