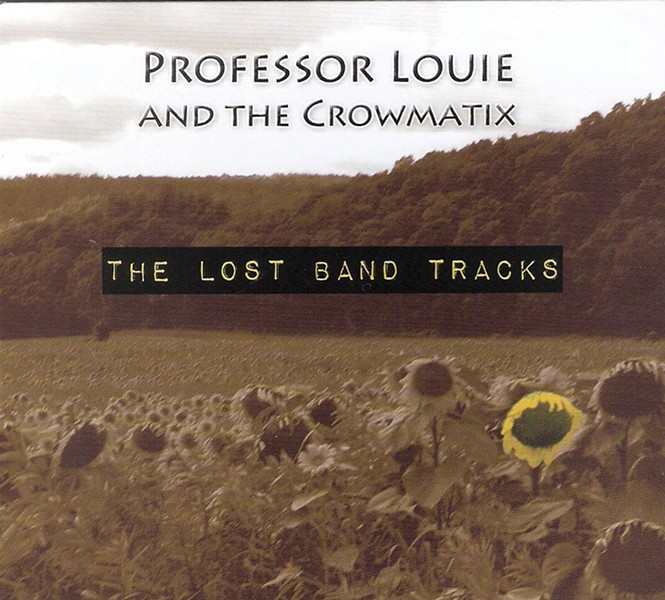 The Lost Band Tracks, the latest from the Crowmatix, gathers a half-dozen songs penned by Jules Shear (with assists from Jim Weider and Stan Szelest) for the Band's proposed 1991 Columbia Records comeback album. Shear's tunes catch much of the estranged Robbie Robertson's melodic majesty, which is still evident in these new recordings. One can hear the ghost of Rick Danko floating through "Too Soon Gone," which borrows its shape from "It Makes No Difference." And Levon's Helm's Southern grit sparks through "Tombstone Tombstone" even if he's not there. Aaron "Professor Louie" Hurwitz has a history with these songs, so it's fitting that he owns them in this context, drawing great performances from his crew. This can't rightfully be called a tribute, because the selections did not officially enter the Band's canon. But it can certainly be called a labor of love, and a pretty fine listen as well.

PRO_LOUIE___CROWMATIX_Tombstone_Tombstone.mp3
Update Required To play the media you will need to either update your browser to a recent version or update your Flash plugin.