Kevin Sprague, www.studiotwo.com An aerial shot of Yokun Ridge on the right and the Stockbridge Bowl and Tanglewood in the distance.

On a bright morning, under an attractive layer of fresh snow, the rolling mountains of southern Berkshire County seem to heave a deep sigh of satisfaction as they welcome yet another season of looking better then where you're from.

Just two hours from New York City and Boston, and a short jaunt east from the Hudson Valley, the Berkshires are anything but a shallow beauty. The area, it should almost go without saying, is widely renowned as a world-class destination for culture and the arts. The summer months are undoubtedly the busiest in the Berkshire towns of Great Barrington, Stockbridge, and Lenox. Many antique shops and galleries close or run limited hours until the snow melts, but with the aid of nearby ski resorts like Butternut and Catamount, and the draw of museums, there's still plenty of life here in the winter.

"My wife and I consider Great Barrington the prettiest and nicest place we've ever been," says Alan Chartock, President and CEO of WAMC/Northeast Public Radio, a Great Barrington resident for nearly 40 years. Chartock breaks his town down as succinctly as perhaps only a news-radio man can. "It has all the great stuff. It's got magnificent ski areas, hiking; it's got an environmental ethos; and it has a community of really beautiful people." Chartock says Great Barrington has changed a lot over the years and has a "more comprehensive" population then ever before. He feels the growing diversity is a good thing for the artistic-minded town and the Berkshires at large.

This year, Great Barrington will also be celebrate its 250th anniversary, with a series of monthly events ranging from concerts and antique-auto shows to a soapbox derby and a beard-growing competition. "It's the commercial, cultural hub of the south county," City Manager Kevin O'Donnell says, adding that the town has weathered the recession better than most. "We've got the best shopping and 45 restaurants. Business is undoubtedly off, but people are still coming to town."

One of Great Barrington's more eclectic shopping experiences, just outside of the town center on Route 7, is easy to spot, given the eight-foot Buddha head beside the entrance. Asia Barong is an expansive emporium offering all manner of art pieces, furniture, antiques, and even structures like a stilted rice house from Thailand. The massive collection of objects handpicked from their native lands by owner William Talbot are housed in a space large enough to be a lumberyard.

Talbot says that while a large chunk of his business is providing pieces to temples, museums, and nightclubs, being located in Great Barrington is mutually beneficial for his business and the town. "It's an artistic area and the local community is pretty sophisticated," he says, adding that people often come to the area to see things in his shop that they can't find anywhere else.

Great Barrington has a productive mix of working artists and patrons that allows for there to be interest in a wide range of artistic styles, according to Talbot. "I believe it all goes hand in hand," he says. "There's also a tremendous amount of innovation here."

One of the organizations bringing people into Great Barrington is the Mahaiwe Performing Arts Center, housed in the 105-year-old Mahaiwe movie theater on Castle Street. The historic landmark underwent a $7 million renovation to restore its original appearance and acoustics that was completed in 2006. Given the august legacy of so many of the Berkshires' performance venues, like Tanglewood and Jacob's Pillow, the Mahaiwe Performing Arts Center is in its infancy as it begins its seventh season, but its presence is already being felt throughout town. Restaurants like the highly regarded Castle Street Cafe next door now offer specials on nights when the Mahaiwe has a large draw.

Mahaiwe Executive Director Beryl Jolly says Great Barrington has really embraced the theater and business has bounced back from a hard hit in 2009 when the whole region suffered. "There's something to do almost every weekend of the year now," Jolly says, "We're offering something that brings in all aspects of the community, from people from New York and Boston to [students on] school field trips."

Between concerts and live theater and workshops the Mahaiwe shows classic movies and live high-definition broadcasts of the Metropolitan Opera. Jolly says the Center is particularly looking forward to February 18, when it will host a Rennie Harris PureMovement Hip-Hop dance workshop and performance, and March 5, when the Flying Karamazov Brothers will bring their unique comedic juggling act to the theater. "I think we complement [Great Barrington]," Jolly says, "and offer something special that [extends] it to everyone."

7 of the Hudson Valley's Top Museums to Visit 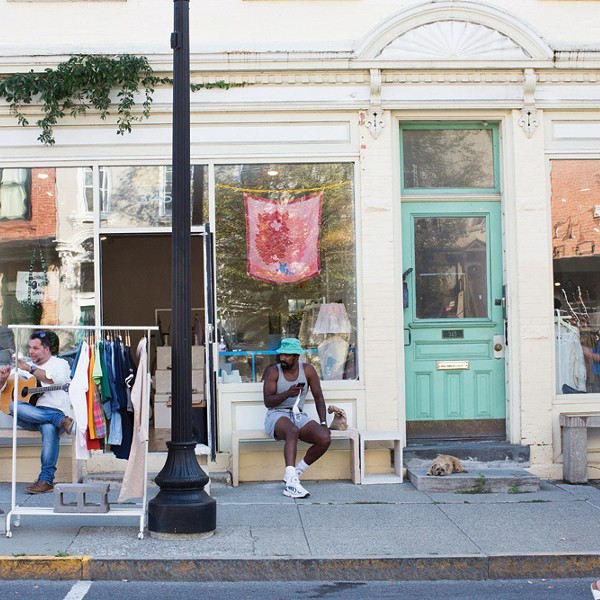