Power to the Plant Eaters

Are you ready to unwrap the health and wellness gifts of a plant-based diet?

Annie Internicola
When Jasmine Jordaan, a longtime carnivore, adopted a vegan diet in 2011, the last thing on her mind was her own health. Linked to her yoga practice and a deep concern for the environment, the shift in Jordaan’s eating habits came with little self-interest. “For me to make that kind of change, it couldn’t be to help just myself,” says the West Hurley-based attorney, realtor, and former activist for Greenpeace. “I had to do it for the world.” Yet a curious thing happened: She started to feel better. “I had a lot of health conditions,” says Jordaan, “and some of them started to just go away.” Only recently she had been overweight at 200 pounds and her cholesterol teetered at 330 mg/dL—considered high risk for heart disease. With prediabetic blood sugar levels, she was headed down a slippery slope toward medication or insulin injections. A bout of Hashimoto’s disease—an autoimmune disorder in which inflammation gives rise to an underactive thyroid gland—left her dependent on hormone replacement medication. Yet after going vegetarian in 2008 and then cutting out eggs and dairy almost three years later, her medical conditions began to evaporate. Precipitous drops in weight, cholesterol, and blood sugar levels put Jordaan out of harm’s way, and her thyroid disorder began to reverse itself. The best part? “Waking up with energy after not having it forever,” says Jordaan, 42, now a vegan educator. “I have more energy now than when I was 22.”

Taking Back Wellness
Not just a political statement made by tattooed PETA warriors and pretzel-bodied yogis, adopting a plant-based diet can be a powerfully effective way to take charge of one’s own health and wellbeing. “People are wanting a way out of the insanity that is our healthcare system,” says Kris Carr, a self-described wellness activist, author, and “cancer thriver” who lives in Willow. “A lot of people want to feel better, have more energy, look better—and they’re slowly waking up to the fact that they have more power than they think. The more that folks wake up to that, the more they realize that a plant-based diet can be their tool, their vehicle for the type of freedom they seek.” Carr, whose 2007 film Crazy Sexy Cancer told the story of her brush with a rare stage-4 cancer and her road to health through diet, is not alone in broadcasting this message. She shares the megaphone with plant-passionate MDs like Neal Barnard, researcher and author of books like The Get Healthy, Go Vegan Cookbook, and Caldwell Esselstyn, a retired surgeon featured in the groundbreaking 2011 documentary Forks Over Knives. Following the stories of dangerously ill patients who halted or reversed their disease with a whole-foods, plant-based diet, Forks Over Knives brims over with clinical evidence—including several studies about the rarity of certain types of cancer in populations that don’t consume meat or dairy.

One theme that experts like these come back to again and again is a defiant truism: The standard American diet is deeply flawed. Obviously, we’re in guilty love with no-good fast foods and processed foods. Yet even our ideas about what’s healthy—we need meat for protein and dairy for calcium—can be problematic and misleading. In fact, our misguided philosophies about food may lie at the root of the insidious health conditions that plague so many of us—from cancer and diabetes to heart disease, obesity, and stroke. Before her cancer diagnosis, recalls Carr, “I was definitely a meat eater, but, more accurately, I was an unconscious eater. I didn’t know where my food came from. I didn’t have a connection to my food and an understanding that food can be harmful—or it can be healing and helpful.” Since her doctors decided not to set her on a course of chemotherapy or radiation, Carr had to literally take her disease into her own hands. Along the way, she discovered that she had a powerful arsenal available to her in the produce section of the supermarket. At one point in her film she stands in front of Whole Foods Market and says brightly, “This is my pharmacy.”

Food as Medicine
The idea that food can heal may seem obvious, yet Western medicine—with its focus on pharmaceuticals and surgery—is slow to catch on. “Unfortunately, in modern, more conventional medicine, diet is typically more of an afterthought than a treatment,” says Kenneth Bock, MD, of Bock Integrative Medicine in Rhinebeck. “The notion that foods are not related to our health and how we feel is really missing the boat.” Specializing in nutritional and integrative medicine, Bock is one of those relatively uncommon doctors who uses diet as part of his treatment programs for patients with a wide variety of disorders and complaints. While he doesn’t prescribe a vegan diet to all (“I think individualizing diets is important; one diet doesn’t fit all,” he says), Bock does espouse a plant-rich, anti-inflammatory diet for many patients. “Plant-based diets are filled with colorful foods rich in flavonoids and phytonutrients that are anti-inflammatory, and that’s why they can be so effective in promoting health,” he says.

Inflammation may well be a scourge of the modern day—an underlying cause of so many of today’s chronic, complex health problems, from Parkinson’s disease and Alzheimer’s to autism and multiple sclerosis. “I think we’re looking at a chronically inflamed society,” says Bock. “Inflammation contributes to disorders that may not seem related on the surface and that may cross specialty boundaries—the GI system, the cardiovascular system, the neurological system, even the skin. Inflammation is obvious in some cases and not in others; sometimes it’s on the cellular level, or with Alzheimer’s, for example, it’s in the brain. The concept of diets that may help with inflammation really starts to make sense, and becomes more important not just for people with these disorders but for the prevention of these disorders.” In prescribing an anti-inflammatory diet, Bock recommends avoiding “bad fats” such as fatty meats, processed foods with hydrogenated oils, and polyunsaturated vegetable oils that have been heated to high temperatures (which creates free radicals that contribute to another health menace—oxidative stress). Good foods, says Bock, include olive oil, green vegetables, and cruciferous vegetables such as broccoli and cauliflower, which contain sulfur for a natural detoxing effect on the body. “I don’t want to make any claims about wonder foods,” says Bock. “But clearly, plant-based diets are less inflammatory, and that enables people to take charge of their health in a very proactive, positive way.”

Go Slow and Lean In
Diving whole hog (or, um, whole tofu) into a plant-based way of living can work for highly motivated people. But for many of us, a more gradual foray can bring about lasting change and a wealth of health benefits. Almost three years before she went vegan, Jordaan cut meat out of her diet. “I had no clue about what to cook,” she says. “Meat was the main ingredient of everything I made.” She still used eggs and dairy because that’s what she believed would make things taste good, initially. But slowly her cholesterol went from 330 to 220, and she shed 25 pounds without trying. More surprising, her thyroid condition started undoing itself. Did the onset of a less inflammatory diet have something to do with it? “I told my doctor, ‘Someone should do research about this,’” says Jordaan.

Carr, too, champions the baby-steps approach. “It’s more important to make slow changes and be consistent than it is to make big changes. I tell people to start adding goodness into their life before removing things. Before removing cheese or dairy, add a green juice or smoothie. Then you start to edge out the things that don’t serve you.” Meanwhile, Carr offers a three-step plan toward plant-centric eating. Step 1: Don’t buy from factory farms. “Really know where your food comes from,” she says. “It matters how animals are raised, from birth until slaughter. It affects their health, so why wouldn’t it affect yours?” Step 2: Look for the certified-humane seal. This ensures that the animals have been treated well and have been given no antibiotics or drugs. Step 3: Cut back. If you’re consuming animal products five days a week, reduce it to three days a week. As you go, she says, “Add goodness in. Cook real, whole foods instead of reaching for processed foods.”

Big Obstacles, Huge Rewards
For most of us, adopting a plant-based diet is not exactly an easy skip down a garden path lined with oversized vegetables and Vitamix blenders. Any dietary change—which requires undoing years of habitual eating choices—has its challenges. “I had to learn to cook all over again,” says Jordaan about cutting eggs and dairy out of her diet. Yet the shift brought tremendous health returns as her cholesterol and blood sugar entered low-risk levels and she shed 10 more pounds without effort. “I kvetched at first about missing cheese and Total Greek yogurt, but after three or four weeks I stopped missing those things. My family doesn’t miss those foods anymore either; I weaned them stealthily of Parmesan cheese in their pasta sauce.” After Jordaan took a few cooking classes with Pam Brown of Woodstock’s The Garden Café, she was off and running with a new repertoire in the kitchen. Now she kvells about Vietnamese summer rolls, Indian and Thai curries, and falafel and hummus dinners. “My husband said, ‘I can be vegan if we eat like this.’”

“People are afraid it will affect their social life or family life,” says Carr. “Sometimes people can get threatened when you change. You get all glowy and sparkly and you want to talk about it, and then your Aunt Sally will shoot you down. But this is your journey, and if health and happiness are important to you then you’ve got to stand by that decision.” Another common worry is eating out and traveling. Carr brings along snacks like trail mix for energy in a pinch. “Just because there isn’t a hunk of meat in the center of your plate doesn’t mean you can’t find nourishment,” she says. “You can get all the nutrients you need in a lot of the side dishes.” For the culinary-challenged, Carr recommends her new book, Crazy Sexy Kitchen, filled with recipes and cooking tips.
Some adopt a plant-based diet for philosophical or political reasons, while others choose the produce-laden path on a quest toward better health. However you begin, you can’t help but get touched by the lifestyle’s spiritual aspects. After she changed her diet, says Carr, “I felt an interconnectedness to other beings, other animals, and also nature. Nature was providing me with an incredible vehicle for recovery and balance to manage my chronic disease. And when you feel better in your body, you naturally feel more connected to spirit.” 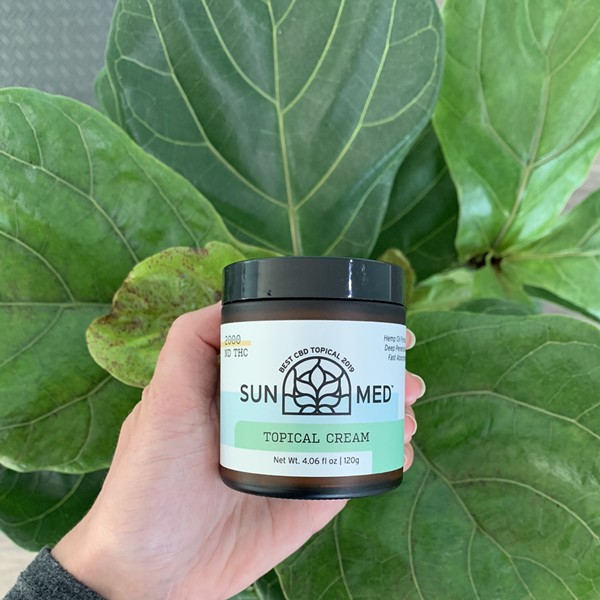