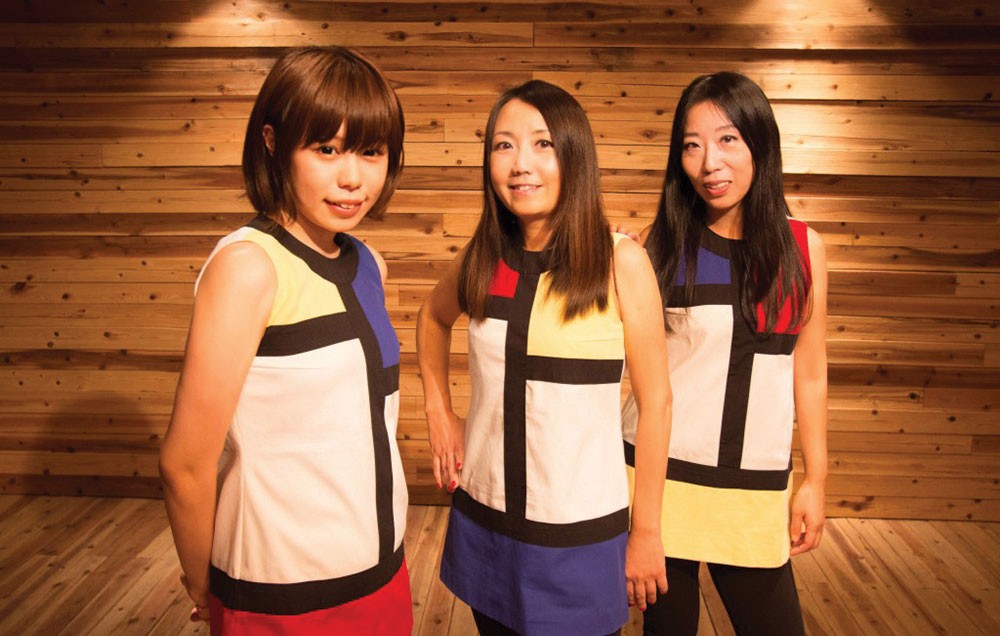 The original Japanese indie band, pop-punkers Shonen Knife have been slicing their way through the underground scene for the last 35 years. The Osaka trio counts Sonic Youth and Nirvana among their most evangelical followers, and, much to megafan Kurt Cobain's delight, they supported Nirvana on the Seattle legends' 1991 breakthrough tour. With a chirpy, crunchy bubblegum sound that cheerily pulls from the Ramones, the Beach Boys, '60s American girl groups, and '70s UK glam pop, the threesome was cofounded in 1981 by guitarist and singer Naoko Yamano and her sister Atsuko Yamano, who recently returned on bass to join Naoko and current drummer Risa Kawano. In April, Shonen Knife released their 20th album, Adventure, which in spots reprises the heavy metal influences they mined on 2014's Overdrive, although upbeat pop with cartoonishly happy lyrics remains the focus (see the optimistic "Jump Into the New World" and the surreally sunny Beatles pastiche "Cotton Candy Clouds"). On November 2 at 8pm, the iconic group will pay a wasabi-hot, small-venue visit to Beacon bistro Quinn's, whose savory Japanese fare should make them feel well at home. Local punk trio 100andzero will open. Tickets are $10. (845) 202-7447; Facebook/QuinnsBeacon.

While on the road during the early part of the band's US tour, Naoko Yamano took time out to answer a few questions via e-mail.

Shonen Knife has been a band for 35 years—congratulations! How do you feel when you think about that now?

I never counted by myself how many years Shonen Knife has been a band. If I count it, I dread to think of it.

When you started, did you think you would still be playing this far in the future?

Was there ever a time when you thought about stopping?

I never thought about stopping because being Shonen Knife became a part of my life.

For you, what was the music scene like in Japan when Shonen Knife started and how is it different now?

When we started the band, there were not so many bands around there at that time. The style was simple: playing music instruments and sing[ing]. Now the number of bands [has] increased and music [genres have] increased too. [Voice synthesizer program] Vocaloid is very popular to Japanese teenagers. It is "create music by computer and make 3-D character to sing."

What was it like to tour with Nirvana just as they were becoming really famous?

All of the members [were] gentlemen and we have good memories [of the tour]. I was surprised at their popularity. Kurt said that Shonen Knife is very unique, that we are the one and only. Anyway, I was just honored.

It's been said that Nirvana covered your early song "Twist Barbie." How did it feel when you heard them play it?

Actually, I had no chance to hear it. I just told Kurt the guitar chords of it. I wish I could hear it.

What do you like most about touring in America?

American fans are friendly and beds are big.