40 Cannon Street is Transformed into a Community Hub 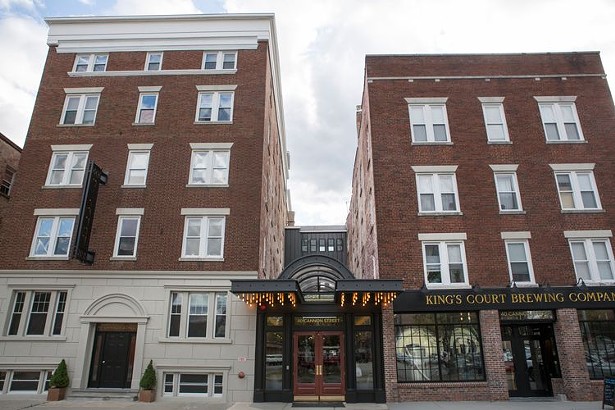 Built in 1915, the Kings Court Hotel was a Poughkeepsie icon: a home-away-from-home for the artists and prima donnas playing the Bardavon and a stopping point for wealthy folk on business trips up from the city. Converted to rambling apartments in 1970 and gutted by fire in 2011, many thought the fine old brick had seen its day. But that was before it was transformed into 40 Cannon.

Mixed-use development can be just a buzzword, paying lip service to smart growth while creating an alienated bubble of affluence. But or, when done right, this kind of project has a synergistic, positive effect that integrates and unites the community it is a part of. From day one, the Sullivans have been doing it right: building a solid base of public and private support, hiring local labor (for which they’ve received a Hudson Valley Magazine Hero Award) and finding just the right blend of tenants to create a solid asset for Poughkeepsie’s core.


The renovation of 40 Cannon Street maintains original exposed brick, wood floors, a sweeping marble staircase, and many other period details, lending majesty to a modern setting. The building’s 47 studio and one-bedroom apartments were rented almost instantly; only one of two lavish tri-level penthouses remains open. Residents are a mix: about half locals looking to relocate, half newcomers from all over, drawn to 40 Cannon by its amenities: gated parking, laundry rooms on each floor, communal outdoor spaces, grand lobby, gym, sauna, library, views, bike storage, yoga space, on-site management, and a community feel. 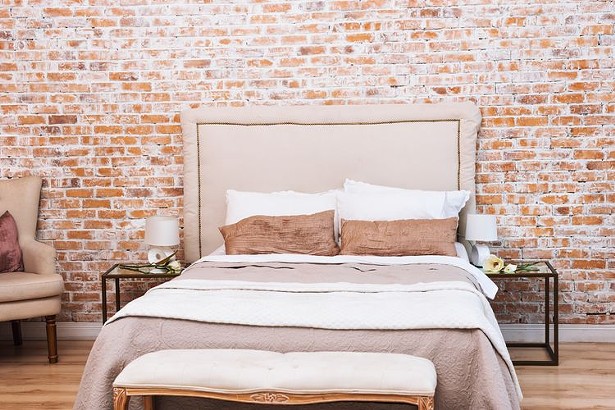 Downstairs, the Sullivans curated a careful selection of businesses to nurture the cultural and practical needs of the local community. Gallery 40 will hosting exhibitions of local artwork (on January 11 “The Sublime and The Beautiful” will open with an artists’ reception on January 18). Later in the month, the 1915 Wine Cellar, an upscale global wine bar, will open up shop in the basement. The owners are currently hoping to find the right dry cleaner and the perfect coffee shop, and there’s already an exceptional place to have a beer.

“We were looking for a place for our dream brewery, and they were looking for a brewery for their place,” says Caroline Bergelin, who co-founded Kings Court Brewing Company with partner/brewmaster Cortlandt Toczyloski. “The formalities were really simple; the planning commission helped push the stuff along, and Jim and Gina Sullivan are superb to work with. They took us under their wing and nurtured every step.” 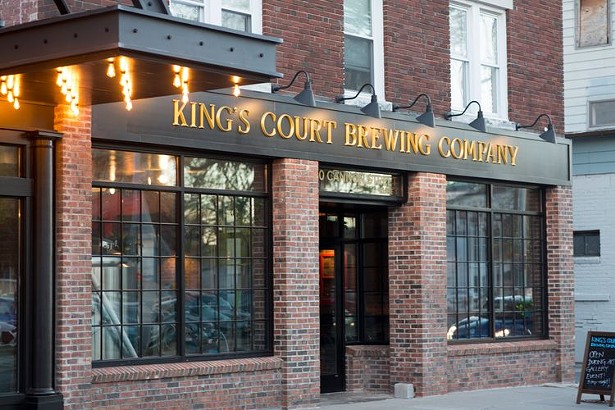 Whereas some breweries have gone headfirst into a segment of the beer market (think IPA makers and sour specialists), Kings Court is a proudly generalist brewery. “Our whole mantra is, we don’t do just one kind of beer,” says Bergelin. “We have something new every Thursday. And we have a honey ale for people who don’t like beer at all.” Toczyloski earned a Masters in brewing from UC Davis and worked as brewmaster at three places in the Bay Area before moving east with his pregnant partner to start a new chapter. “We’re loving the freedom to do things our way,” Bergelin says.


The public is loving the way they do things too. “Now we really have it. The brewery that ticks every box,” raves Poughkeepsie native Evan E. on Yelp. “Juicy, hazy IPAs, heavy imperial ambers, thick, creamy nitro stouts, balanced DIPAs, easy drinking kolsch and cream ales, and the list just goes on...Bold prediction: this will be the first brewery in the Poughkeepsie area where hop heads and other beer aficionados come from all over to line up for new can releases. Get in there before this place blows up.”

Kings Court Brewing Company welcomes kids and dogs in their 2,500-square-foot, ground-floor space. They also welcome outside food to supplement the small bites available. They’ve got a stack of local takeout menus (you can get a pizza brought right over) and in warm weather there’s a rotating cast of food trucks parked out front every weekend. They’re exploring different ways to flex their space: live music, book club meetings, pairing dinners with the Parish Restaurant in New Paltz, and private shindigs.


Like one of the Gallery 40 co-founders, Bergelin and Toczyloski live right upstairs, making for a mighty quick commute. They’re loving being part of the mix of fresh energy and history in Poughkeepsie. “The Bardavon serves our beer at intermission,” says Bergelin happily. “We’re developing a steady base of regulars. We’re going to have a home brewing competition in January; the winner gets to brew a beer here and we’ll feature it on tap. We might do more with food but we want the brewery solid—solid, fresh, and fun.”

Rebirth of a Landmark: City Winery Opens in Montgomery