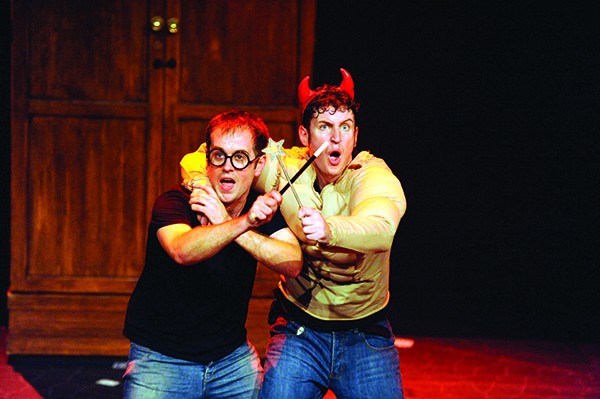 The wizarding world that captivated Harry Potter fans for a decade and counting gets a riotous revival with this condensed, theatrical production by former Children's BBC hosts Daniel Clarkson and Jefferson Turner. A whirlwind of comedic costume changes, musical madness, and preposterous props brings the magical creatures and characters worshipped by children and adults alike to the stage at Sugarloaf Performing Arts Center on October 17. The seven-books-in-seventy-minutes event features magical mayhem, gut-busting guffaws, and an interactive game of Quidditch with Clarkson and Turner's ridiculous set of rules. With Critics' Choice awards from the New York Times, New York magazine, and Time Out London, this off-Broadway production continues earning international acclaim. Put on your Sorting Hat and wield your wands for a night of witty wizardry. Sugarloafpac.org.