December 26, 2006
Last Updated: 08/07/2013 7:54 pm
comment
You might be aware of Iain Machell's work and not even know it. Machell constructs what he calls "landscape interventions"—sculptures made of found materials like wood or stone that are removed from the natural environment, altered in some way, often with text or signage from an unlikely source like a security manual, and then replaced in the landscape. Machell's Exit, an enigmatic four-foot tall mound of stones was on display for much of 2005 on the lawn of Kingston High School, and this summer his piece Error, a stone slab imprinted with the title of the sculpture, was exhibited as part of the "Unexpected Catskills" show curated by Portia Munson.The idea of intervention and conflict informs not only Machell's sculptures but his drawings as well. In Basic Plan, for instance, there are simple line drawings of animals paired with six aphorisms in cursive script, from "1. Attraction" to "6. Deepening the relationship." Machell forces together these incongruent elements, creating an odd tension between the text and visual elements that cannot be dispelled by knowing their provenance (a drawing primer and a college pamphlet on interpersonal relations). Machell terms his work "investigations," as he has no preordained destination for his pieces, instead referring to them as ideas in progress, brief pauses in a continuous flow of artistic creation. Machell teaches at SUNY Ulster and is currently serving as president of the Ulster County Arts Council. Machell's drawings are part of a group exhibit by members of SUNY Ulster Visual Arts department, "Faculty Works," which will be shown at the Muroff Kotler Gallery at SUNY Ulster in Stone Ridge through December 22. (845) 687-5113. Portfolio at NeoImages. —Brian K. Mahoney ain Machell on his work:Smashing Together A lot of what happens in my drawings is the smashing together of two seemingly different things. In one of my series, the texts and diagrams are all from warfare, bombing maps, Homeland Security iconography, some are directly from photographs of aircraft, some are from security manuals, and smashing them together with really elegant images from the Book of Kells and different religions and mythologies. I put them together and see what happens. Two languages are smashing together—the verbal language telling you one thing and the visual language telling you another. With the drawings, what's going on is this deliberate bringing together of disparate elements to create a tension to reflect some form of uneasiness, anxiety, tension. If there's an overall theme to the work, it's "Anxiety: Wake Up! These Are Anxious Times. Don't Pretend They're Not." This is an attempt to deal with my own feelings about that, but also a communication that this stuff is scary and it's all around us. Audience Awareness I'm aware of the audience. There's one stage when you're in the studio and you're trying to keep yourself happy about the work and how you feel about it. And then there's another stage, where you know it's going to go to an audience. You're thinking of it as communication—it's going to end up on a wall somewhere, someone's going to see it and you're going to want some feedback. That gets to be an interesting test: "How will someone else see this?" Because you're alone in your studio and you might not always have that opportunity for someone to give you feedback, and they might not be honest when they do, especially friends.
Investigations You do go through that natural weeding-out process, and I see that a lot through my teaching, how students think as they're deciding: "When is it finished?" "How good is it?" "Is it good enough?" So you tend to be your own worst enemy and beat yourself up and say, "None of this is good enough." But it's all about the generation of an idea and you don't know where it's going to go. Some of the ideas just get thrown right out. And I've learned a lot along the way about what you should accept and reject. I like to call my drawings "investigations" because I have no idea what's going to happen or where it's going to go next. That's the fun part, you just have to let go.
Seduction I try and get someone's attention with a visual hook, so the information can sink in a little bit deeper. I heard a great explanation of it from an artist who performs very intense shows about rape and incest; these very heavy topics, but she does it in a funny way. Her explanation was, "I try to get the audience to laugh, and while their mouths are wide open, I'll drop in the message." You're trying to get the viewer seduced into your work: "Come and look at this, and there'll be something to think about when you get there."

Never-to-Be-Completed Work I like to have enough space to work in so work just goes straight up on the wall, or on the floor or whatever, and I'll just leave it out and look for new connections between them all. Sometimes I'll see different things and sometimes I'll look at it and think, "That's the only bit I like," and I'll cut it out and put it in something else.

Every artist I know has a couple of pieces that they keep pulling out and working them some more and then putting them away and it never gets done. It's this never-to-be-completed work that's a big mystery.

Common Ground I want to have an elegant visual idea right off the bat. It has to be exactly "what you see is what you get." When you look at it, it has to have a certain well made strong idea that gets you engaged visually. I have a natural tendency toward a good finished product. There's a craft element that I'm looking for, that it has to reach a certain degree of technical skill to convey the idea. Then there's another, conceptual level. But I don't enjoy work that you need to be deeply involved in theory to understand. There has to be a good common ground, and that's in the visual idea.

How Things are Made to Look Important I have these archeological books with diagrams of the digs and mapping out of different elements, and I thought, what if I treated these rocks that I'm carving into as things from history that have been found that have some significance? I created these imaginary artifacts and made these imaginary archeological sites and maps where they were found. Sort of an imaginary history lesson. These are the kinds of things that interest me: diagrams in textbooks and how things are made to look important by being given a certain format in a science or history book, the way is given significance by the visual information.

Viewer's Work A hard thing to learn the more you work is what to leave out. There's a strong tendency to overexplain things, to make it too easy. And sometimes you dumb it down. You want to make sure people get the message so you make it too simple. But I tend to go in the opposite direction, pulling things away, so there's much more mystery. I like the viewer to do some work. I don't like passive viewers.

Landscape Landscape is a very strong style in the Hudson Valley. I am trying to engage in that but ina critical way, sort of like a dark mirror, looking at that school of thought and just thinking, well, this is beautiful, this is a little paradise and everyone's doing these really nice, aesthetically pleasing landscapes, but look again. I just find it hard to put together the fact that you could be living in the mountains and enjoying this incredible scenery and pick up the newspaper and read about these dire emergencies. 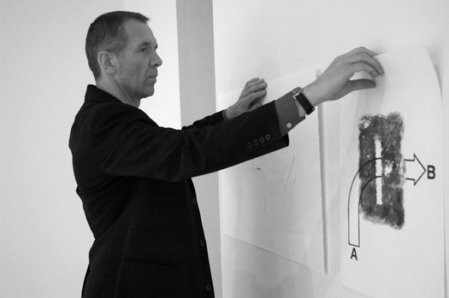 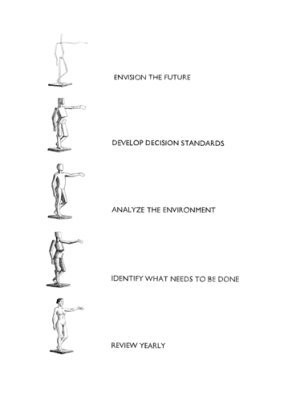 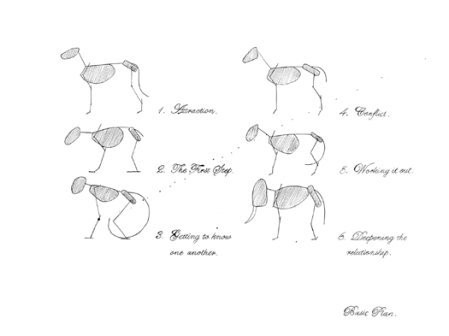 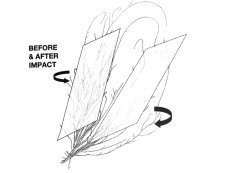