Portrait of a City 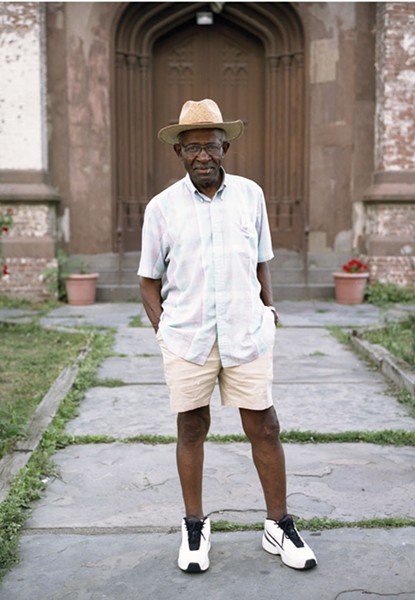 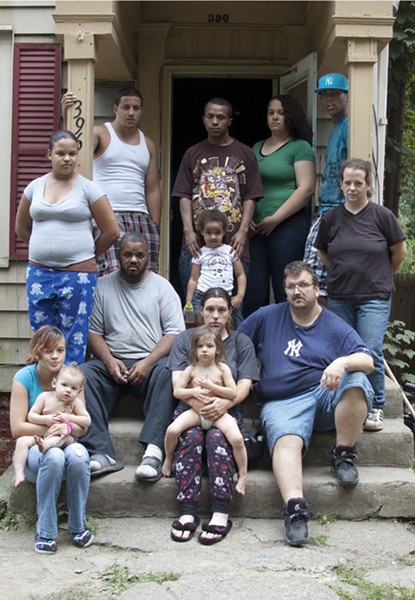 Dmitri Kasterine is a really good listener. And he’s got a good eye too: Kasterine won’t fail to notice the discrete changes, moment to moment, in the way you want yourself to look to others. He’ll pay attention to the way your eye darts left when you’re uncomfortable; right when you’re taken with something he said about you, and then as you settle into some calm he’ll shoot your portrait. 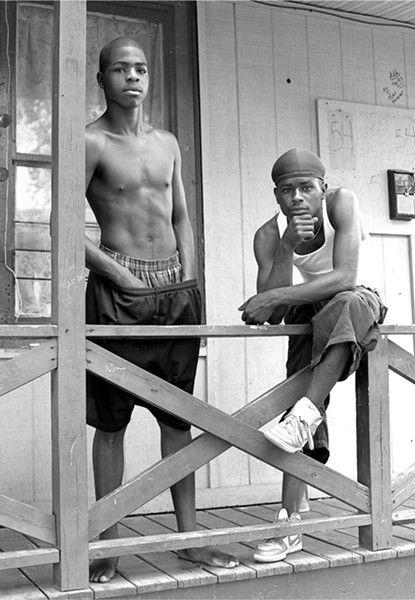 All that is plenty evident in the 43 large, vinyl portraits of Newburgh on display until November on the wall of the historic Ritz Theater off Liberty Street in downtown Newburgh. The work, exhibited in collaboration between the Ann Street Gallery in Newburgh and the community and arts advocacy organization Safe Harbors, is titled “Newburgh: Portrait of a City.” A companion volume of the same title is being published this month by The Quantuck Lane Press, the result of 16 years of documentation by Kasterine. 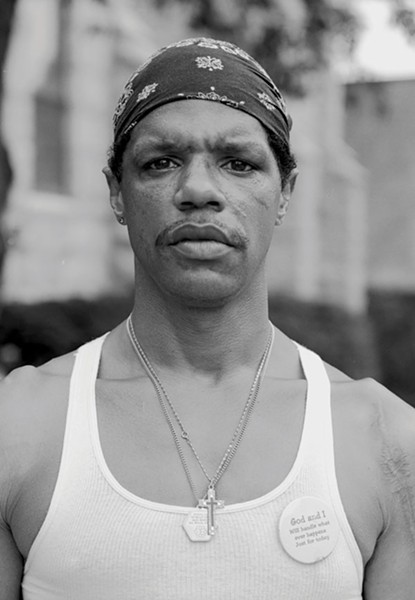 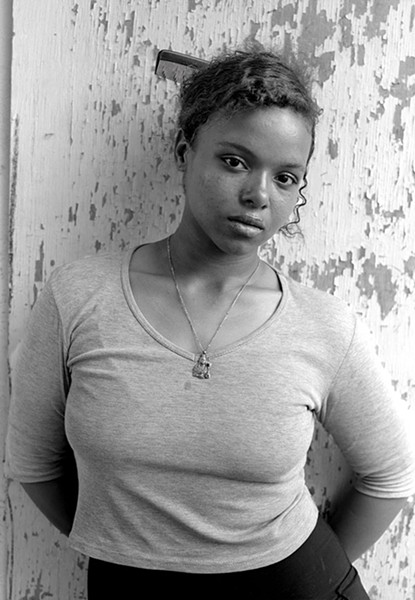 Newburgh, once deemed “America’s Most Beautiful City,” is now in the unraveled throes of the Post-Great Recession, its public services reduced from an already barebones level to something skeletal. A few years ago, it was one of the most dangerous cities in America, dubiously distinguished by having one of the highest per capita murder rates in the country. The outdoor work on display, the scheme and product of Kasterine’s work from 1995 to 2011 both speaks to these concerns and shirks them. 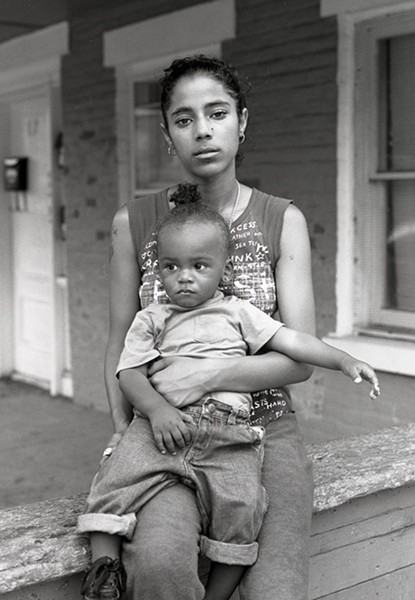 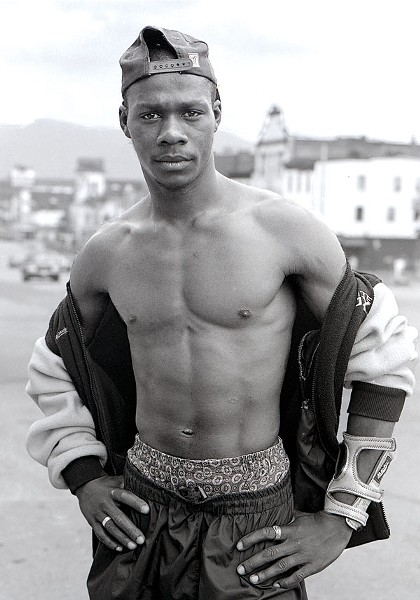 Speak, say, to Rodney Hardison, a Cooper Union trained artist who now calls Newburgh home and works at the Wherehouse, a bar/restaurant across the street and in full view of Kasterine’s work. Hardison will tell you the work represents a people disenfranchised from representation itself; the work makes visible that which has been invisible for decades. The pictured residents of Newburgh have had no opportunity to represent themselves as a people who live daily outside the mainstream representation of poverty and violence. Today, Newburgh is slowly turning itself into what many hope will be a sustainable, locally managed and developed community. Hardison will tell you that Kasterine’s work offers that representation: a rebounding city peopled by hopeful folk united in their diverse stories. And Hardison will tell you the neighborhood now owns that work. 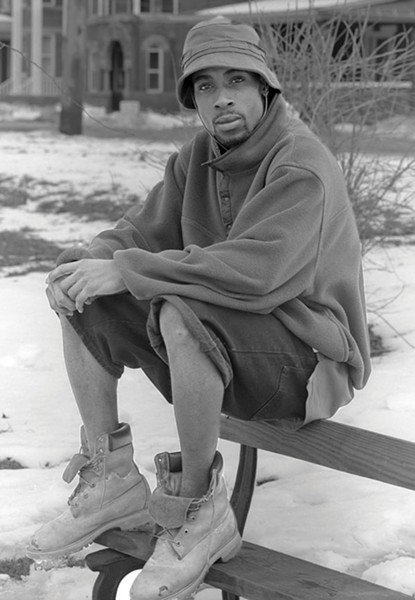 br /> Still, the photographs are not a study guide to anything. They are narrowly focused particulars, pictures of proud, unbowed men and women, some couples, most alone, in the city. Some of the subjects are assertively beautiful: their dark skin bounces right off white highlights and grey architecture; Kasterine’s own view on beauty. 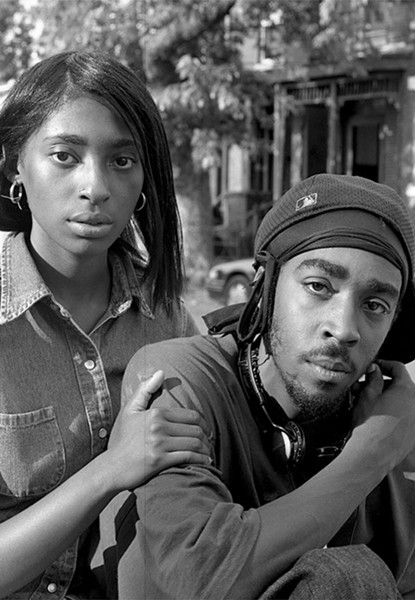