Albany-based photographer Laura Glazer has spent the past four years trailing Phillip Patterson, a retired interior designer who began copying the 1611 King James bible by hand in 2009. Using sheets of unlined, oversized watercolor paper, the Philmont resident's process involved lining the pages in pencil, writing the verses in felt-tip pen, and then erasing the rules. (It took 496 pens to complete the project.) Fifteen thousand photos later, Glazer has complied a massive document of Patterson's project. 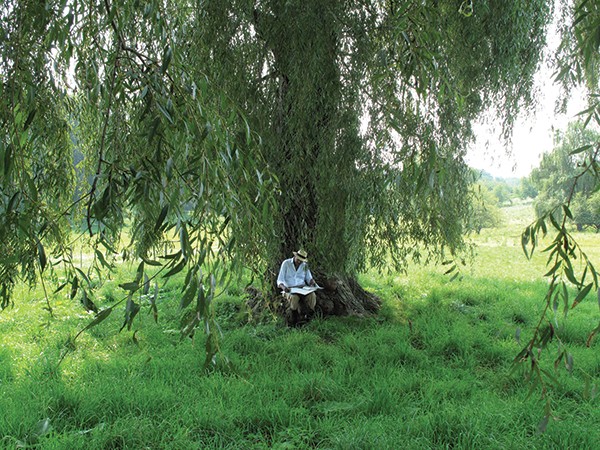 Patterson completed copying the bible on May 11, writing the final lines from the Book of Revelation in a ceremony at St. Peter's Church in Spencertown. (The King James version of the bible contains approximately 780,000 words.) Patterson will spend the next several months binding the eight volumes of his bible together by hand. He then plans on donating it to the church. Portfolio: Serenityofknowing.com.

Laura Glazer's photos of Phillip Patterson, a retired interior designer and his work—the 1611 King James bible he began copying by hand in 2009.