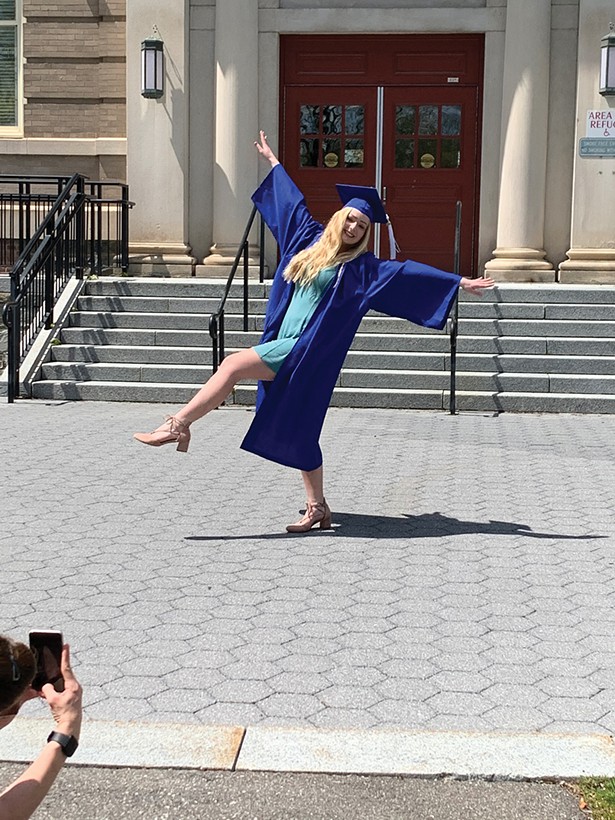 [Editor's Note: On June 7, New York State announced that outdoor graduation celebrations of up to 150 people will be allowed starting June 26. For many schools, the gathering limit is smaller than the size of their graduating class; schools across the state are still weighing their options. The announcement followed just days after the state released guidelines recommending drive-in and drive-through ceremonies.]

No lining up in the hallway straightening each other's mortarboards as they await the swelling chords of "Pomp and Circumstance." No families squashed cheek by jowl into gymnasiums. no prom or senior skip day. The graduating class of 2020 has experienced a collective senioritis interruptus unlike anything in living memory, missing out on myriad adventures large and small that they'd been anticipating for months, even years.

"We understand this is a time of year when you would have been performing in your last concert, acting in your last play, competing in your last athletic event, finalizing prom details, and preparing to walk across Academy Field," wrote Newburgh Enlarged City Schools Superintendent Roberto Padilla to the graduating class of 2020 on April 7, back when there was still some hope that the shutdown would be brief. "This is why we are launching a campaign in our district called #SavetheSeniorExperience. We are committed to ensuring you and your family have your memorable, in-person graduation. As soon as we get through this, we will celebrate you as seniors." As of May 20, there was still no certainty about when that in-person graduation might be held.

Social distancing has led to graduation innovation, reshaping a procedure that's stayed the same in most places for decades. In Indiana, grads from Speedway High School will get to drive a section of the Indy 500 track with their families, getting their diplomas at the finish line. In New Hampshire, 174 grads will ride a ski lift up Cranmore Mountain. In Virginia Beach, June has been declared "The Month of the VBCPS Graduate;" among other events, each of the four high school stadiums will "Light Up The Night" on successive evenings, field lights blazing for precisely 20 minutes and 20 seconds while scoreboards flash 2020.

Senior yard signs, prerecorded speeches from notables, and tribute videos have replaced traditional observances across the Hudson Valley, as administrators and stakeholders wrestled with ways to make their congratulatory message land with some oomph. Poughkeepsie hung a giant "CONGRATULATIONS" banner with a class picture taken in pre-COVID. Kingston High School is holding a virtual awards night and opening the building for a day so that grads can come in one by one, pick up cap and gown for the livestreamed ceremony, and say hello and goodbye to administrators and familiar hallways. As of May 7, 35 educational institutions of various descriptions had inquired about the use of the Warwick Drive In; most dates in June were already spoken for pending state approval of the plan, which would include utilizing only every other parking space.

Woodstock Day School is holding its commencement at the nearby Greenville Drive-In. "It's great," says Director of Admissions and Dean of Students Adrian Hood. "We've got so many talented teachers and parents working out the details that it's going to be one for the books." At half-capacity, the drive-in holds 135 cars, "so we're basically going to be able to keep our whole beautiful tradition," she says. "We'll have live music. All of the seniors will be able to speak, socially distanced on a little pedestal, and they'll be live-streamed onto the movie screen. And we have some surprises for them—prerecorded tributes from famous actors, comedians and musicians. The New York Times is thinking of sending a photographer. Meanwhile, we're celebrating all of the kids every chance we get."

At Oakwood Friends School, traditions made virtual include a senior awards ceremony (academic, athletic, and arts) followed by a candlelight Quaker Meeting for Worship. "While Zoom isn't the traditional platform, we anticipate that our students and their families will enjoy this event regardless," says Dean of Students and Residential Life Sara Sandstrom.

Rounding out the program were informal Zoom hangout sessions for seniors and faculty, a celebration video, and finally a live-streamed graduation. "Our grades are small and every senior goes to the podium and makes a two-minute speech," explains Sandstrom. "We do not have a graduation 'speaker.' This year our seniors have been mailed their caps and gowns and will be recording their speeches at home." There are hopes of reuniting the Class of 2020 for an in person celebration in January of 2021.

Berkshire Country Day School is holding an outdoor ceremony, gathering graduates and immediate family to the school's 27-acre campus in small, socially distanced groups to partake of live music and pre-taped individual videos made by teachers. The entire event was recorded for posterity and ease of sharing.

Though it may not be as fraught with pomp and circumstance, every parent of a 13-year-old knows that 8th grade graduation matters too. Schools are posting virtual recognitions, holding waving parades past the homes of those "moving up," and otherwise trying to make sure that next year's freshman class will know in their bones that they've accomplished something. 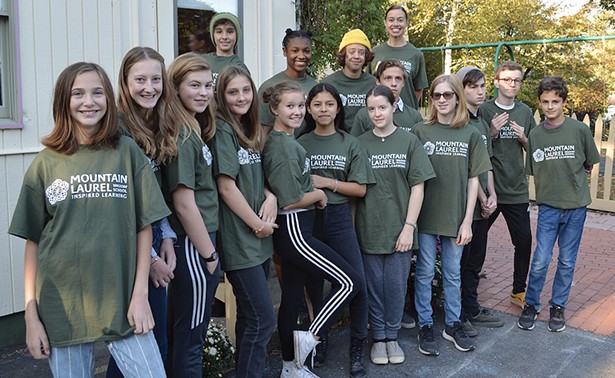 At Mountain Laurel Waldorf School in New Paltz, graduating 8th graders—the school's oldest group—have been feted all year long. The first day of the year began with a Rose Ceremony, in which 8th graders welcomed new first graders across a wooden bridge and handed each a single rose. The class carried the giant dragon in the school's September Michaelmas observance (the other kids were defiant villagers) and organized and directed schoolwide Games of Courage. In February, the class filled the house at the Rosendale Theater for a two-night run of "Into The Woods," the capstone of their eight years of dramatic education and performance.

But on May Day, when Mountain Laurel's Class of 2020 would traditionally have performed a Morris sword dance, gathering in person was impossible and sorely missed. And students have voted against a prerecorded version of their Presentations, highly anticipated sharing of the passion projects they had worked on with mentors all year, opting instead to postpone until a live event would be safe. The Faculty Tea gathering and graduation itself are also postponed. Given the choice, Mountain Laurel students are opting to wait until they can give and get those hugs; meanwhile, creative energy is being poured into an extra-special yearbook. And school personnel were still trying, as of mid-May, to figure out just how to replicate the Reverse Rose Ceremony, in which graduates receive a rose from first graders, in a socially distant way.

Some colleges held May commencements as best they could. SUNY Ulster streamed prerecorded ceremonies over Facebook Live and Youtube, complete with "Pomp and Circumstance" from the school's brass quintet (2017 version) and recorded messages of inspiration from College President Alan P. Roberts and a long list of dignitaries. Degree candidates were presented via slides with voice overs, which may well have afforded the audience a better look at each graduate's face than is possible in an auditorium. Roberts then set off in his car and drove around the county to pay each grad a personal visit, presenting them with their diplomas and his masked words of congratulation.

Overshadowing the entire experience, of course, is uncertainty about the future. College campus visits have been impossible, standardized tests rescheduled, and many schools are not at all sure whether there will be campus life in fall 2020. For now, the best the adults can do is tell the kids the things they are sure of: We love you. We're so proud of you. Good luck.