Policing in the Hudson Valley 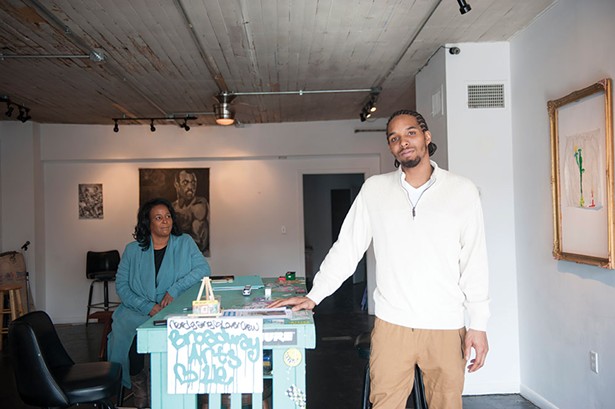 In March 2012, Newburgh police officers shot 22-year-old Michael Lembhard nine times in his family’s living room. Lembhard was wanted for not reporting to court on a domestic violence charge, and when they went to apprehend him, police said he lunged at them with a kitchen knife. Michael Sussman, the family’s lawyer, said 20 shots were fired. Bullet holes were found in the walls, floor, and sofa.

Lembhard was one of six men killed by Newburgh police between 2006 and 2012, and the deaths sparked a series of protests in the city. Crying, Cherry Lembhard interrupted a press conference to accuse Police Chief Michael Ferrara and the NPD of murdering her brother; during meetings, angry relatives and friends demanded outside investigators. A grand jury cleared the officers of any wrongdoing in the death of Lembhard, and the Newburgh City Council narrowly approved an $81,378 settlement for the family in 2016.

Between 2003 and 2009, more than 4,800 deaths were reported to the Bureau of Justice Statistics' Arrest-Related Deaths program. Of those, 61 percent were classified as homicide by law enforcement personnel. The small cities and towns of the Hudson Valley are not immune to problems of excessive use of force by law enforcement. Some communities are, in certain respects, a window into the national issue. Through conversations sparked by the Black Lives Matter movement, and concern around the Trump administration's support for policing tactics that target immigrants and communities of color, the issue is being pushed to what many hope will be a tipping point.

Discussions of policing often reveal deep divisions between civilians and law enforcement, especially in communities of color. Community activists point to racial profiling police practices and news blotter reporting in the media, which both disproportionately target and present people of color as being inherently threatening. For law enforcement advocates, the dangers of being first responders causes intense stress and ill health effects. Around 2006, Newburgh led the state in violent crimes per capita, and gang violence was the culprit for all but two or three of the city's 16 homicides. According to a 2010 New York Times article, "By law enforcement estimates, gang members with national affiliations outnumber the city's police by a ratio of three to one, not counting the hundreds of young people in homegrown groups." Fear was rampant among police officers and residents.

Omari Shakur now lives in the apartment where Michael Lembhard was killed. Sixty-two years old, he's father to 12, grandfather to 28, with one great-grandchild and one on the way. He's lived in Newburgh his whole life. An activist with the Nu-Poets, Shakur began to question and film police officers during arrests that he witnessed, which resulted in Shakur's own arrest three times. Shakur fought those charges and was ultimately found not guilty, but he believes there was retaliation for his criticism of police. In October 2006, 14 days after Shakur filed federal suits against the department for those arrests, his 23-year-old son was shot in the back of the head by a City of Newburgh police officer during what police described to the press as a shootout.

"Over the past few years, our nation has seen tragic cases, captured on video by bystanders and police, but this has been going on for years," says Shannon Wong, the Lower Hudson Valley chapter director of the New York Civil Liberties Union (NYCLU), a state affiliate of the ACLU, which has a history of monitoring and receiving police complaints and working on criminal justice reform. "The reality is that communities of color have historically been oppressed by police departments."

In a 2017 study, the NYCLU asked New York police departments for information on their policies, trainings on cultural competency, language access, and de-escalation techniques, all of which must be disclosed in response to a FOIL (Freedom of Information Law) request. The three Hudson Valley municipalities examined—Newburgh, White Plains, and Mount Vernon—did not respond to the FOIL request within the legal deadline. Newburgh took 23 months from the initial request to complete it, and then the NYCLU received heavily redacted documents, which they ultimately deciphered as irrelevant to their request.

The NYCLU wants to see the Police Statistics and Transparency (STAT) Act passed. STAT requires uniform data collection and reporting on arrests and deaths in custody, including the race, ethnicity, age, and gender of people who are charged with violations and misdemeanors, plus reporting on the geographic location of enforcement activity. According to Wong, STAT is unlikely to pass anytime soon. "It looks like, statewide, there is momentum on bail reform, which will mean, for now, police transparency is not on the top of everyone's mind," Wong says.

On the sixth anniversary of Lembhard's death, the annual memorial held by the community—a balloon release at Washington's Headquarters—was postponed because of a snowstorm. The week before, Shakur had been honored by the NAACP. The week after, he was honored by Newburgh's City Council. But that week, he attended the funeral of Lembhard's father, who had been in a mostly vegetative state since his son's death. "That could have been me," Shakur sighs. "Lemdhard lost his will to live when he lost his son."

The original print version of this article was titled:
"A Question of Force: Policing the Hudson Valley"

MOD.VIN: A Clothing Shop for the Couture-Minded Comes to Kingston’s Rondout Sponsored