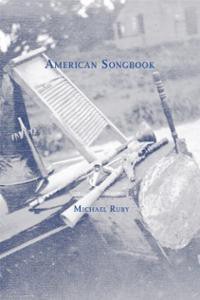 These brilliant, maddening poems deconstruct and reinvent familiar songs, riffing into the stratosphere. Fragmented lyrics run through each poem like magnets, drawing iron filings of sound to create new shapes: "Somewhere hurlers / Over the rainbow thick as pelts"; "I'm stuck in Folsom Prison opening oats and downing omnibus theologies."  A concept book can wear thin, but Ruby's American songbook samples the DNA of everyone from Bessie Smith and Woody Guthrie to Tupac Shakur, recombining with the agile imagination that sired his genre-bending Memories, Dreams, and Inner Voices for Station Hill Press of Barrytown. Ruby's literary mixtape insinuates itself into the reader's experience: Maybe "O'er the ramparts bad taste and lovin' it" really does belong in "The Star-Spangled Banner." This land is his land. —NS 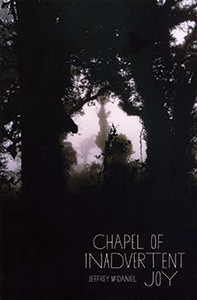 Sarah Lawrence professor McDaniel's lavishly metaphorical, rollicking page-turner challenges—everything. Satan obeys God "with reptilian loyalty...so you (God) could hero in ..." The poems turn darkly ribald as a cuckold, "binoculars / trained on a red-feathered bird," titillates us with all his wife enjoys elsewhere. This bird, though, is the poet himself "flinging praise through the sky." At the centerfold, the speaker of "The Keeper of the Light," a compassionate Whitman-like visionary, accompanies night's inhabitants: "I read you / ...chart your coordinates. Note your howls. And no, / I cannot save you... (I) sit inside this giant candle and fling thimbles of light / in your direction, whispering, I hear you, hold tight." —LG 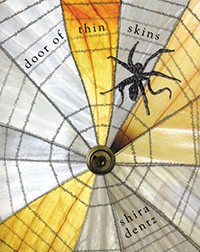 In a unique hybrid collection of poetry, prose, and visuals, poet-artist Shira Dentz guides us into the timeless "now" of a young woman psychologically and sexually manipulated by her 60-year-old psychotherapist. Language is continually plumbed for richer meanings. From narrative, resonating words and phrases break and recombine into lyric that evokes the broken psyche, the feverish state of trauma. "I had been woven. / seated in the maze tornado winding / back his schedule/ 6 years." Word-art is made from individual words and phrases; "slippery slope" arranged in a series of colliding perpendiculars suggests giant Xs. Rensselaer Polytechnic Institute professor Dentz's multilayered fractured narrative dazzles. —LG 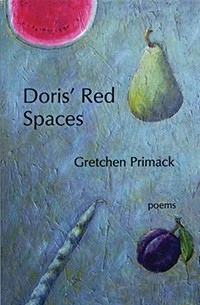 Gretchen Primack's third collection combines the insight of experience with the spontaneity of improvisation. The voice of the eponymous Doris, a zesty alter-ego, plays against and with that of the unidentified speaker, each yearning to fill life's empty spaces "the cozy napped / fabric of the lungs, the heart / all the unnamed brittle gourds rattling..." Poems devoted to everyday life are anchored in physicality. "Your neck was a spoon / so I balanced it on my knee and smiled into its / wonked mirror." At work, the exhausted clerk fills "her hand / with a shower of gold dried apricots." Stories "cook into red marrow," giving vitality to this wide-ranging volume from Woodstock-based Mayapple Press. —LG 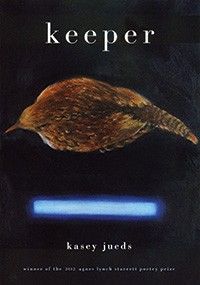 In Kasey Jueds's début collection, lyricism born of inventive syntax wedded to sharp-eyed imagery illuminates shadowy spaces where natural and domesticated worlds overlap. "First dark, then more dark / smoothed down over it," a bat circles a bedroom ceiling. Pressed like a leaf between pages of a book's "dark inside," a scrap of paper preserves a "lost friend's handwriting / in black ink." Youths who observe sharks, clustered in a "scummed tank" missing "the unbearable / sea," elsewhere age into museumgoers, arrested before Rousseau's lion or Mary painted among hollyhocks. Jueds credits Mt. Tremper's Zen Mountain Monastery for "keeping the ground under my feet." Memory and longing accumulate and expand as Keeper contemplates what to relinquish, what to retain. —PU 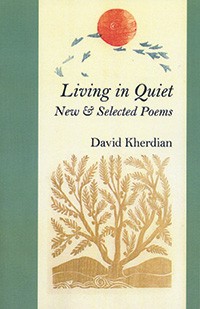 This generous anthology gathers a lifetime of work between covers. Kingston resident Kherdian's early poems limn an iconic midwestern boyhood—drinking Horlick's malted milk, fishing in the aptly named Root River—with a twist: his parents were uprooted Armenians, burdened by "homesickness /brought on by my English." As a young New York writer, he meets soulmate Nonny Hogrogian, an illustrator who gives his nose to her fairytale characters. They move to New Hampshire, where Kherdian's detail-rich lines shorten and simplify ("cup your hands / they will hold / this poem.") Living in a Gurdjieffian farm community in Oregon adds a touch of the mystic-ecstatic ("There is a beauty in all this / beyond the telling"). Here are the fruits of "a lifetime of acquainting." —NS