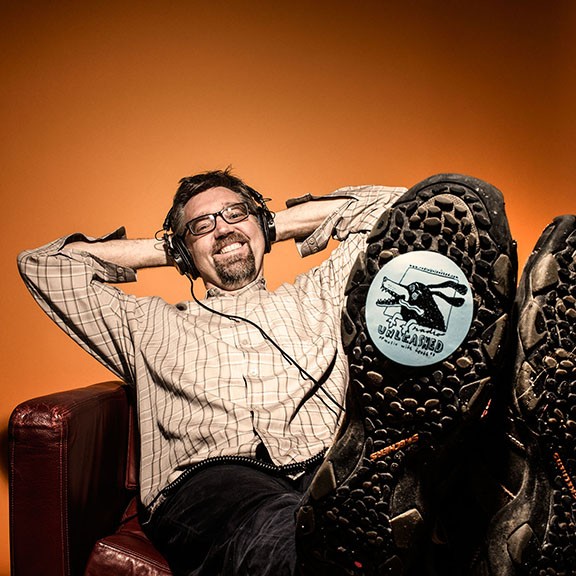 For the last 25 years, Dave Leonard has been shaping the listening habits of the Hudson Valley. First at WKZE, when that station was just starting out in Sharon, CT, later at WDST, where he oversaw the rollout of the Internet boom dream that was the Woodstock Broadcasting Network, and consistently throughout with his eclectic two-hour show Radio Unleashed.

Podcast Episode 48: DJ Dave Leonard
Update Required To play the media you will need to either update your browser to a recent version or update your Flash plugin.

Radio Unleashed is a bit of an odd duck on terrestrial radio these days, combining old classics and breaking music in a quasi free-form format that's been mostly discarded over the airwaves and mostly only heard on satellite or digital radio. Dave's most recent show, episode #1282 (!) is typical. The show opens with dreamy `90s Brit rockers James, followed by a cut off Haim's debut, then back into a deep cut from British off-kilter indie rockers Alt-J. Listening to Radio Unleashed is akin to being taken for a long drive with your cool older cousin when you're 12 years old, and he shows you how to appreciate music.