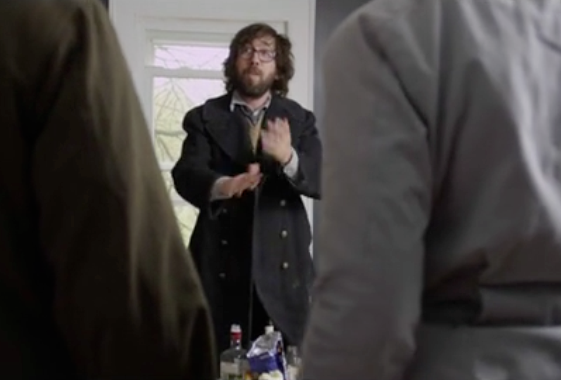 A pre-apocalyptic comedy, Doomsdays follows the misadventures of Dirty Fred (Justin Rice) and Bruho (Leo Fitzpatrick), a pair of free-wheeling squatters with a taste for unoccupied vacation homes in the Catskills. Their commitment to the lifestyle is challenged, however, when a runaway teen and an aimless young woman join their ranks. One might hesitatingly call it a family comedy—shot almost entirely in the Hudson Valley by first-time feature director Eddie Mullins.