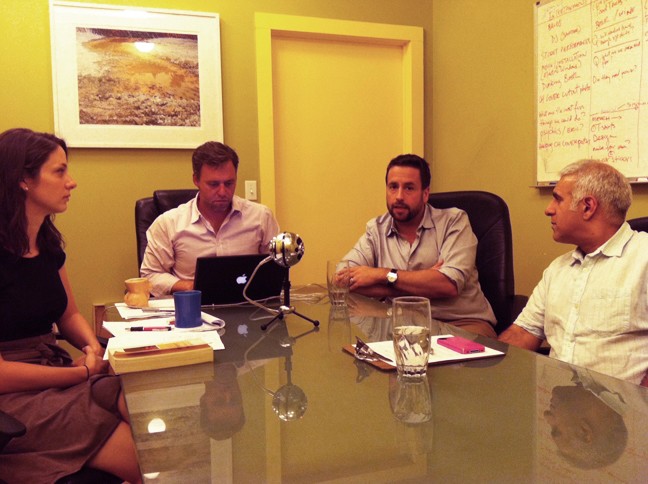 One highly anticipated event for the 2013 season is a stage adaptation of Mikhail Bulgakov's novel The Master and Margarita. The book, which was written (and suppressed) in Stalinist Russia over the course of Bulgakov's life, wasn't published until the late 1970s. In the novel—part political satire, part magical fantasy, part love story—the devil comes to Moscow and wreaks havoc on the nascent Soviet state.

Gideon Lester, director of Bard’s Theater and Performance Program, cowrote the stage adaptation with the celebrated Hungarian director János Szász, who directs the Bard production. This is the first US stage adaptation of the novel in more than 20 years.

Listen in as Gideon Lester discusses the process of adapting Bulgakov's sprawling masterpiece, as well as upcoming plans for the Live Arts Bard program, which he founded and runs. Jay Blotcher, who wrote a preview of Bard SummerScape 2013 for the July issue of Chronogram, also joins the podcast.

Podcast Episode 17: Gideon Lester
A talk with Gideon Lester, director of Bard’s Theater and Performance Program and co-adapter of Bard SummerScape’s production of “The Master and Margarita.”
Update Required To play the media you will need to either update your browser to a recent version or update your Flash plugin.

"The Master and Margarita" runs from July 11-21 at Bard's Fisher Center. For ticket information, and details about other shows planned for the 2013 SummerScape season, click here.