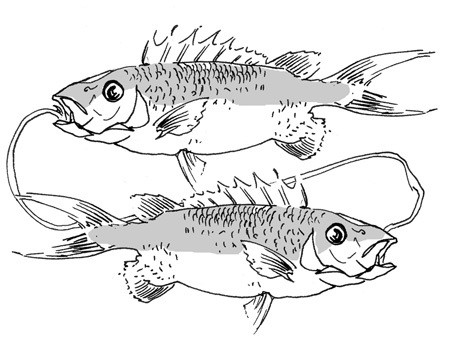 ARIES (March 20-April 19)
What you need to conclude the matter is to begin. That is often the way of endings, and that’s how it is now: to resolve or free yourself from the past, reach for the beginning, and commence. You are likely to experience one or two significant moments of insecurity as you do, which I would classify as false lack of confidence. One may involve money, that is, the idea that you don’t have enough of it or you can’t handle yourself. That is part of the risk. In business, there tend to be two kinds of ventures: Someone’s father-in-law buys them the whole thing; or someone starts with a roll of postage stamps, a used computer, and an idea. You are better suited for the second kind, the one that takes more nerve and leaves you with your independence. I’m not sure you’re the guardian angel type, but if you are, you can trust those critters—you seem to have two of them watching over you. I know you’re wondering whether you’re really fated to survive or succeed; I suggest you put as much of your energy as possible into trust and as little as possible into worrying. The people around you are committed, and everyone is ready for change, if you will stand up and lead the way. Progress is focused around the 10th, when Mars stations direct, and the 20th, when the Sun enters your sign.


TAURUS (April 19-May 20)
Stop hopping and walk on both feet. Just because you don’t know something doesn’t mean you won’t find the solution; to the contrary, you’re all the more likely to discover it because you know that you don’t know. As usual, the main thing standing between you and your own intelligence is fear. I don’t think you’ve quite discovered that rather than solving anything, fear scatters your intelligence and shatters your confidence. In case you “get that intellectually” but need it explained to you on another level, fear is simply negative expectation. Such never creates a positive outcome. Something else always does. The calculus that you tend to run is: If something changes, the change will be for the worse. Therefore, it’s better not to change. This, consequently, blocks your eagerly wished for or sought after progress. Frankly, this is a lame excuse not to make your life a better place. Those steps begin with committing to guiding your life with something besides insecurity. What would that something be? Tangible, focused, unfettered desire. Set a goal and work for it. It does not matter what—as long as it’s something you want specifically. For example, don’t try to “get a job,” aim for exactly the work you want to do. Focus your intentions; know what you want, and act on it. This will take up all that space that fear was taking from you.


GEMINI (May 20-June 21)
The whole spiritual thing seems to confuse you; however, it’s clearly growing on you. Think of it as a level of thought without words: a dimension of concept free from structure. Think of it as an opening in your mind, and what comes through is living information. If you relax, allow, and let go, this information will help you structure your other ideas and indeed your whole life around it. If you want to live for a principle, this is the one: the steady flow of energy that’s the essence of consciousness itself. Meanwhile, in the outer world, focus on cooperation. Move past outdated acquaintances and stale hostilities quickly. Don’t hold on to them; let them go with the ease of exhaling. Make a habit of transitions. Know when the time for something has arrived, and when it is up. You are preparing for one particular transition that you may not know about yet. It involves the work you do. Themes involve 1) doing something with this brilliant quality you have of not fitting in and 2) focusing your misty notion of a goal into a clear sense of mission that is guided by the living information. This will require trust because you will be making moves that are not preceded by the usual astonishing amount of mental chatter and debate. You will simply know and trust. The time has come.


CANCER (June 21-July 22)
Get ready to make the big moves: a series of them, which coincide with a sequence of events focused on your house of career and reputation. Prepare to depart from hangups about money and confidence and notions of your mission being too weird or unattainable. The first thing you are claiming as part of this process is your originality. In case you haven’t experienced it personally, consciously, originality doesn’t feel like you think it will. It has two main properties: a feeling of fun and a sense of clarity. And I would add: function. There won’t be a professor looking over his glasses saying, “That is original.” The feeling comes from you. It may be subtle. If you get the message “hot idea, let’s do this,” then do it. Give yourself permission to act, to initiate, to be different. One of the inner entities you must address is part of you obsessed with self-control. Ask yourself what kind of authority you want to be in your own life. Since you’re in the position of being your own boss, what kind of boss do you want? You have a variety of choices. One of them is whether to orient on the past or the future. Another is to state your desires as an affirmation or as a negative; to deny or to desire. Finally, how do you plan to work with the limited time you have? Consciously, or not?