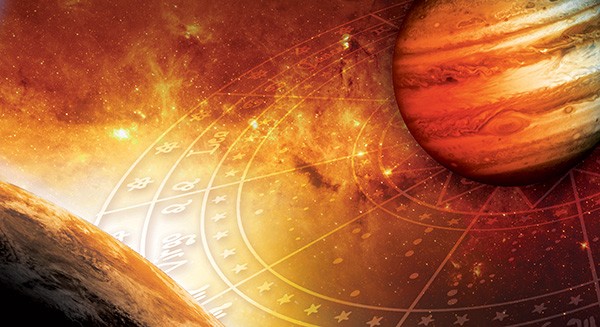 July is the month when Jupiter changes signs to Leo. Jupiter takes about 12 years to go around the Sun, so it spends about a year in each sign. It's been in Cancer since last summer, and quite a time it's been. During this phase we've lived through some genuinely challenging astrology that is, as I write, letting go of its grip. That's happening exactly while you may be finally getting a grip.

Jupiter is what's called "exalted" in the sign Cancer, meaning that it's a very strong placement, which I believe has offered protection from what otherwise could have been considerably more difficult. One of Jupiter's roles in the solar system is to attract inbound objects such as comets and little asteroids, which prevents them from hitting the Earth. Jupiter can work a similar way in astrology.

To my perception Jupiter in Cancer has also been about guiding us in the direction of keeping matters focused on an emotional level. That's a fine line to walk in a world that tends to deny feelings and create situations where it seems like vulnerability is dangerous or impossible. Then, as much as people claim to want others to be present in their feelings, or even to express them, they can get just as freaked out when they meet someone who actually does that.

Now Jupiter is about to change signs, from water sign Cancer to fire sign Leo. This happens July 16, with another peak soon after on July 24, when the Sun makes its one and only conjunction to Jupiter in Leo for this cycle. Now is the time to adjust to the new environment, drink up this rare energy with every cell and put it to creative use.

In my perception, the core message of Jupiter in Leo is about focusing on self-esteem. This is directly related to courage. It's my observation that the most troubling spiritual crisis of our society and our time in history involves self-esteem, which you might think of as self-respect, and which I will do my best to demonstrate is really about cultivating a healthy relationship to yourself and your existence. Courage, or coming from the heart, is integral to this.

We have just experienced more than six months of consecutive retrograde inner planets. This is fairly rare. Inner planets, because they're closer to the Earth, are retrograde a lesser percentage of the time than are the outer planets. They tend to have more pronounced effects, and they speak to topics that are more readily accessible and that seem more personally relevant.

Sometimes inner planet retrogrades happen simultaneously and other times they spread out throughout the year. And sometimes they come on one at a time, like in The Five Chinese Brothers. Since the Capricorn solstice, first Venus, then Mercury then Mars, then Mercury again, have been retrograde, end to end. No sooner did one retrograde conclude than another one began. This pattern ends/ended on July 1, when Mercury stationed direct in Gemini.

Inner planet retrogrades put us into contact with inner reality. They bring up the past, they resurrect unresolved material and have a way of peeling back the layers to show us what's in there. Also, when an inner planet makes a retrograde in a certain sign, it sets the theme and tone of that planet through the next cycle. Let's take them one at a time, in short format.

Venus retrograde in Capricorn (December 21, 2013 through January 31, 2014) described the highly structured ways most people think of "love." Structured means packing all kinds of rules around feelings—such who is supposed to relate to who and why or why not, and how and when, and trying to dance to expectations that others have on you, or that you have of them. Think of how easy it is for people to go into scandal mode, even when nobody is being harmed and everything is perfectly legal.

This transit was also a challenge to all the judgment and guilt that normally attends loving or sexual relationships. Much of that judgment and guilt is fed to us by family members, religion and peers who got it from their families and religion. Then it's reinforced by culture and represents the toxic emotional brew that so many people simmer in. The response is generally to adopt a public relations position of prudery and purity, then go for the wild debauchery when nobody is looking, a nearly perfect identikit of Venus retrograde in Capricorn.