Newburgh’s restaurant scene is heating up, rivaling the sultry 800-degree temperature inside chef Bruno DiFabio’s gas-fired brick floor pizza oven. The world-class pizza thrower and Food Network veteran has been hand-stretching dough since he was a teenager in Yonkers. After three decades in the pizza business, DiFabio has made a splash in the Hudson Valley dining scene with his new restaurant Pizza Union: Gastro-Kitchen & Bar, whose concept marries contemporary Italian fare with genuine hospitality that has been delighting diners since its ribbon cutting in August. Beyond the eatery’s unassuming facade, a slice of heaven awaits. The recent interior remodel relies on exposed brick and reclaimed wood to set the tone. An authentic Italian pizza oven, sheathed in copper and flanked by sleek white subway tiles, anchors the open concept kitchen where DiFabio’s signature pizza Romana—a square pie that employs the “poolish” dough method and requires a 72-hour fermentation process—is on the menu alongside more traditional round pies. 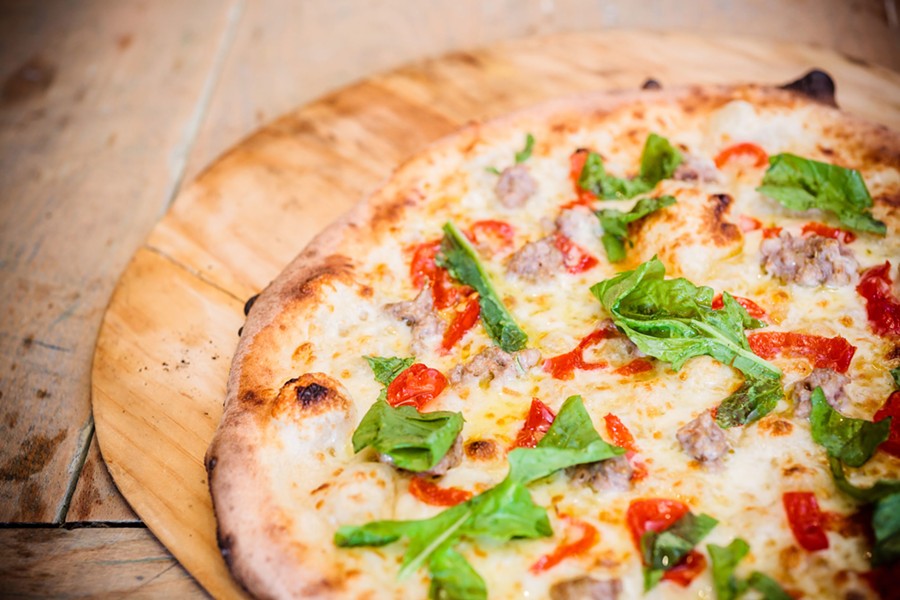 Appetizer (cicchetti) selections include roasted tiger prawns ($15) and lasagna balls ($11); creative salads abound, including In The Tin ($12), brimming with mixed greens, tomatoes, pancetta, avocado, egg, pepitas, gorgonzola, and topped with house made ranch dressing. Pastas, including the house made potato gnocchi ($17) with bolognese ragu and and lasagna di casa ($17), share space on the menu with shrimp risotto ($24), chicken parmigiana ($23) and steak pizzaiolo ($29).  Save room for from-scratch desserts ranging from classic tiramisu ($9) and butterscotch budino ($9) to chocolate lava cake ($10). 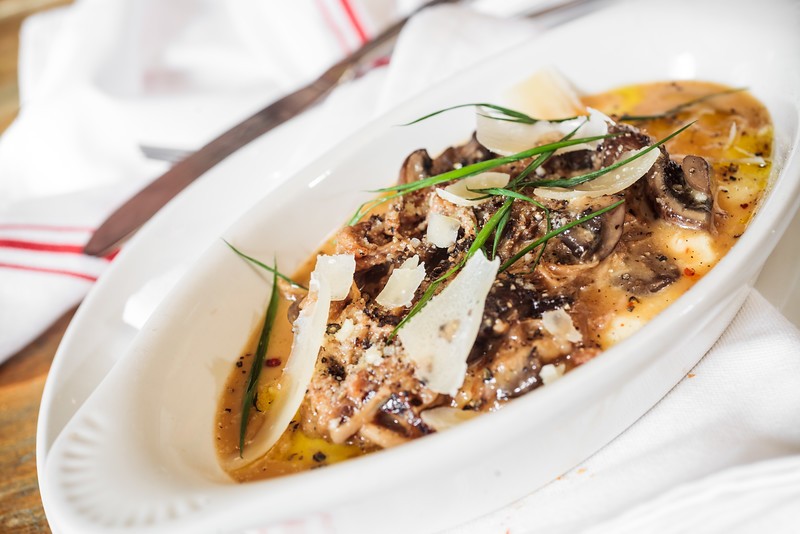 Perhaps the only question that remains is why six-time World Champion pizza chef DiFabio chose Newburgh for his newest digs. “While it may seem to be a new territory for me, it’s really just a broader extension into a state that I love,” says DiFabio in a nod to his Westchester County restaurants in Irvington and Scarsdale.“Newburgh has embraced our traditional pizza and Italian restaurant with new-school ideas. We may have seemed a little quirky at first, but there’s no denying a pizza done right.” 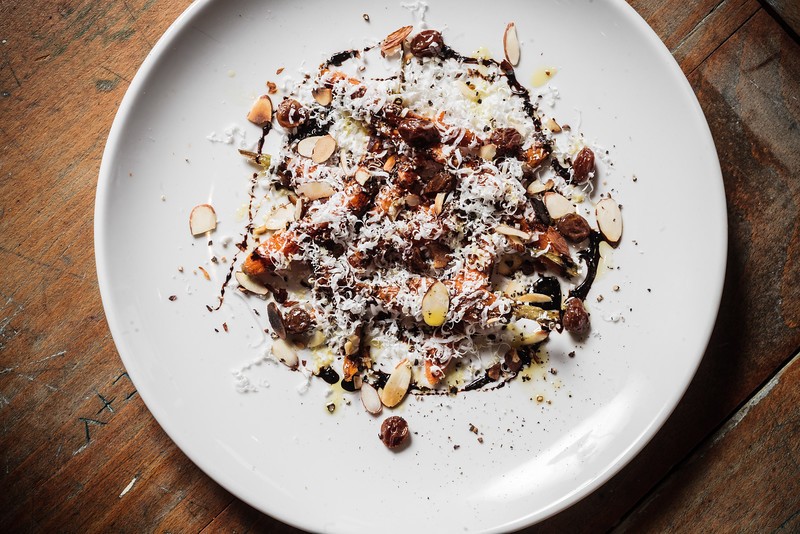